Science Fiction Week continues with this entry from the waning days of World War II, and the inimitable Planet Comics.

When the guys were at war, the gals helped by stepping in. That was true with Rosie the Riveter, her part in war production, and to a much lesser degree in comics. Some of the women who got into the male bastion of comic books during this time drew as well as, if not better, than many of the men. These three stories, "The Lost World" by Lily Reneé, "Mysta Of the Moon," and "Gale Allen" by Fran Hopper, are good examples.

After the war Lily Reneé worked for several years in the boys' club of comics, but Fran Hopper eventually left to go into another field.

I think Planet Comics was at its peak at this time. Bug-eyed monsters, beautiful leggy babes, and even if some--did I just say "some"? I meant "most"--of the stories are ridiculous, they sure are fun to look at. Pure pulp, through-and-through. These three stories are from issue #37, 1945: 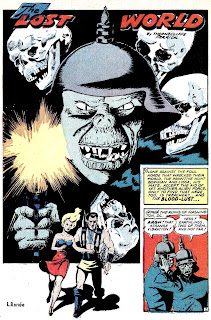 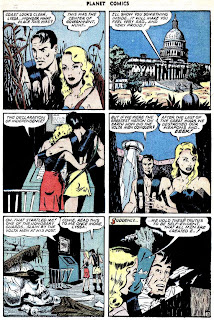 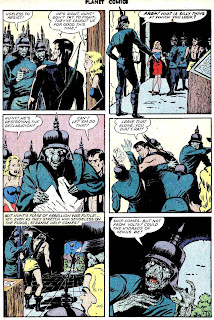 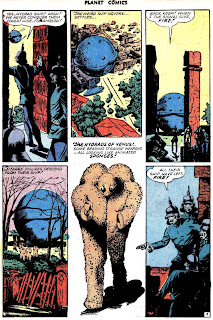 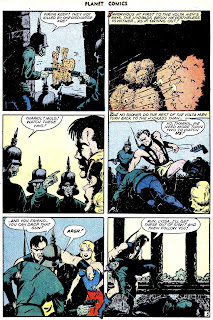 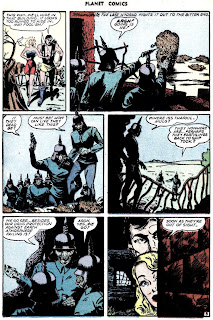 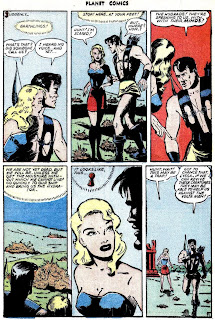 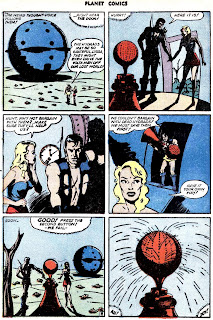 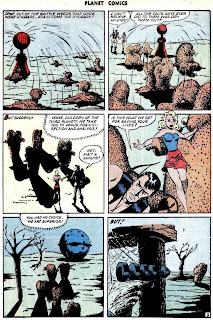 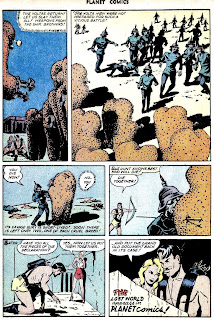 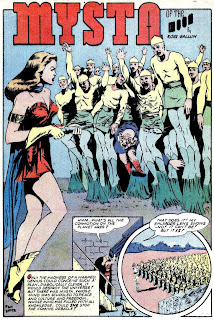 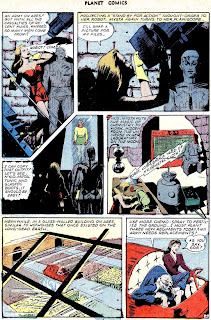 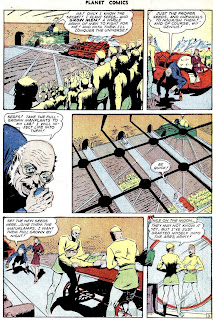 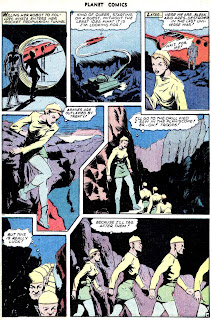 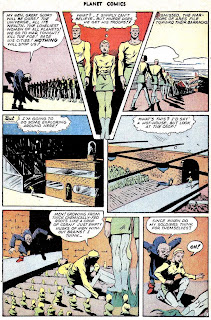 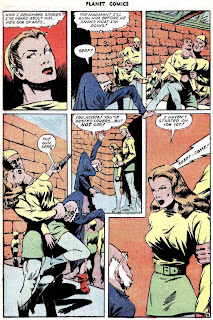 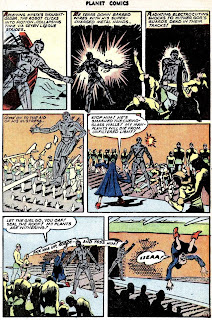 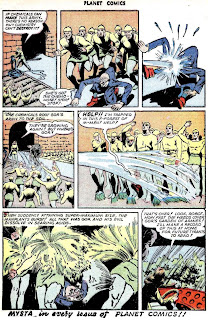 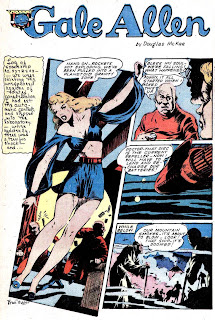 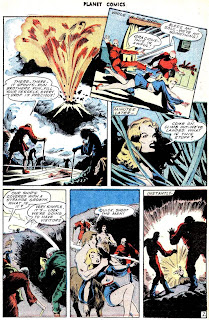 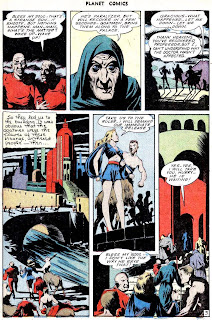 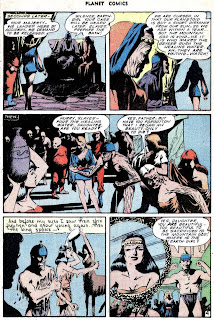 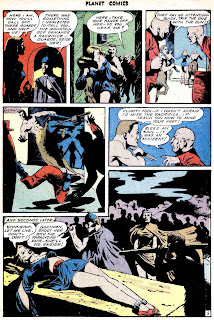 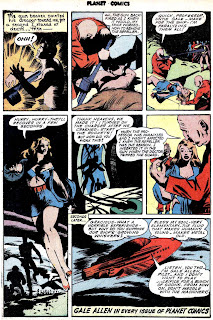 I don't think I ever realized these were done by women. Thanks for the low-down Pappy!

Planet Comics and Fiction House had a Who's Who of famous comic book artists. There were only a handful of female artists, but they were great.

For more Lily Renée, I showed a sexy, weird Abbott and Costello story by her in Pappy's #500.

Them Hydrad walking ball-sacks don't scare me none; they are super-sensitive no matter where you kick'm ! Their mortal enemies are the Giant Crabs from Uranus nyuck nyuck !