Number 795
Comical Comics Week: "Ah is de craziest 'gator in de world!"
This is day two of Pappy's Comical Comics Week.
The genius of Walt Kelly doesn't hide in the Pappy archives for long. I try to show one of his stories when I think I've been away from him for a while. "Internal Intern" starring Pogo, is from Albert the Alligator and Pogo Possum, Four Color Comics #105, from 1946.
This is the older version of Pogo, which, if you're a Pogo fan and not familiar with it, takes getting used to. Pogo had a nose job and over time got cuter. Albert pretty much stayed the same as he looks here. This strip has Pogo's name in the title, although Albert is given top billing on the cover. Albert was the early star of the strip, his look established sooner. But he would soon give way to Pogo, who was moving up fast, eventually overtaking "de craziest 'gator in de world" for superstar status. 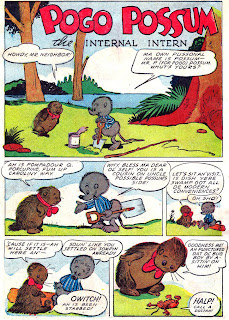 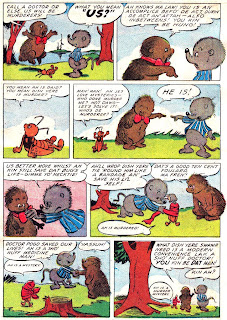 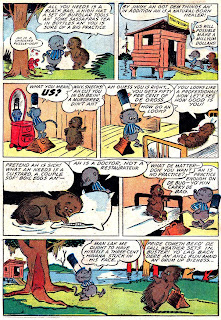 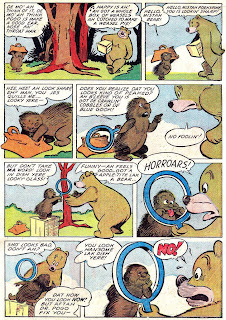 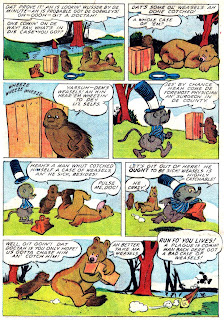 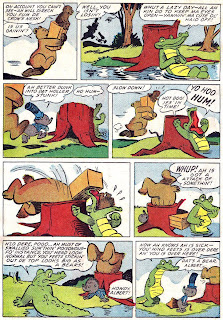 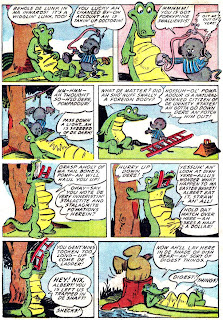 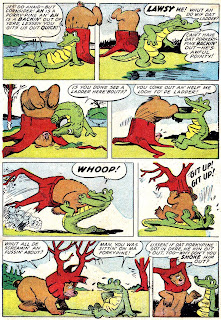 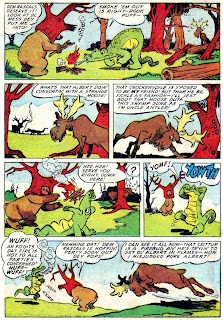 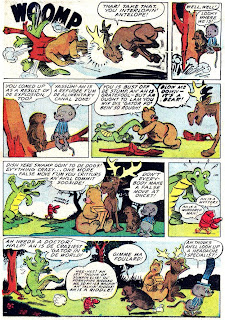 Is this porcupine the later Porky, whom you NEVER saw smile?

Sorry, Kirk, I don't know, but I doubt it. In 1946 Kelly was a ways away from developing his final cast. I'm sure his later Porkypine had his genesis in a character like that porcupine, though.

Man, it's hard to beat Kelly for pure, franctured-language funny (not to mention some of the greatest cartooning ever!) Great post, pappy. You can never go wrong with Kelly!

I totally agree, Mykal. It's always good to have some glee and perloo.