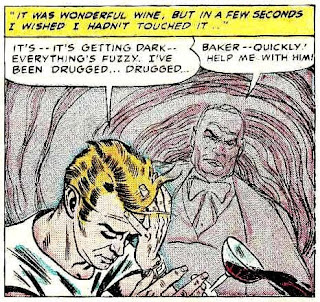 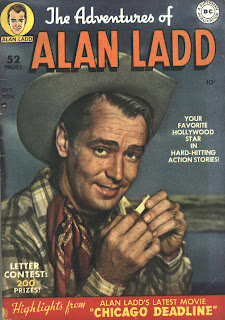 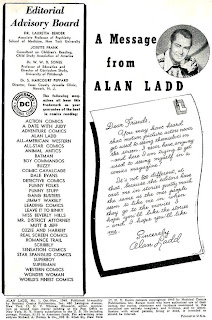 In the comics Ladd was presented as what he was, a movie star, albeit a star who got into adventures apart from his movie career. According to the Grand Comics Database, "The Damascus Diamond," from Alan Ladd #1, is drawn by Joe Certa and Sy Barry. It takes its plot from The Maltese Falcon. Ladd's comic book co-stars story remind me of Sydney Greenstreet and Mary Astor. 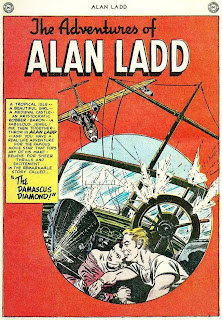 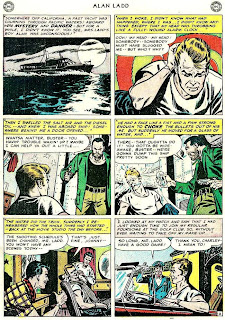 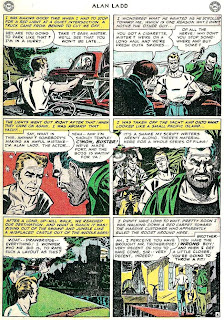 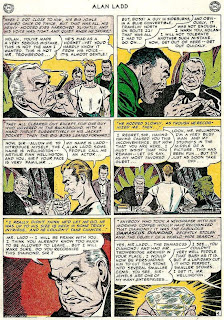 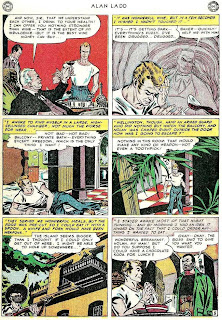 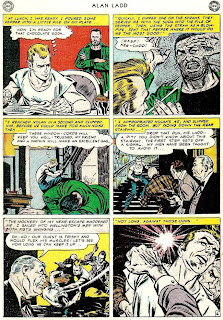 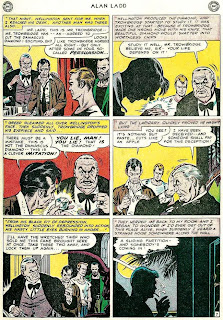 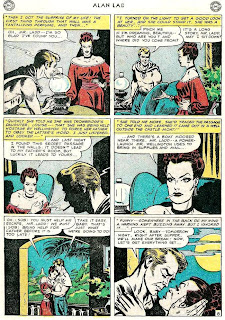 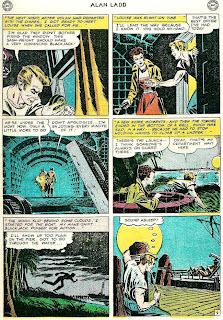 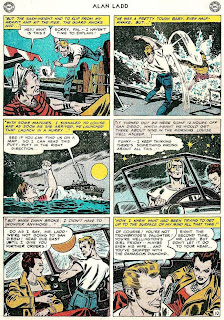 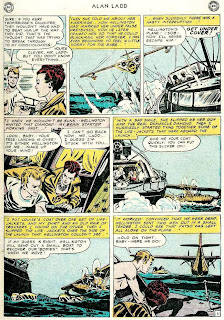 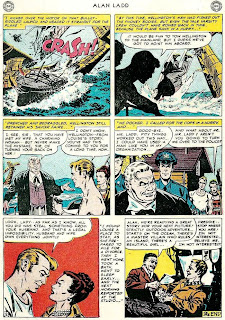 Not a bad little adventure tale Pappy, the art is certainly very nice. I have to admit though I like Alan Ladd alot better when he's got gorgeous Veronica Lake messing things up for him.

Very decent. I wonder if DC wanted Humphrey Bogart, but he held out for too much money.

Alan Ladd as Shane in the movies...immortal.

Alan Ladd as the star of Box 13 on the radio...classic.

Louise must have been really, really short.