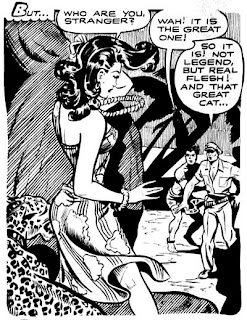 
The title sounds like it's describing Karswell's office, doesn't it? This story, reprinted from Ajax-Farrell's Voodoo #1, is by Matt Baker. I scanned it from the black and white incarnation in the 1969 Terror Tales Volume 1 #8 (actually #2 in that weird way Eerie Publications numbered their magazines).

It's got Baker artwork, with some added ink shading and spurting blood (by editor Carl Burgos, maybe?) It's also got horror elements: the shrunken heads, a cheating wife, vengeful husband and a cigarette smoking skull. That's good enough for me!

Go back to Pappy's last Wednesday to see more Baker artwork on his great Canteen Kate feature from Fightin' Marines. 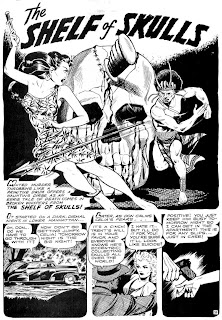 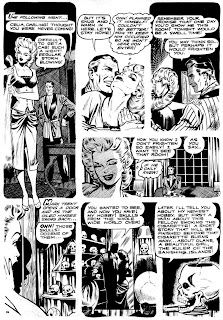 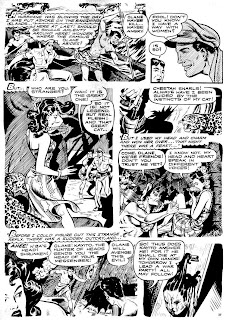 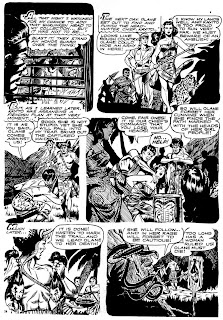 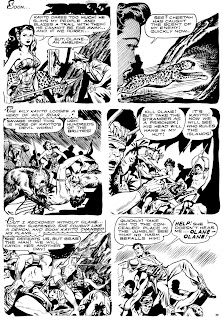 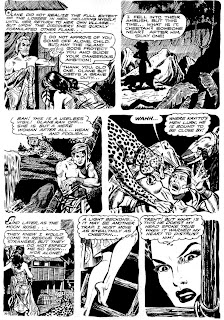 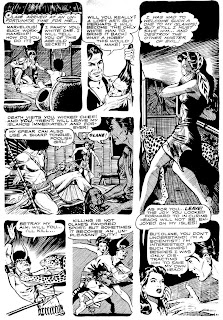 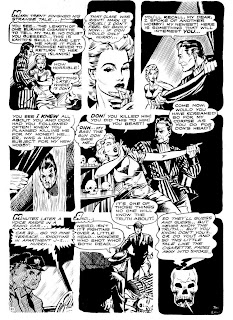 Haha, thanks Pappy... I might have to borrow that line and use it on THOIA somewheres.

This is gorgeous! They don't make 'em like they used to...

Great stuff, Pappy. I used to think that Baker left Iger for good in 1948, but now I see that is not the case, with the Iger horror-era stuff by him that you've posted.