Alex Toth did this 5-page strip for Drag Cartoons publisher/editor/cartoonist Pete Millar in 1963. These are scans of the originals, dug out at some point in my career of internet mining.

Note the label for Grafix paper. That paper was chemically treated; a second chemical applied by a brush brought out a pattern that the lithographic camera saw as line art. Grafix was once called Craftint. In 2009 due to low sales and a changing market it was discontinued by its manufacturer. Goodbye to an era, comic book fans! Craftint/Grafix was used to great effect by some of the best cartoonists of the Golden Age.

Tomorrow, back for one more posting from the EC New Trend era, as we find Feldstein and Ingels in love! 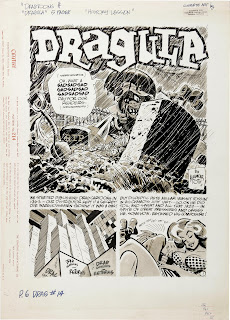 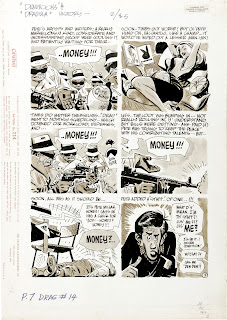 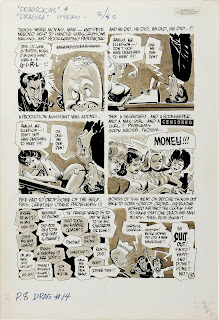 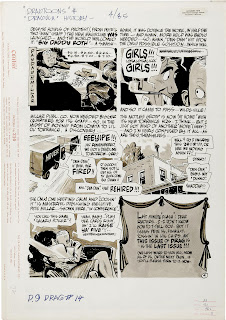 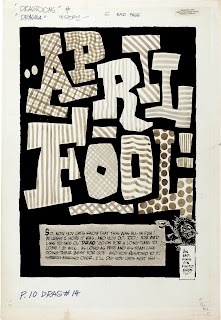 WOW those original Toth pages are phenomenal !
Thanks for posting these!

You're a prince for sharing these amazing treasures with the community - many thanks! :^)

Hummina! Hummina! Thanks for this -- and now to post a link to your blog from my blog!

Toth was truly one of a kind ... I remember when he intro'd 'DRAGULA', I can remember ONLY his story from that issue!

WOW! Talk about rarities in the comics business...particularly in the very narrow niche market of hot rodder funnies.

My brother and I treasured our very late '70s - '80s-era CARtoons Magazine collection like gold, even wondering and speculating how much each intact issue with the two iron-on transfers would fetch.

Sadly, when our attention turned to other youthful interests (girls, of course), we neglected our stash and let them be snapped up by friends, tossed out, or whatever. I could have replicated the T-shirt transfers by scanning them and making high-quality iron-on prints or even screenprints, but didn't.

There needs to be much more laud and honor laid out for CARTOONS and its crazy gang of motorheads.