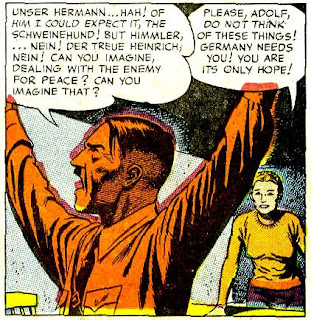 
Adolf Hitler's 121st birthday is April 20. We know that Hitler died a suicide on April 30, 1945, but at least one of these Hitler stories from Atlas Comics' Battle shows us different.

Well, that's because it's a comic book and not real life...or would that be real death? Both of these stories, the first by Russ Heath in Battle #16, and the second, by Werner Roth in Battle #17, 1953, play loose with the truth while mixing in some real people and events for verisimilitude. Factual or not, they are both dramatic and well drawn. 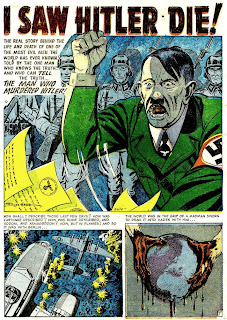 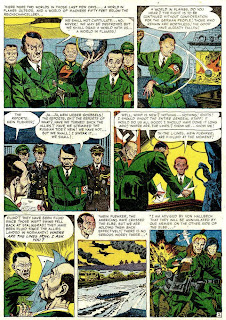 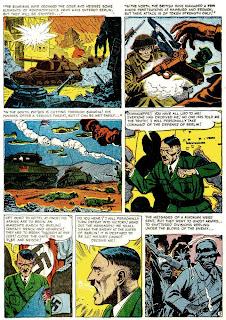 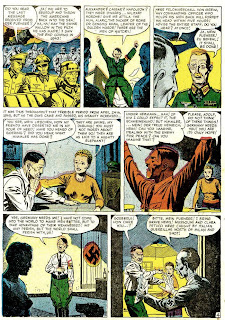 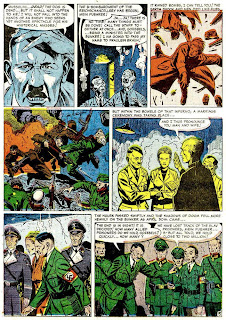 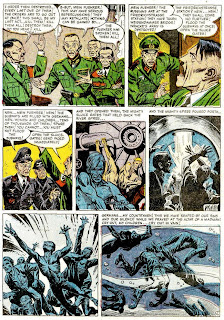 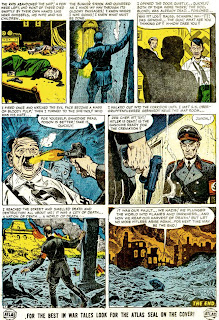 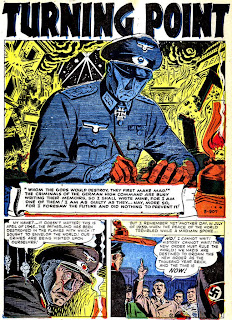 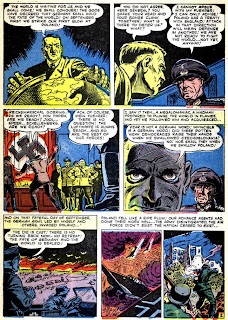 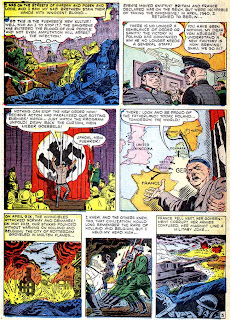 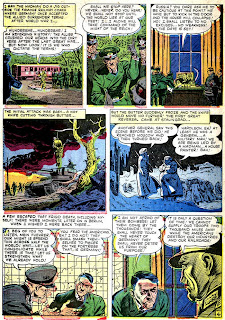 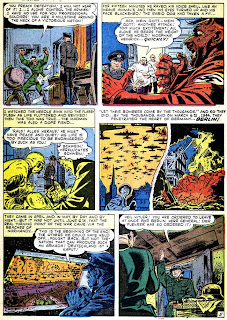 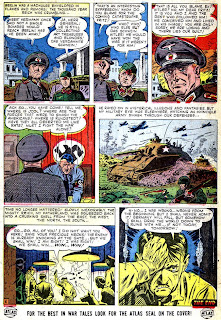 Some Americans learned a lot from Nazi Germany on how to get things done, ja? Have some tea, there isn't any tea...

Actually everybody knows that Hitler and his cronies were machine-gunned to death in a Paris cinema by a team of Jewish Allied soldiers led by Lieutenant Aldo Raine.

As bad as Hitler's portrayed in both stories, neither one mentions the Holocaust. Guess it was still a taboo subject in 1953.

There really wasn't much about the Holocaust in comic books, surprising considering how many publishers, editors, writers and artists were Jewish.

Or maybe not such a surprise. The Hollywood studios were started by Jewish entrepreneurs, and there weren't many movies of the era that mentioned or featured the Holocaust. All I can think of offhand are The Diary of Ann Frank and The Pawnbroker.

Thanks for the comments, guys.

The human condition means there will be many more Hitlers (Saddam was probably one of them). And many more comics about them. We need help...

on a lighter note, I'm more of a child of 80s comics and those Hitler strips remind me a bit of John Byrne, is it just me or was John a fan of this artist?