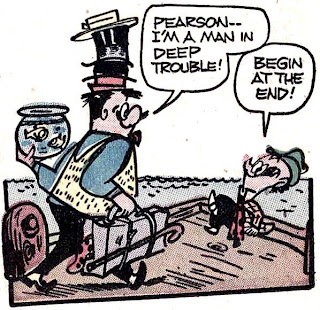 
I've spent a couple of very enjoyable days reading Craig Yoe's The Complete Milt Gross Comic Books and Life Story. Gross is an artist whose newspaper work I had some familiarity with, but Gross's comic book work can be somewhat obscure and had somehow slipped by me. Yoe solves that problem by reprinting every comic book story Gross ever did. 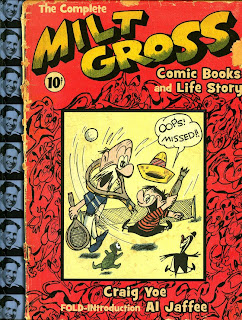 Gross was an old-time cartoonist, born in 1895, who was a contemporary of some of the greatest newspaper and animation cartoonists of the early 20th Century. His cartooning style was screwball, which isn't to say his strips were ridiculous, because they weren't. He would use his totally freewheeling style to illustrate some very tight gag-laden continuities. It's why he worked for a time in animation, as a gag man for Chaplin (for a very short time, finding Chaplin hard to work for), and even as a writer in Hollywood. He published several books, had newspaper strips with millions of readers...you get the picture. The fact he's fallen out of the public's consciousness now is a shame, one that Yoe can help set right with this book.

Gross's character, Gaylord Ginch, in his feature "That's My Pop!" is a classic lovable layabout. I've scanned the one Gross "That's My Pop!" story I own, from Moon Mullins #2 in 1948, which also appears in Yoe's book. The gags come thick and fast in all of Gross's work as you'll see in this 16-page strip. Leading off Yoe's book is an epic feature length story from Milt Gross Funnies #1 in 1947, featuring Ginch, his buddy Pearson, his adoring son, his forgiving wife, and unforgiving harridan of a mother-in-law.

Other Gross classic strips appear: Banana Oil, Count Screwloose From Toulouse, Pete the Pooch, and Moronica, a character who was taken over by others after Gross left comic books.

Yoe's book is a bargain even at full retail of $39.99; you'd pay a lot more than that to collect all of Gross's comic book work (admittedly, his was a short career). Like George Carlson (coming up in a future Pappy's Golden Age posting), or Ed Wheelan (yet another of his "Comics McCormick" strips coming up in the next couple of months), both well established cartoonists who turned to comic books late in their careers, Gross's career in comic books was a comet that blazed bright and was quickly gone. But over 60 years after his comic book career ended Yoe is able to put it all between the covers of one book.

This is not a small book; it's a bicep-stretching 4 1/2 pounds, laminate cover, heavy paper stock, a book meant to last long past my tenure on the planet. It gets the highest recommendation from Pappy for being a classic collection.

Available from www.idwpublishing.com here, as well as the usual booksellers. 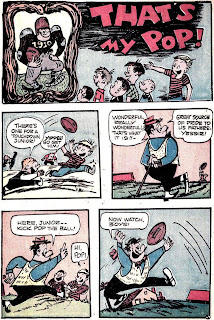 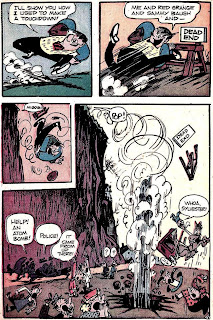 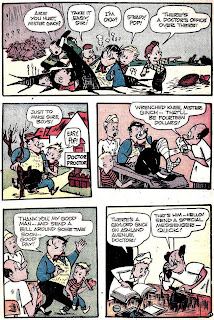 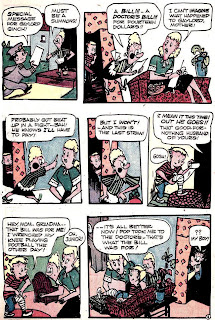 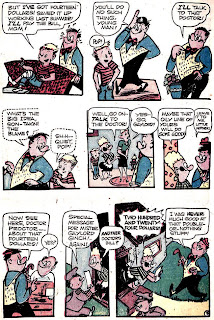 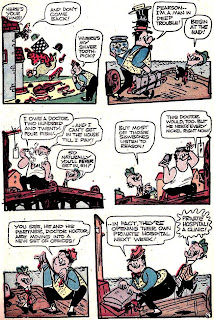 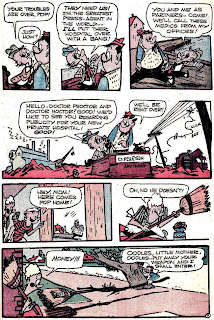 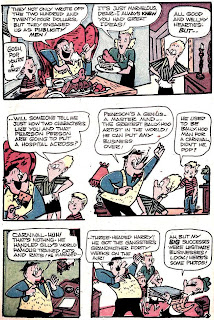 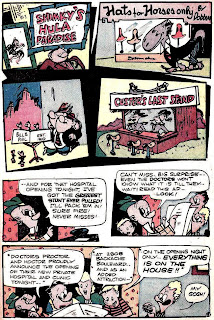 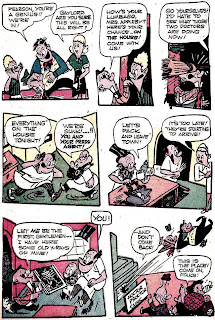 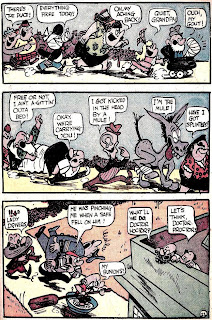 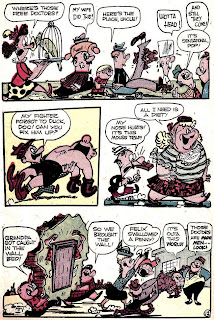 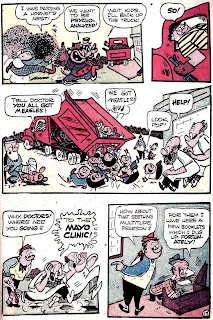 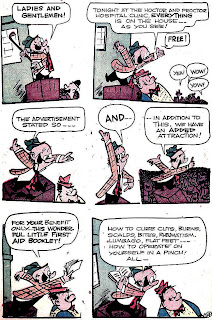 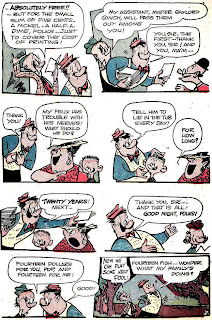 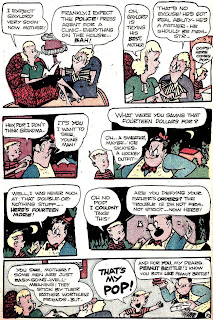 It's so great to see Milt Gross getting so much attention lately...his stuff is cartooning at it's best!