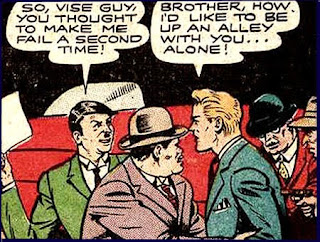 
Daze of future past

I love stories from years ago that when written told of a distant future, now in our real life past. That describes this Stuart Taylor story from Jumbo Comics #89, published in 1946.

Alex Blum does the artwork for this story. It was probably written by his daughter, Toni, writer for the Iger shop, supplier of material to Fiction House. We get their impression of the faraway future world of 1975, where Adolf Hitler, who is still alive, is again planning world domination. And how does Stuart Taylor know this? Because some dumb Nazi drops the original plans for world domination out the window and Stuart finds them!

I love the clothing styles of "1975." Hitler in short pants and sports coat. How chic.

In the real world we know that Hitler didn't survive until 1975, but if he had he would have been 86. Many people live to that age and beyond. But the Hitler in this story looks much like he did in his prime.


Thanks to Marble River for the scans. 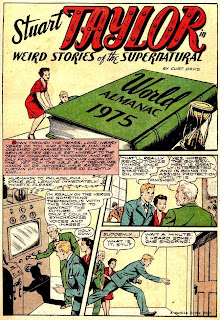 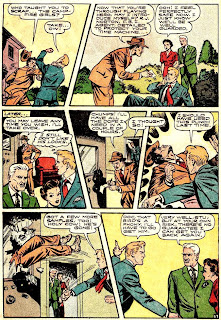 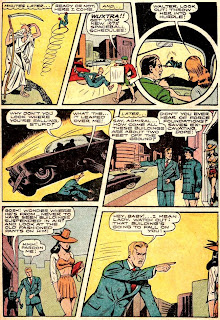 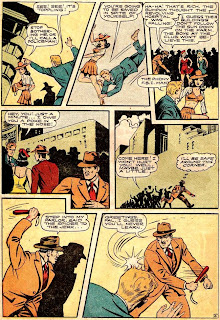 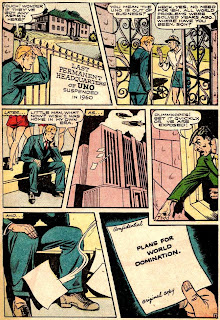 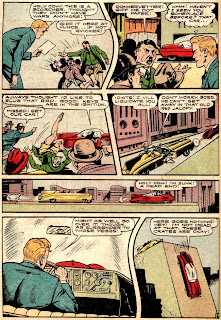 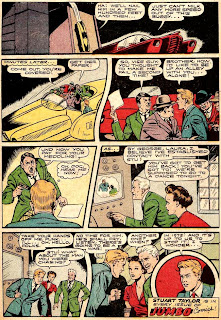 If you haven't had enough Hitler, we have two more Hitler stories coming up on April 16.

Holy crap, that was ridiculous!
I loved it! That story could have easily been one of your "turkeys" for Thanksgiving, Pappy!

There isn't anything about that one that isn't worth laughing about. Makes you wonder why the paper that was entitled "Plans for World Domination" didn't have the words, "by Adolph Hitler" written underneath!

Thank God none of this ever actually happened in 1975, especially the fashions...or did it?

There are some, myself included, who think the fashions of 1975 may have actually been worse than those predicted in this story.

Can you dig it?

Huh, wh—? I thought that dress shorts were fashionable in 1975! Geez! No wonder I was socially unsuccessful.

They were certainly fashionable in Bermuda. Still are.

Marble Rover corners the market on always having the coolest stuff ever!

Huh. Interesting what you readers notice; in this case short pants. Despite the snow on the ground today at my house, spring will soon be here, and it'll be time to get the shorts out of the closet and let the breeze blow on my knees.

When it comes to shorts and sartorial splendor, Hitler has nothing on Pappy.