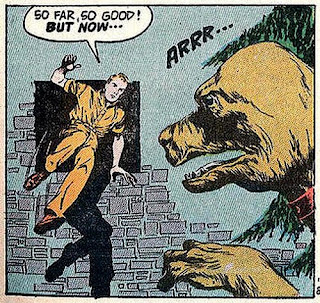 Number 698
Comic Artists Must Pay the Penalty!
According to biographical information on John Rosenberger, who was also known as John R. and occasionally John Diehl, he suffered a nervous breakdown at some point in the early 1950s. Comic book work was very stressful for him at the time. He went into painting covers for paperback books, and was coaxed back into comic work by ACG editor Richard E. Hughes. Rosenberger and his wife moved to Levittown, Long Island, New York, to be close to Hughes and his wife.
Rosenberger had a wonderful clean style, and I noticed it during the 1950s in Adventures Into the Unknown and Forbidden Worlds. He went into superhero work at Archie with his co-creation, The Jaguar, with writer Robert Bernstein. The Jaguar was a character I didn't like so I lost track of Rosenberger. He went on to DC and did various projects, including love and superheroes featuring his beautiful female characters. 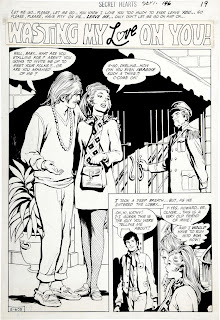 Rosenberger had a heart attack and then cancer. He died at age 58 in 1977.
These two examples of his work are a 1956 Adventures Into the Unknown story done for Hughes at ACG, and a story for Ace's Crime Must Pay the Penalty #40 in 1954. Both of them show Rosenberger's fine drawing, which included inking his own work. There's no word as to whether he repeated the nervous breakdown that drawing comics caused him earlier in his career. 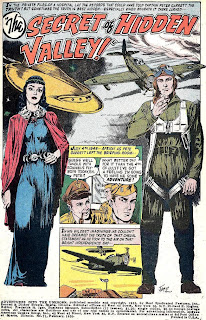 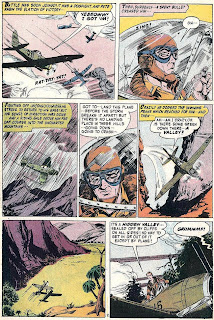 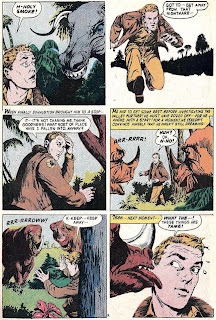 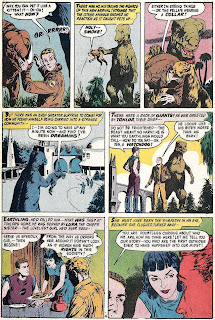 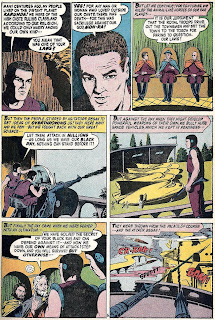 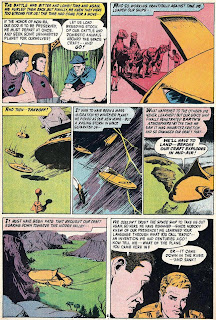 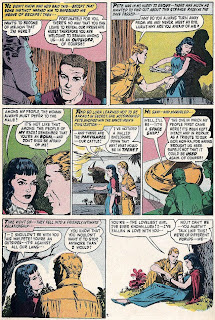 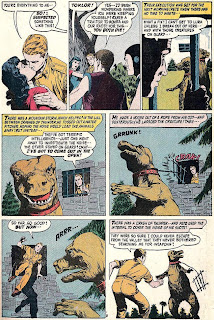 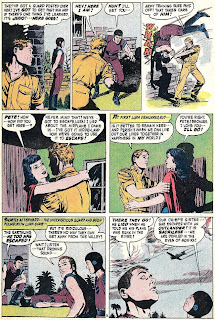 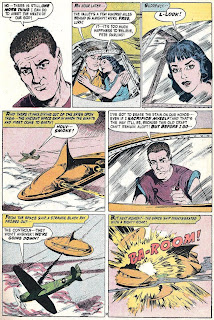 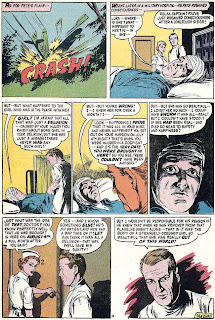 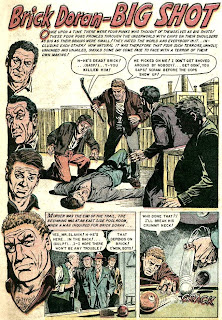 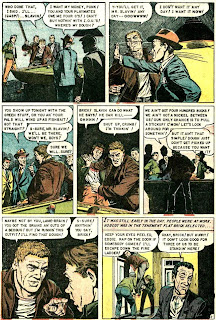 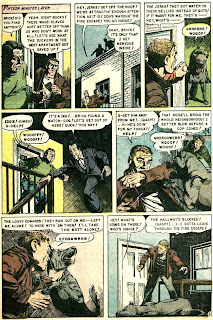 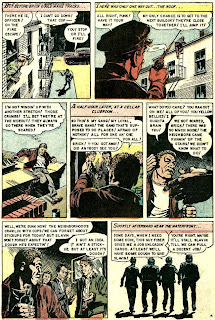 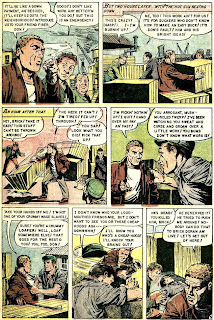 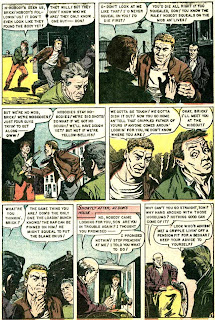 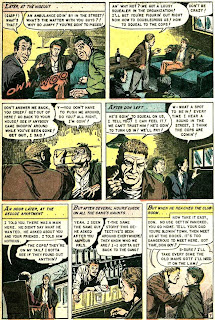 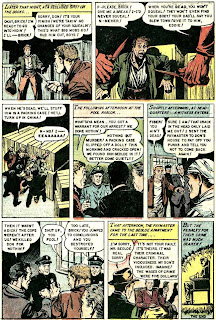 This is why I love your blog, Pappy. Rosenberg is best known (if known at all) for his Jaguar work which i have to say was not my cup of tea either so thank you so much for bringing these gems to light.

Rosenberger also did the Fly, which, in my opinion, might be the worst superhero ever. My junior high comic book buddy, Ronnie, once asked, "What's the Fly's power? To land on shit?"

So under-appreciated is Rosenberger that even fans of his work misspell his name! How humiliating.

Yeah, Rosenberger was not cut out for super-hero work -- at least not by that stage in his career -- but fortunately he did produce some wonderful pre-hero stuff leaving a lasting testament to his true and considerable talents.