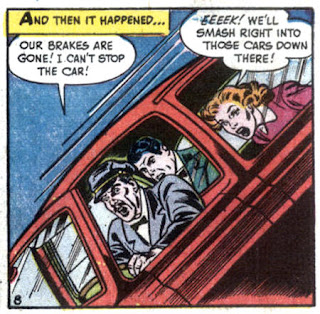 
"Private eyes, they're watching you...they see your every move..."


Considering how popular private eyes were in books, magazines and television, they didn't seem to have the same kind of following in the comics. I can't think of any traditional private eye characters that had much of a shelf life in the panel format. Ken Shannon, the big Irishman with the lantern jaw and bowtie, had a fairly good run for Quality Comics in the early '50s, appearing in Police Comics and in his own series for 10 issues. This story, from Ken Shannon #1, 1951, features distinctive Reed Crandall pencils and someone else's heavy hand for the inking.

Dan Turner, Hollywood Detective, came from the pulp magazines, and had his own magazine for a time. It was part of the Spicy group, with a past conjoined with the DC Comics empire (although kept well below the radar). Spicy pulps ran a comic book story in each of their pulps, so this story, scanned from the Eternity Comics reprint of the '80s, is originally from an issue of Spicy Detective published in 1943.

Robert Leslie Bellem, who wrote the story, also wrote all of the Dan Turner text tales. His snappy writing included such deathless prose as "A roscoe sneezed. Ka-chow!" Adolphe Barreaux, who had drawn the Sally the Sleuth series, drew this tale of Dan and some zoot suiters, in a nod to the riots which had occurred between U.S. servicemen and Mexicans in the Los Angeles area. The song, "Zoot Suit Riot" by Cherry Poppin' Daddies, is about this incident. In the Dan Turner story the dastardly Japanese spies are trying to make our good neighbor allies, the Mexicans, look bad by impersonating them!

Turner also gets the empathy-of-the-month award for his handling of bad news, telling a man his sister is dead: "You must be Sammy Kee. It was your sister who got bumped." 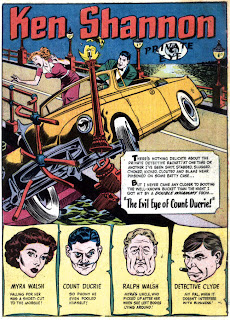 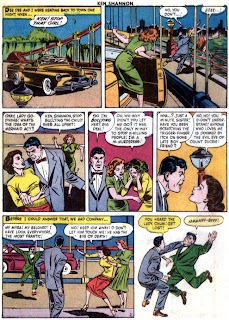 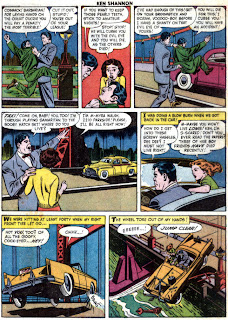 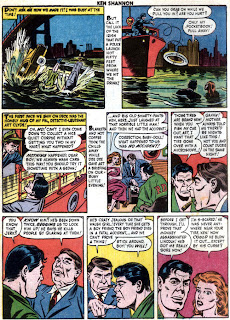 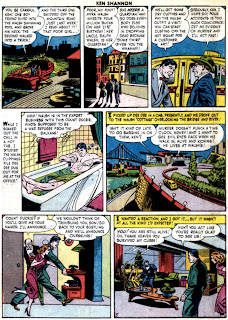 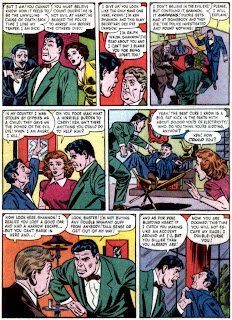 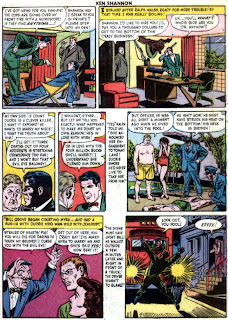 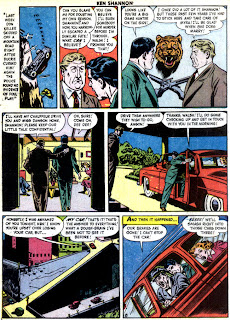 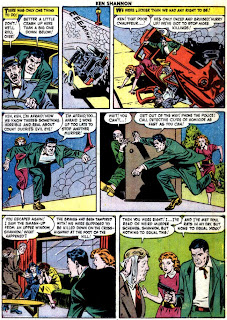 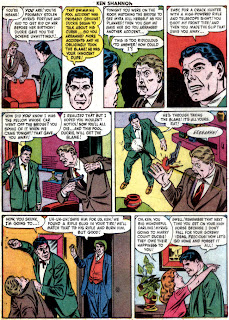 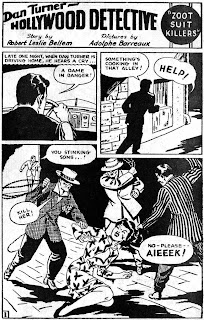 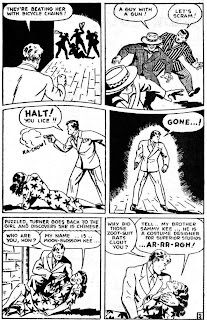 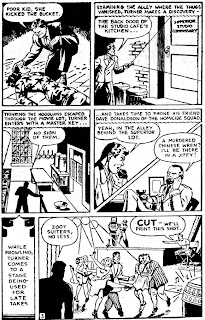 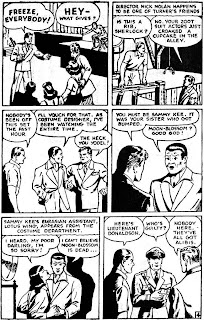 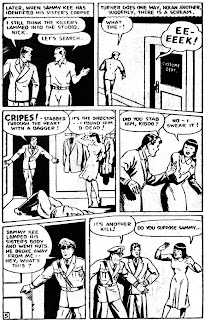 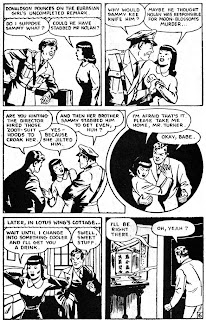 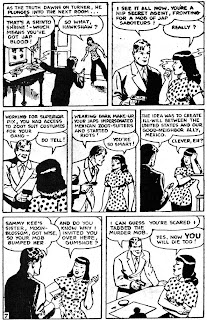 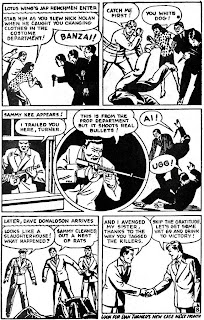 By the way, if anyone is interested in reading Dan Turner text stories from pulp magazines, there are a lot of free, high-quality online reprints with illustrations included, at Pulpgen:

(Listing is alphabetical by author. At each link page down to Bellem, Robert Leslie.)

Bellem was quite a character. He and his wife were alleged to have frequently eaten dinner with a giant teddy bear occupying a seat at the table.

By the way, you have to love the cop showing up at the studio hoping all his work has already been done for him: "Who's guilty?"

It's not surprising detective tales didn't fare well in comic book form. Imagine trying to pencil an exciting story when it involves everyday people off the street, bereft of weird superpowers and fancy costumes. That's why I prefer Golden Age detectives who are female and look incredible in high heels.

I've never read a Ken Shannon adventure before. Was he always this big a jerk?

I'll second Karswell, Pappy. I love Ken Shannon and I even love the inking. This combination of artists have produced my favorite type of comics art--bold, self-assured lines tracing well-thunk through POVs and paneling. Any one of them could be blown up into a Lichtenstein.