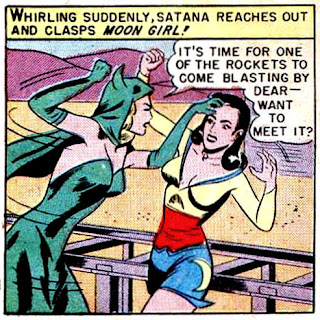 More from EC Comic's Pre-Trend: Moon Girl, similar to Wonder Woman, made her debut in Happy Houlihans, had her own book under a couple of different titles, and ended up as a casualty of the trend toward love comics. Moon Girl and the Prince begat Moon Girl, which begat Moon Girl Fights Crime, which then begat A Moon, A Girl, Romance. 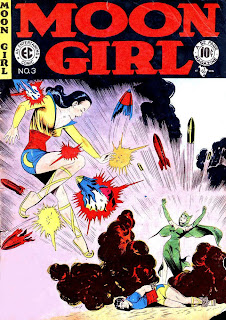 Sheldon Moldoff, who drew Moon Girl, was an important part of early EC history. He worked for EC publisher Max Gaines' earlier All-American Comics line doing Hawkman in Flash Comics, and he drew up plans for an EC horror comic, even producing some stories for a proposed book that went into the Pre-Trend crime comics instead--and without Moldoff--launched the EC New Trend horror comics. See the story of Moldoff's Tales of the Supernatural in the book Tales of Terror! by Grant Geissman. Moon Girl, for all her charms and the moonstone that gave her super powers, just couldn't carry a comic book title on her own, and during a period of transition was dropped. The Moon Girl stories were written by Gardner Fox, who was also with the Max Gaines Gang on Hawkman and several other features. From Moon Girl #3, Spring 1948: 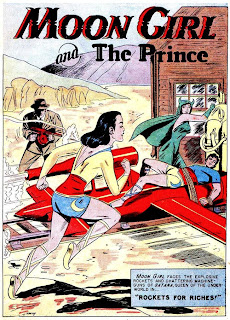 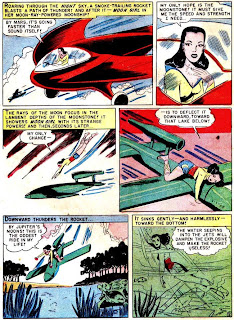 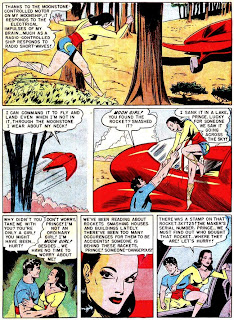 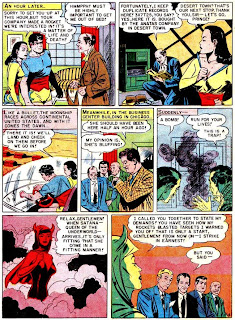 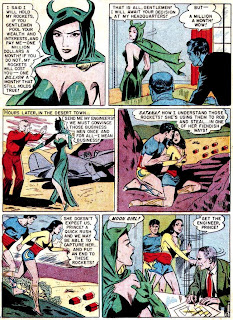 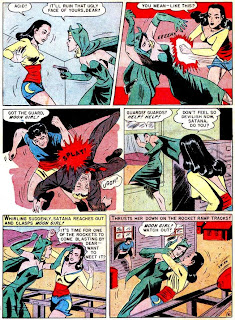 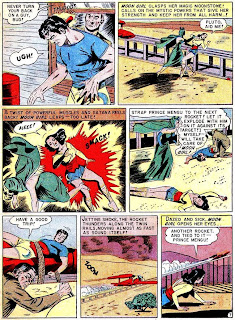 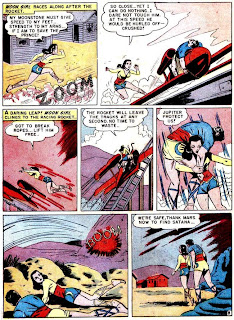 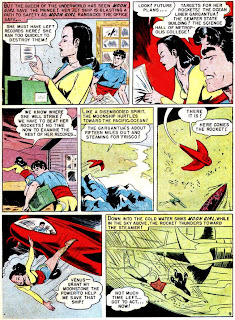 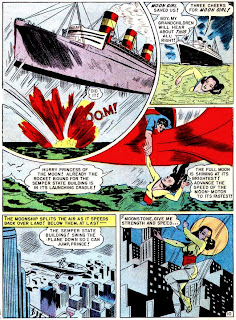 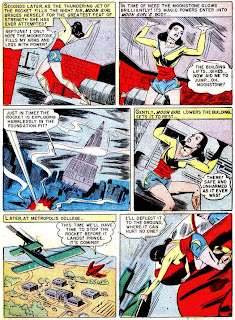 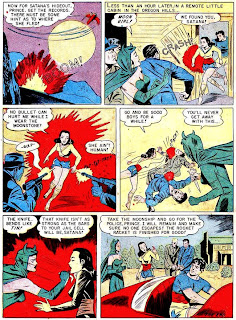 Tomorrow: What Lee Ames did was a crime!

I am familiar with this chick, Pappy, but as I read over it, I just couldn't recall ever having read one of her stories.

Thanks for posting this one.

Interesting contrast in that very first panel between the three characters in their sci-fi duds, and that pinstriped-suited gangster with the tommy gun.

Thanks for posting this! I write the relaunch of Moon Girl for comixology and I'm happy to see people discovering it.

Does she ever actually moon anyone though? That would be a great power--- to moon someone to death, or at least into submission.