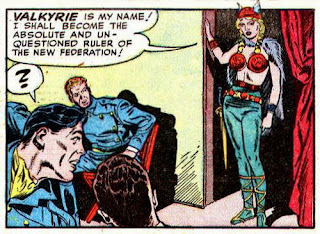 Number 704
The Hell Divers
A few weeks ago in Pappy's #672 I featured an Airboy story with Valkyrie, a braless Nazi flyer whose love for Airboy turned her good.
Now we have Blackhawk confronted by another Valkyrie. This Valkyrie wears a red bra and Viking helmet, and she doesn't turn good. She has her earthboring aircraft, the Hell Divers, on the attack in her quest to take over the federation of a group of islands.
The Blackhawks never run out of countries or islands where democracy is in danger. 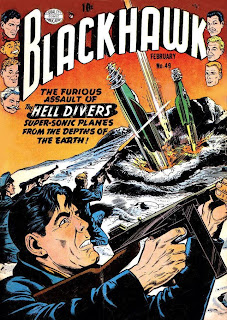 According to the Grand Comics Database, Reed Crandall did both the cover and the Hell Divers story. 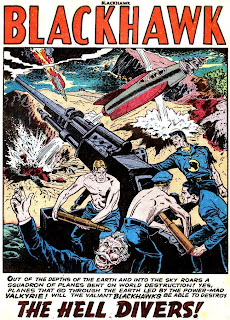 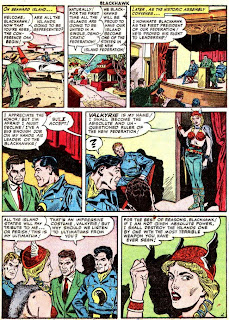 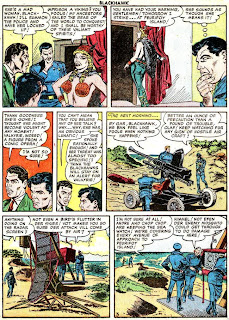 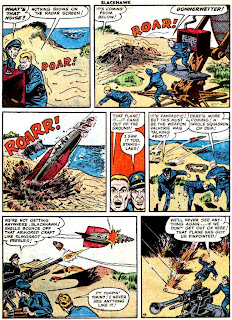 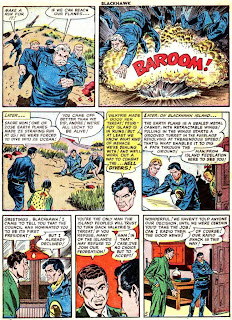 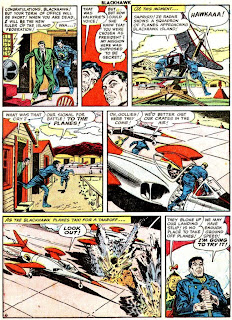 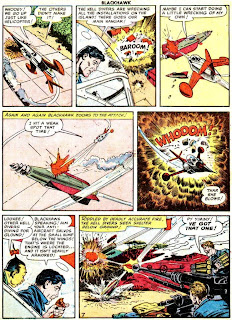 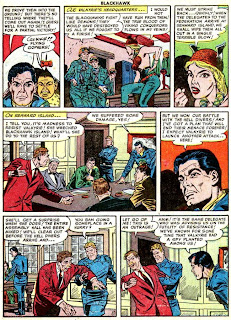 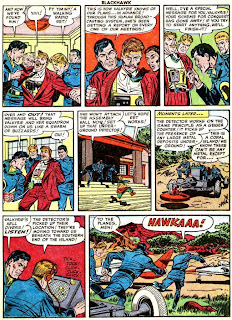 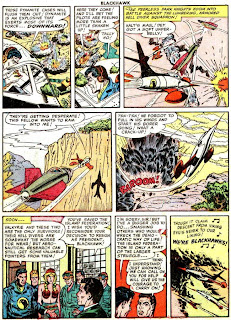 But we never found out if Valkyrie could sing.

You would think with the leader being "Valkyrie" that they would have just flown.