This is the first Spooky story, which saw print in Casper the Friendly Ghost #10, 1953, for you Harvey Comics fans out there.

There's no indication in the story that Spooky was anything more than a walk-on character who would never be seen again. He went on to have a long-running relationship with Harvey, right up to the day they closed their doors. What's interesting, from a creative standpoint, is that Spooky had exactly the same look in his first story as he did all through his comic book lifespan. That's rare, where characters who run for decades often change in subtle or even dramatic ways. Not Spooky! He was still wearing his doiby and had the same freckles at the end as he had at the beginning.

This story was also seen in black and white in the big Casper book edited by Leslie Cabarga.

I believe the artwork to be by Steve Muffatti. 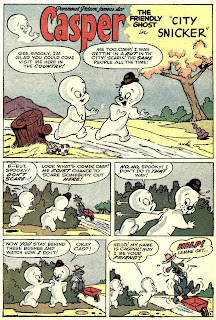 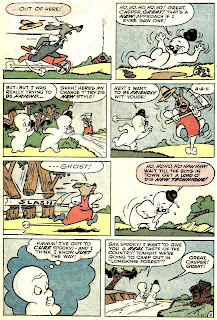 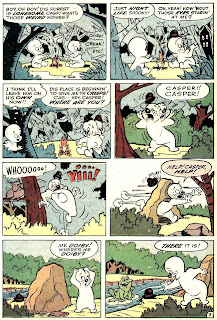 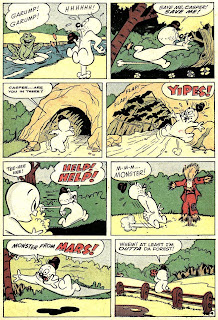 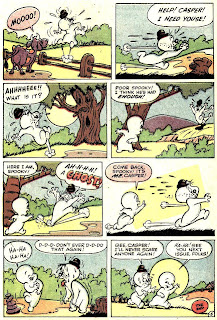 Perhaps Metaluna wasn't destroyed after all. This Exeter lookalike was spotted at Walmart. 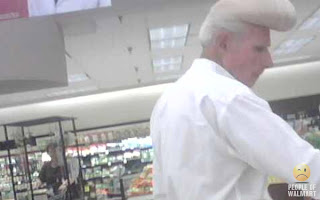 I love that cool Metaluna look! 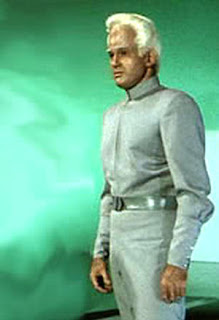 Wow, how did I miss this?!?! Great post! Spooky really caught on quick, and it's easy to see why. What a great, great character. And I think you are right: That certainly looks like Steve Muffatti's Casper (the cute, bulbous head is the give-away).

I love your observation that Spooky never changed! Harvey had the good sense not to fix something that was far from broken!