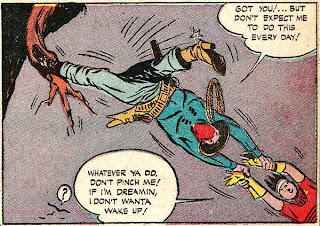 
Mosey on in and set a spell, podnuh. Got yet another Western--well, West as in West Virginia, anyhow--story to tell ya. This comes from Pappy's box of tear sheets. Someone years ago cut out stories they liked from comic books and threw them in a box. I put them back together. I have four Vigilante stories; this is the oldest, and first to be offered up.

The Vigilante was a long-running feature in Action Comics. I think he was one of the more popular characters who never got his own book. Vigilante was Greg Sanders, a radio singing cowboy who ran with a Chinatown kid named Stuff. When he slipped his kerchief over his face he became the Vigilante.

Mort Meskin, using the name Mort Jr., drew this action-packed 12-pager from Action Comics #57 in 1943, and Charles Paris inked it. The hillbilly kid in the splash panel, who says he's gonna shoot Tom Hatton "daid," learned to pronounce dead by the time this scene shows up on page 9. 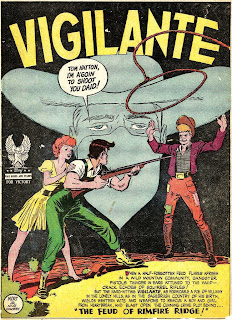 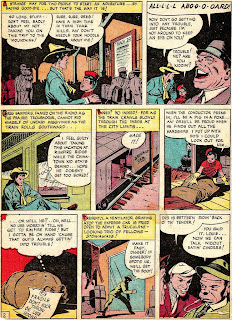 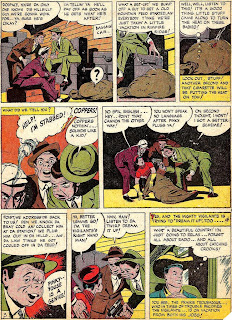 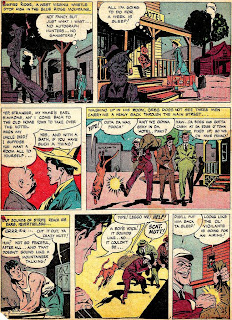 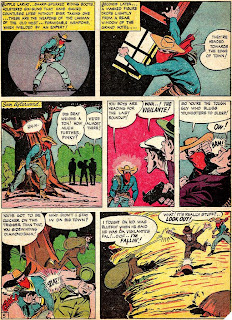 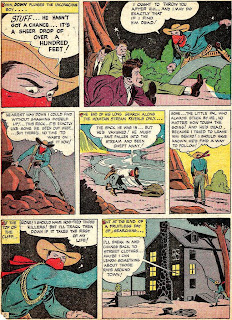 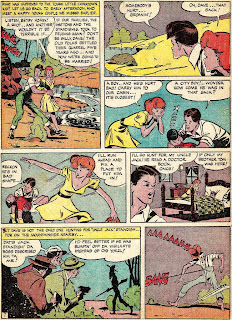 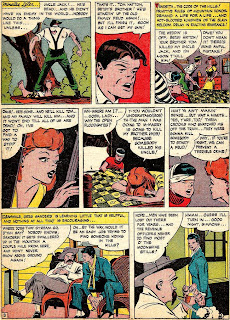 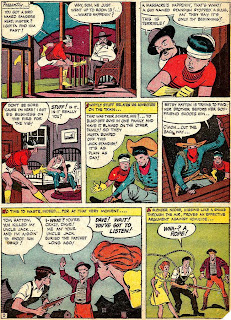 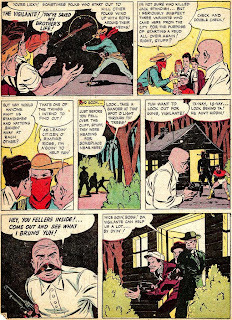 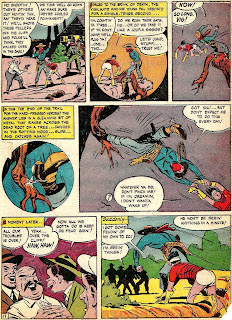 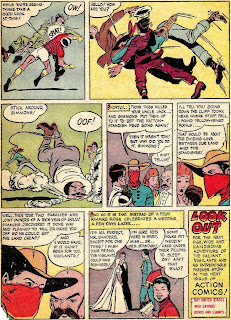 Thanks for this. I'm always happy to see some classic Mort Meskin work. That guy had pizzaz!

Funny about the happy ending pretty much glossing over the fate of poor Uncle Jack.

Indeed about Meskin. I'm a fan now!
Thanks for posting these images.