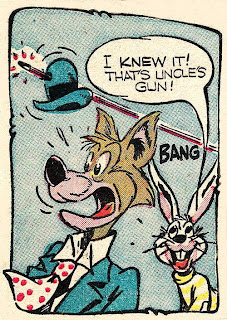 
The Duke and the Dope was a feature from Giggle Comics, drawn and lettered, and also likely written, by animator/cartoonist Ken Hultgren.

If you Google Hultgren's name you find references to books on drawing he wrote, including one still in print from Dover Books, and animation he worked on, but I wasn't able to find any dates, like birth and (presumably) death. About all I know about his comic art besides these stories from Giggle is that he drew the Bambi Four-Color #12 for Dell in 1942. Here's a page scanned from the last Whitman Bambi reprint from 1984. 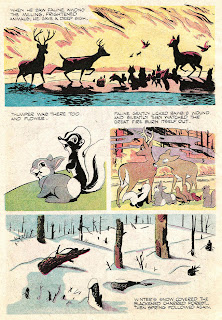 Hultgren worked for Disney for many years, including the years Carl Barks was with the studio, and probably when Walt Kelly was there, too. If you can confirm that or give me any other information on Hultgren please do.

I like these stories, scanned from Giggle Comics #52 and #54, April and June 1948, respectively. I think they're funny, and the artwork has a Walt Kelly touch to it, especially in the inking, and most especially around the eyes. 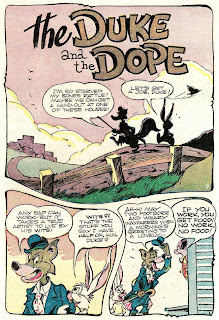 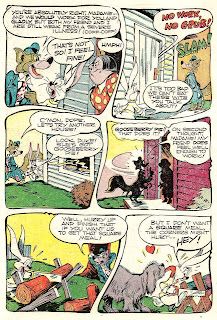 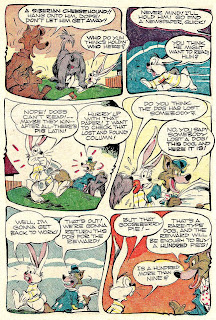 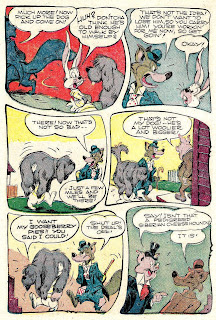 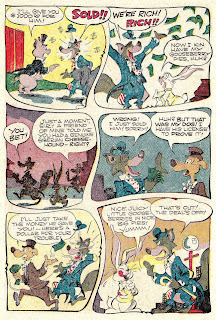 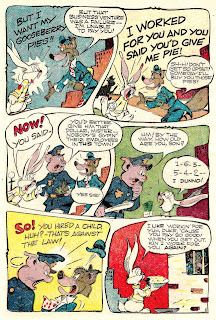 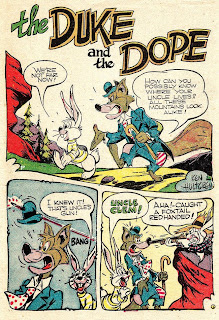 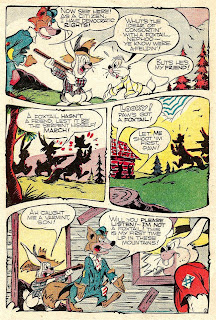 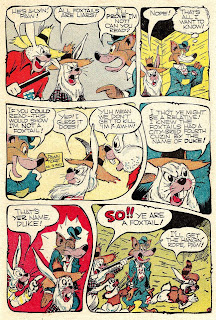 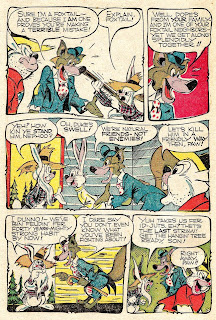 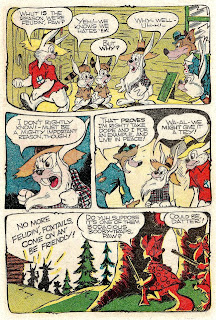 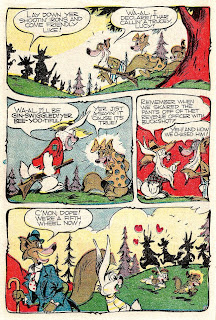 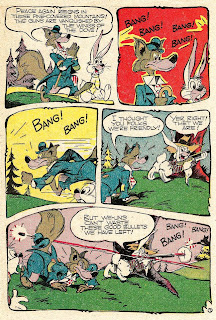 Email ThisBlogThis!Share to TwitterShare to FacebookShare to Pinterest
Labels: ACG Comics, Giggle Comics, Ken Hultgren, The Duke and the Dope

Hey Pappy, you can find a useful overview about Hultgren HERE. Birth/Death was 1915-1968, etc. I think Hultgren was all over the funny animal landscape even more than they suggest, such as during 1949-54 he was doing more than just writing a book.

Thanks for linking us to that information. Hultgren was apparently a very busy artist. The tragedy is that he died at 53.

Hi, I have an illustrated, framed and matted drawing of a wide eyed Owl; it is very probable that it was the work of Ken Hultgren. It is signed Hultgren and the handwritring matches to the T. It would be great to incorporate a pic of it in your blog. If you are interested, let me know.

I also have been in contact with his grand daughter Carey who has confirmed her beliefs that the artwork should be credited to her grandfather.

What an amazing and talented man.