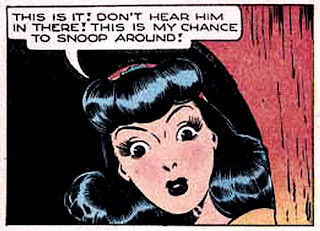 
Miss America and the Shocker


Miss America, as the blurb on page one of this story tells us, is 16-year-old Madeline Joyce. In the best comic book tradition, Madeline had an accident in her scientist uncle's lab and got super powers. This particular story is from Miss America #2, 1944, a different format from issue #1, which was a standard comic book. In #2 Miss America, the super-heroine, was featured in this one story, while the magazine was filled out with other features that would appeal to girls. "Comics. Movies. Stories. Charm." 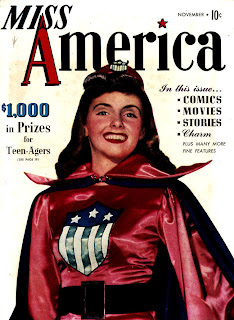 Speaking of charm, the cover girl, according to the Grand Comics Database, is Dolores Conlon. She looks several years older than Madeline's 16. The use of the photo is to give it a non-comics look, a technique Timely used in the 1940s on several of their titles. The toothsome Dolores was sure to draw attention on a crowded newsstand. I'm sure a lot of girls bought this issue, but I wouldn't doubt quite a few boys bought it also.

The artwork on the story is credited by Grand Comics Database to Ken Bald.

I took these scans from the Internet. According to the "properties" of this jpeg file, I originally downloaded it in 2003, from a site devoted to just this heroine. I am unable to find the site now, nor do I know who did the scans. If you know, please tell us so we can give proper credit.

The only thing I did was enlarge the pages from 500 pixels to 650 pixels, which is easier for me to read. I also posted another story from the aforementioned website, from Miss America Comics #1. You can see it here. 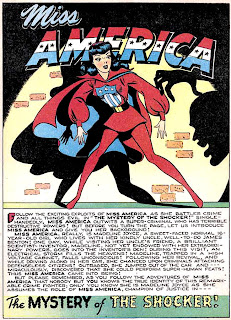 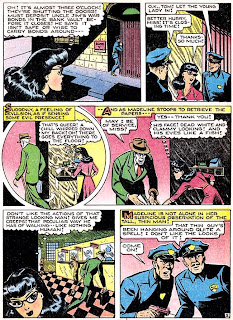 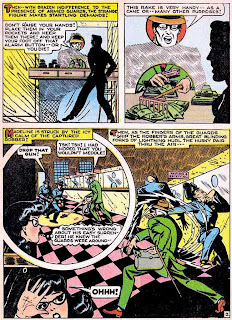 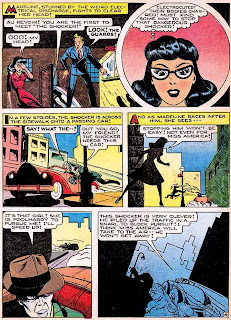 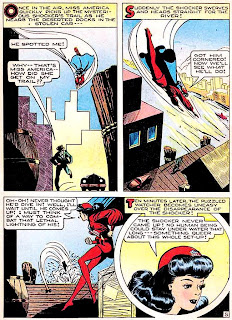 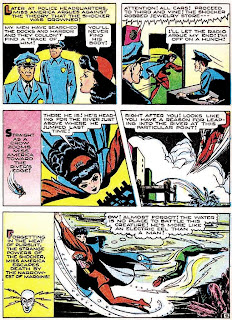 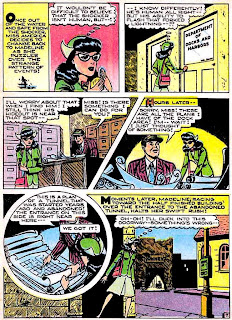 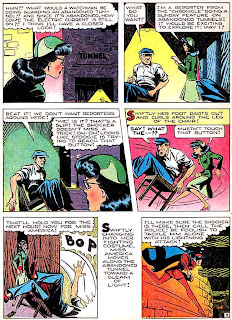 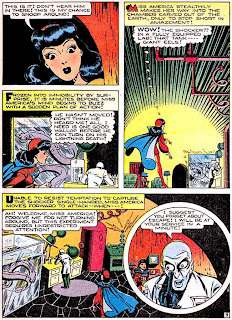 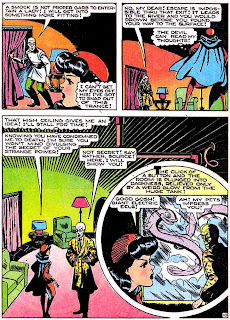 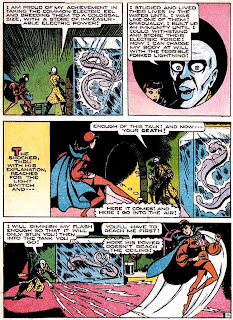 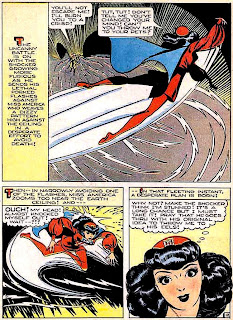 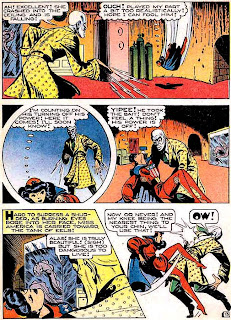 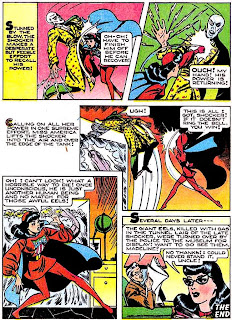 The site was by Dennis Mallonee, who publishes Heroic Comics.

Although the unique cover photo was 15 yr. old model Dolores Conlon, they clearly modeled the comic art from the stunningly beautiful Venus Ramey. Venus Ramey was the 1944 Miss America beauty pageant winner.) *see lips & eyebrows. Venus also had some heroics in her old age back in 2007 when she shot out the tires of some would be crooks stealing from her barn!