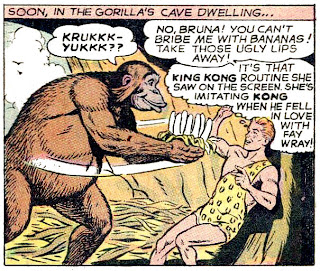 
Welcome to a special Pappy's for Thanksgiving Day. This is the third annual Pappy's Thanksgiving Turkey Awards presentation. Our first was in 2006, with the classic but stupid "The Flat Man." We followed up the next year with "The Day The World Died", an unusual science fiction story. Unusually dumb, that is.

I make the rules for the Thanksgiving Turkey Awards. That means that my judgment is final, my choice of a winner can be whatever I think fills the bill. This year it means a bizarre Jimmy Olsen story, "The Bride of Jungle Jimmy," from Superman's Pal, Jimmy Olsen #98, December 1966. 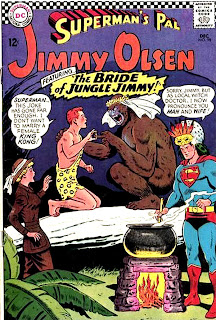 What's supposed to be a comedy comes out as is a weird tale of near bestiality, condescending, racist attitudes ("We pay our native extras off with trinkets!" Those ignorant villagers worship a gorilla! Ha ha!"), and even showing "scenes" from King Kong with a brunette Fay Wray. Talk about sacrilege.

The only comedy in the story is the unintentional kind. The panel of Bruna, the love-struck gorilla gal, eating the banana is so obvious you just know what kind of wedding night our furry bride has in mind for her groom.

Artwork on this story is by Pete Costanza, who worked with Captain Marvel artist C. C. Beck on many of the Captain Marvel stories. It's written by Leo Dorfman. 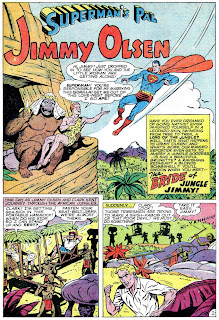 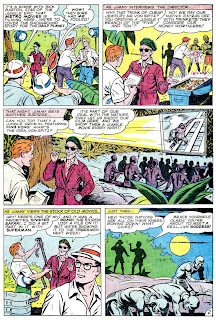 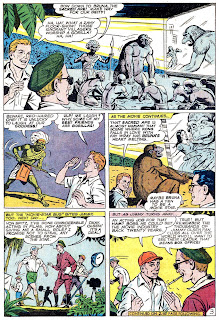 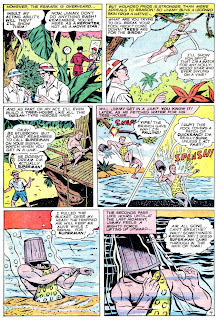 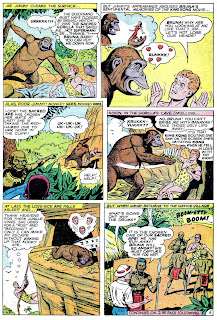 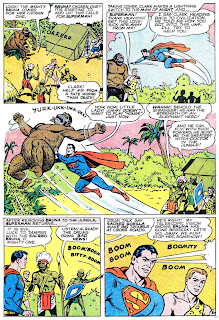 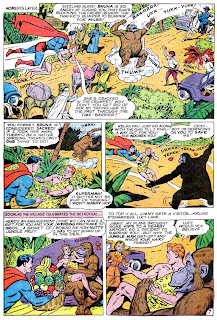 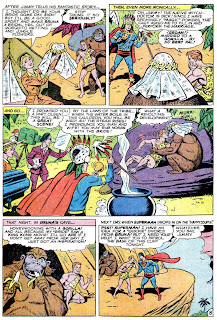 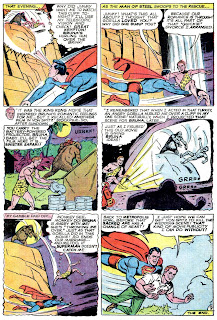 NOTE: I re-scanned the pages for this story in August, 2012.

Here's another thing to be thankful for. I do miss my set of Jimmy Olsens.

Mosquito netting for Bruna the gorilla instead of Jimmy the half-naked guy? I bet he died within a week of return to civilization.

Sigh! I miss the plain silly charm of these old Jimmy Olsen stories too. And there is so much wrong in this one... with many shades of it. Lol!

Jimmy Olsen stories have a tendency to be fantastic and terrible at the same time. The "ignorant savage" bit tips the scales beyond terrible unfortunately.

Been looking through your passed turkeys and this one's my favorite. I think the splash panel deserves a special award! It might be the single strangest comic book panel of all time!