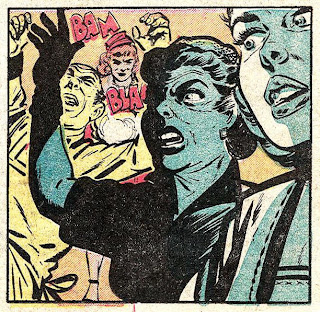 
I'm A Cop was a series from Magazine Enterprises (ME). which was published for three issues in 1954. This is issue #3, entirely illustrated by Bob Powell. 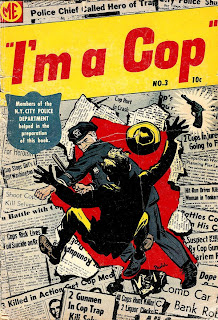 Powell's art looks a little different to me than in either Harvey Comics or ME of the era, where his work appeared frequently. He might have been using different assistants, or at least he approached the job differently. It looks like tracings of photos were used for some of the backgrounds, and each story has silhouetted figures in some of the panels, which is stylistically different than other Powell artwork I've seen.

I like the gritty look of the artwork. The story is more a cop procedural than the usual type of crime comic book. The killer is a cross-dresser; the word "transvestite" isn't used in the story, and the killer, Denim, does make a date with the policewoman. Maybe he's just confused about his identity...?

Feminists will love the panel on page 2 where the caption reads: "She was a policewoman--with a big, fat yearning to play detective, and in my book woman's place is in the home." That reminds me of the Lady Danger stories I've shown. As is typical with those stories, the male chauvinist is shown up by the gal he thinks belongs "in the home." 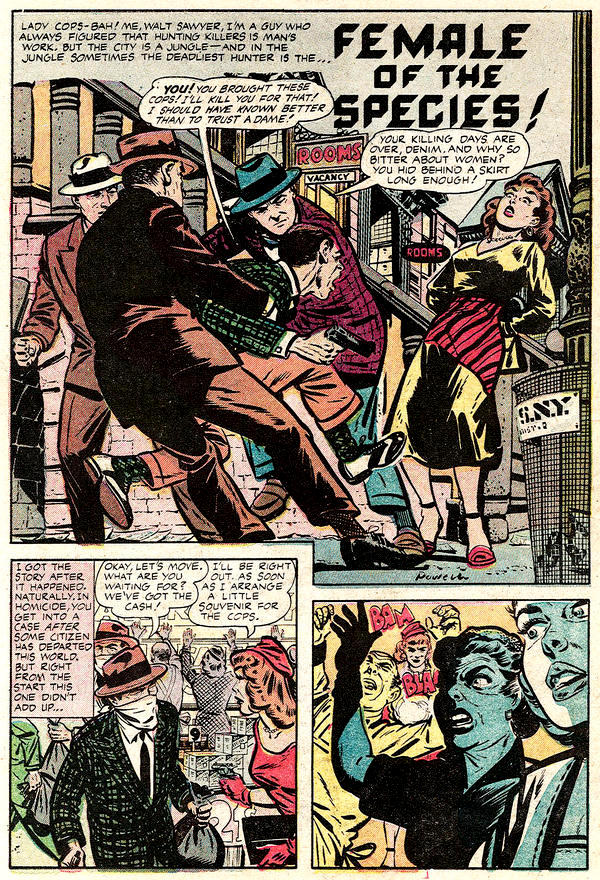 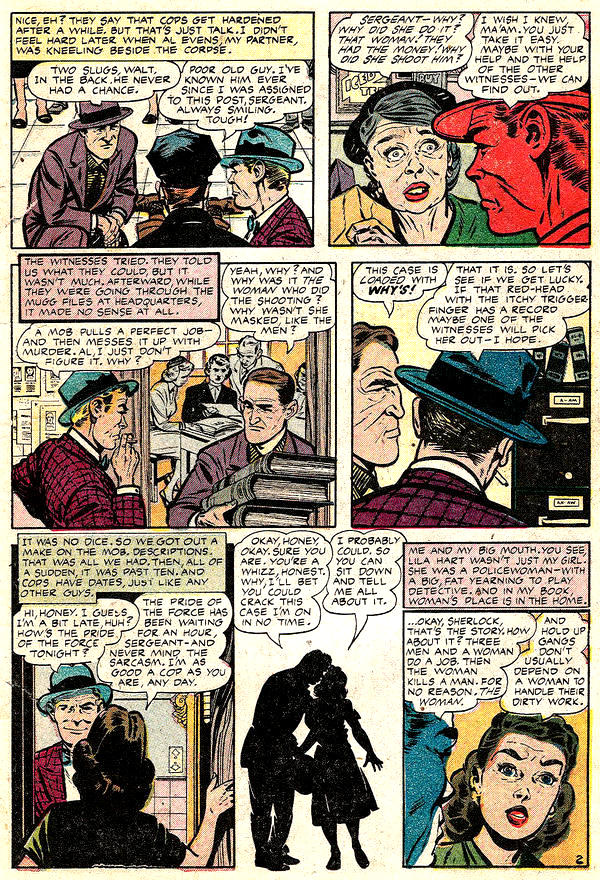 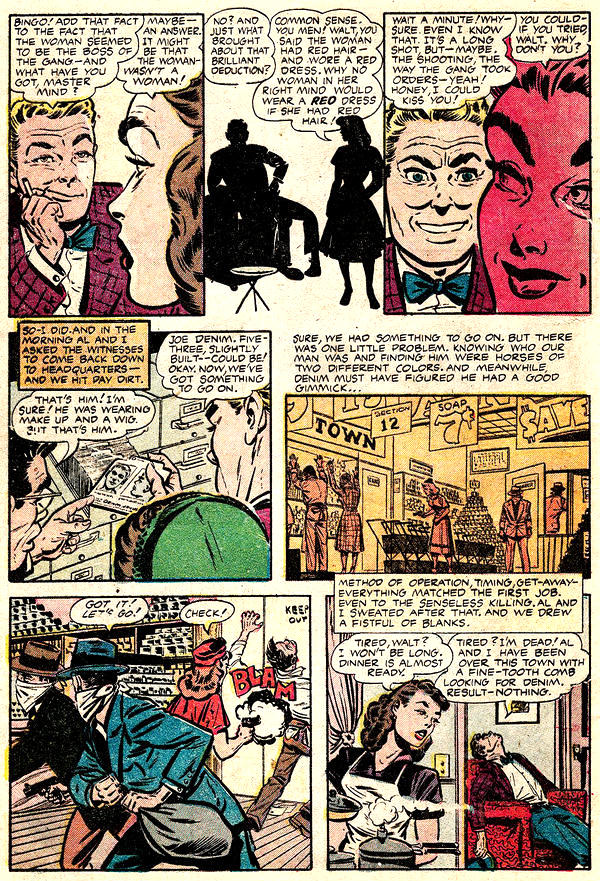 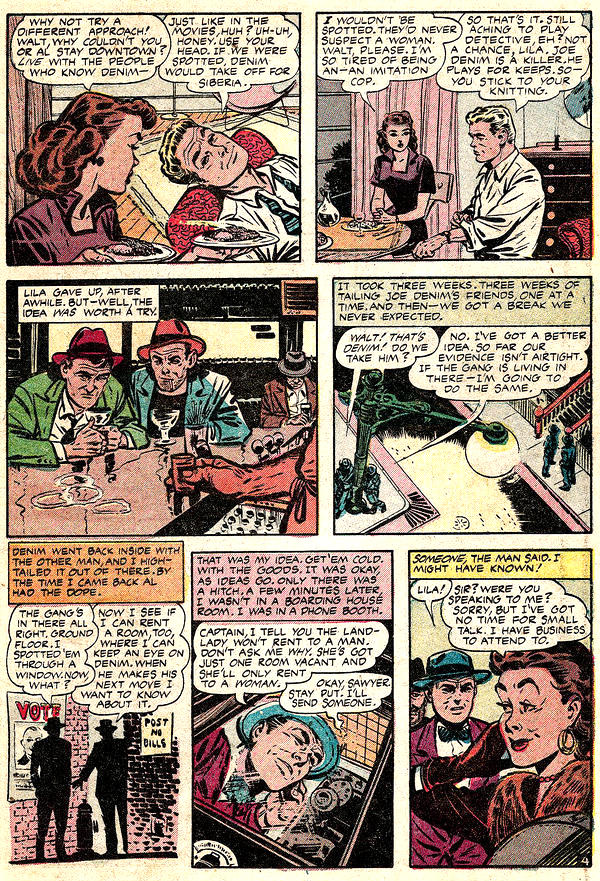 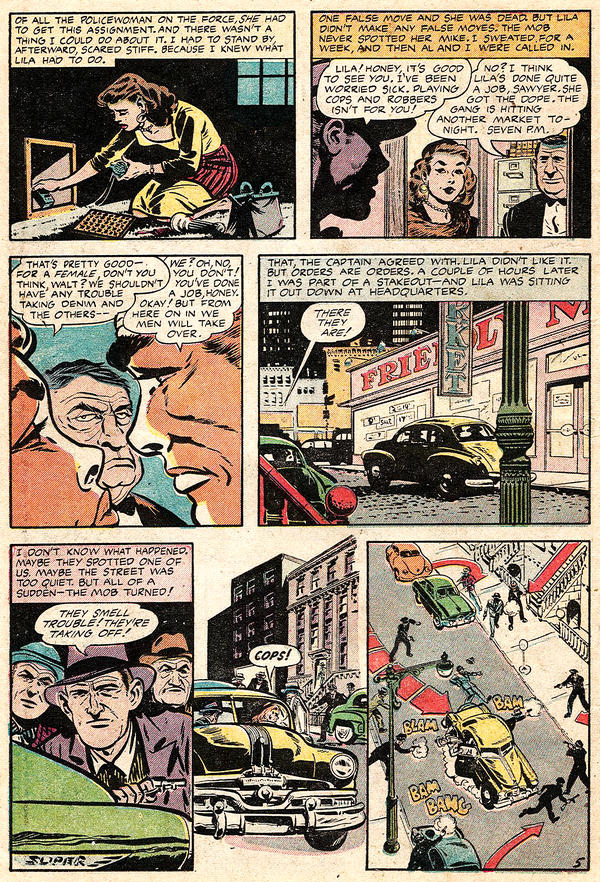 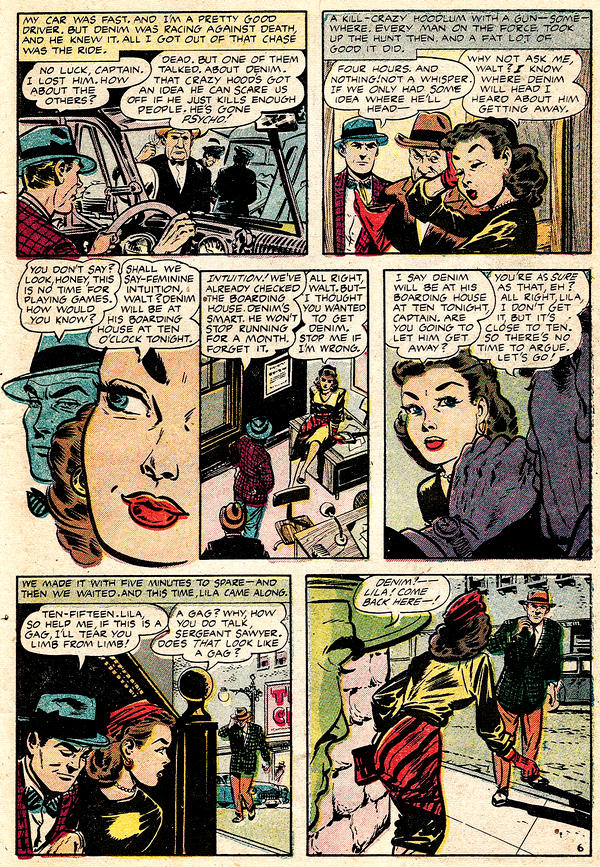 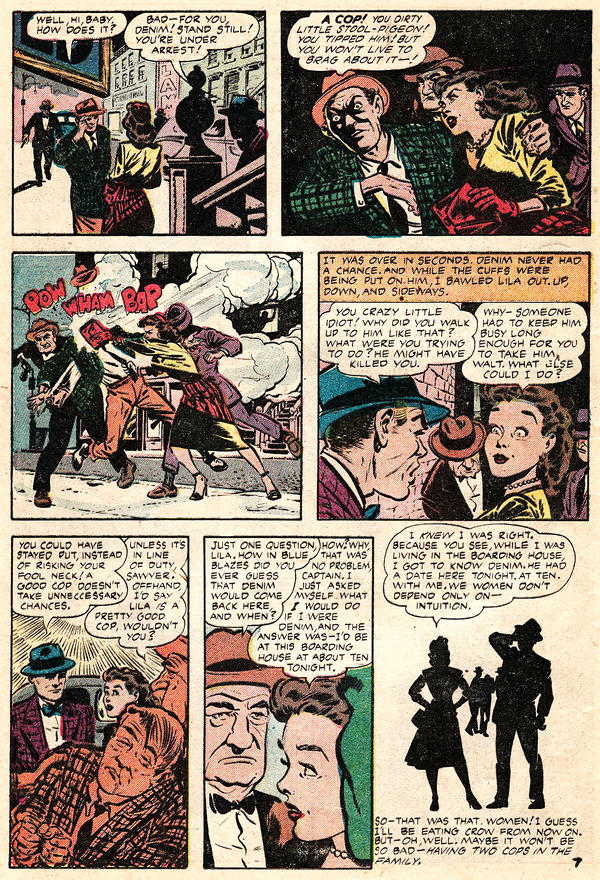 Email ThisBlogThis!Share to TwitterShare to FacebookShare to Pinterest
Labels: Bob Powell, I'm A Cop, ME Comics

The two middle panels on page 7 are so awesome, as she slugs him with her purse (great sound FX too) and then her facial expression in the next panel is just priceless. Yer right though too, sometimes this is totally Powell and other times it doesn't look like his stuff at all. Never heard of this one Pappy, cool stuff!

There's definitely some Howard Nostrand rendering in this story. Great stuff...Powell is an amazing artist and storyteller.

Powell is like Wally Wood...no matter who else did the penciling when Powell inked it he overwhelmed it. The faces are all definitely Powell, so he probably penciled them. It's hard to put my finger on it, but the backgrounds just look different than what I'm used to seeing in his other pre-code work.