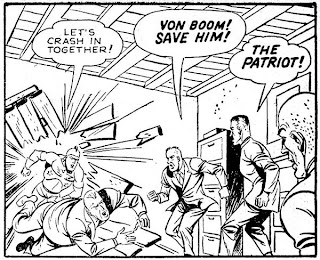 
The second bananas filled up the comics during World War II, and like the main superheroes they fought the enemies of America. They took their lumps and doled out plenty of punishment, but never made it to the lead spot. This pair, the Vision and the Patriot, are a good example of those back-of-the-book types: "They also serve who don't make the cover spot." At the time in Marvel Mystery Comics, where these stories are from, Alex Schomburg was doing the covers, which usually featured Human Torch melting through a wall and about to fry some Japanese or Nazis.

I scanned these two backup stories from a reprint, Captain George's Comic World #23 and #24, a double issue from 1969. George was a Canadian store owner and publisher of old comics material. These are from Marvel Mystery Comics #41, March 1943. The artwork, according to the Grand Comics Database, is credited to Syd Shores. The Sub-Mariner story from that issue is here. 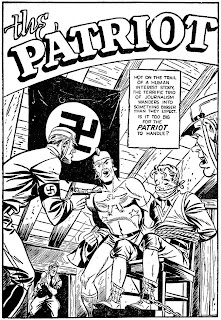 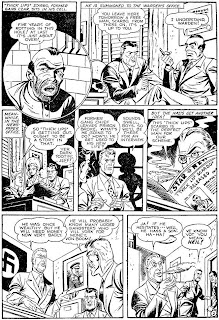 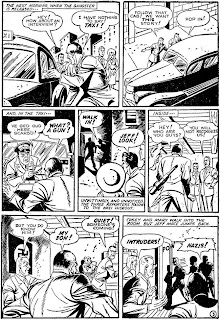 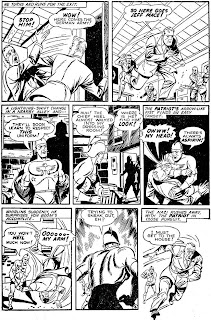 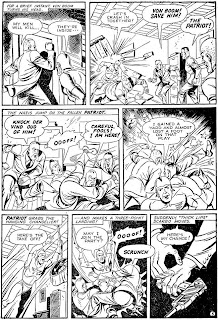 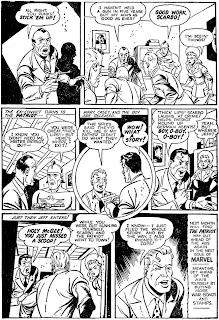 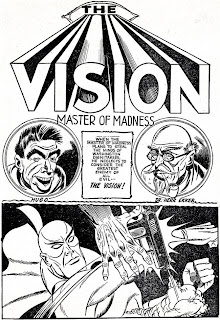 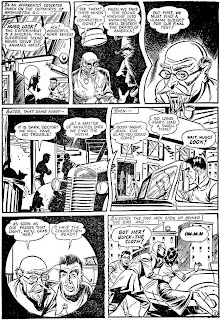 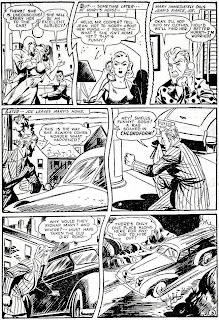 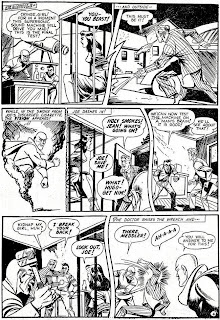 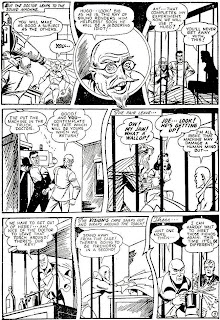 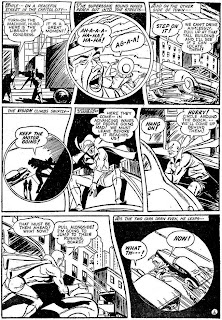 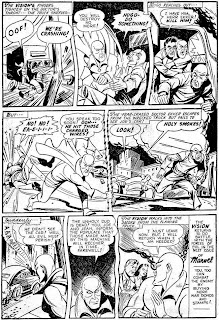