Number 2194: The Avenger and the sea monsters 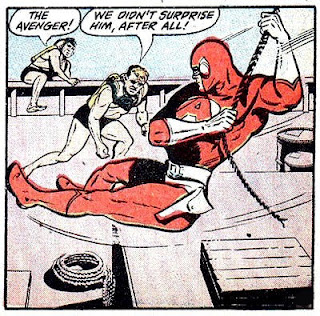 The Avenger, published by Magazine Enterprises in 1955, lasted four issues. One of the more notable things about the four issues is that comic book journeyman Dick Ayers drew the first issue, and another top comic book professional, Bob Powell, did the next three.

Today we offer The Avenger fighting off some sea monsters. Not monsters in the sense of the Creature from the Black Lagoon monster, but regular denizens of the deep, a shark, an octopus, both of which could look monstrous if they are coming after you.

It is too bad the series only lasted four issues, but it was just a couple of years early for a superhero revival in comics.

For the origin of The Avenger, you can go to the link below. 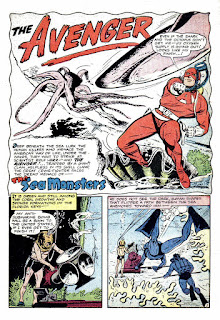 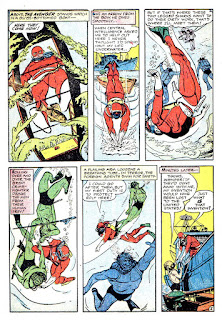 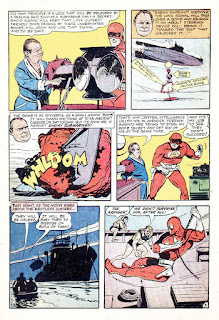 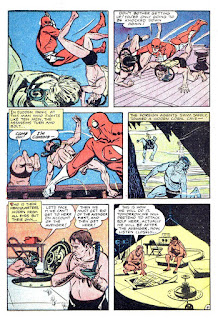 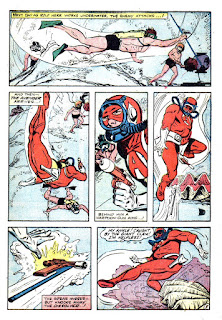 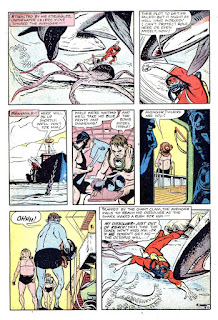 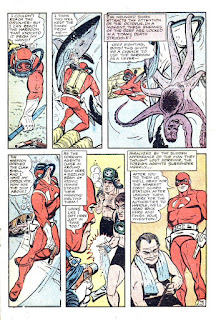 As promised, the origin story. Just click on the thumbnail. 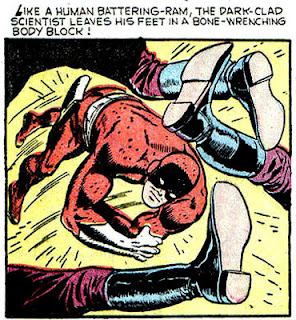 Email ThisBlogThis!Share to TwitterShare to FacebookShare to Pinterest
Labels: Bob Powell, ME Comics, The Avenger

Powell, an artist you could always depend on, does on thing you couldn't always expect in earlier comics -- he does some research. The octopus and the shark are pretty well and accurately (to a point) drawn.

Brian, much better than the dinosaur he drew in Jet #2.

Bah! Who can think of dinosaurs when Su Shan makes an appearance?!?