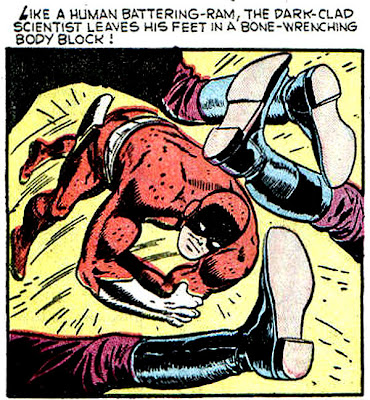 The Avenger was really “millionaire scientist” Roger Wright, who apparently had nothing better to do than run around in a bright red skintight costume with hood and mask, fighting commies. That’s the premise of both of these stories, taken from The Avenger #1 (1955), published by ME Comics in the wake of the Comics Code. ME (Magazine Enterprises) had been publishing Ghost Rider, drawn by Dick Ayers, but GR didn’t fit into the new Code-world, so they tried a couple of superhero comics. The Avenger (four issues) was one, and Strongman (also four issues) the other. The Avenger #1 was drawn by former Ghost Rider artist Dick Ayers for issue #1, and Bob Powell for subsequent issues. In an unusual twist, the origin story of The Avenger is held until the last story of the issue, after we've already seen what the guy can do in action. Another unusual twist is that The Avenger is inspired partially by a Ghost Rider mask (!!) Roger bought for his nephew. Those masks were sold in ads from ME. So it’s an early example of product placement. 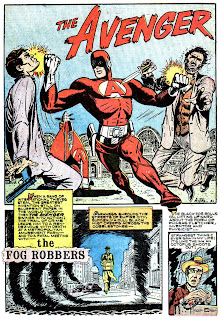 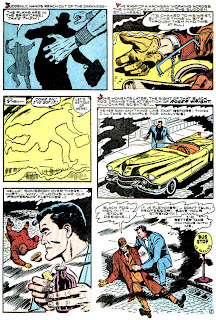 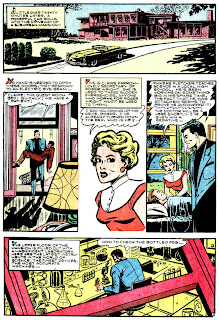 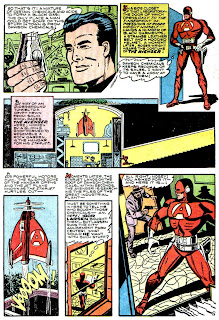 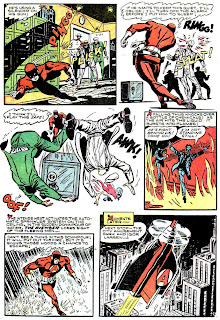 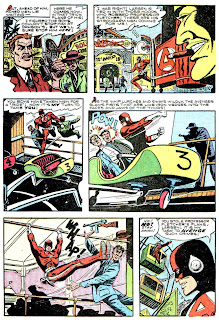 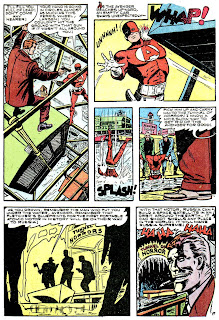 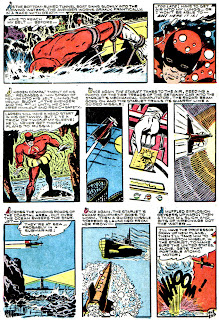 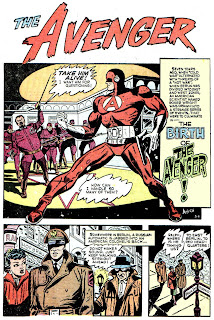 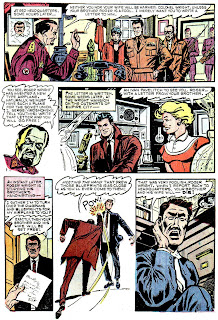 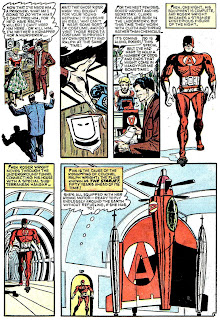 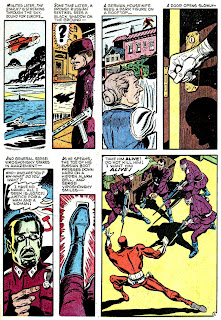 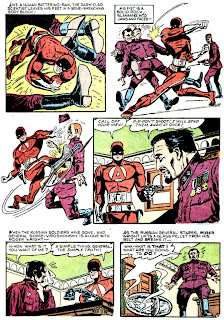 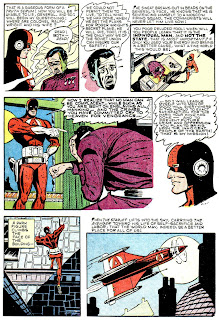 [SPOILER ALERT] Comics Code influence shows significantly in the origin story, where Roger’s brother and sister-in-law have been killed by the commies in East Berlin. Yet even though Roger has the guy responsible for the deaths, he leaves without doing any avenging. Before the Code I believe he would have taken him up in his autogyro and dropped him out, or some such vengeful act, but after the Code, nuh-uh, nope. If anything happened to the bad guy, it isn’t shown, and we have to use our imagination. [END OF SPOILER]
Posted by Pappy at 12:01 AM

Hester Prynne's a super hero! I love the artwork in these.

You mention that there were only 4 issues of The Avenger. IW Enterprises must've thought they could keep him alive for a while after that. I don't know the history or how many issues were produced after those initial 4, but you can download The Avenger #9 over at DCM. Fans of this superhero should be encouraged to keep looking. If anyone can find further adventures of The Avenger, I'm sure it's you Pappy!

KrowTraylis, the IW comic is a reprint of ME's The Avenger #1. In the late fifties IW reprint comics were sold three to a bag for 25¢. As I understand it, publisher Israel Waldman would get the printing plates from the owners, like a publisher that had gone defunct, or from Eastern Color Press; they had printing plates from companies that went bust and couldn't pay their printing bill. The first issues of IW comics usually were #9, but don't ask me why. Another mystery of the comics.