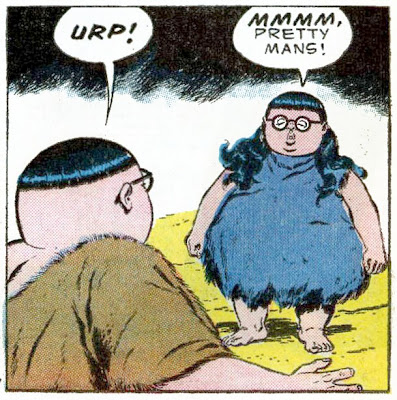 We have reached the last of our Funky Funnies theme week, with entries from Basil Wolverton, Bill Holman, Gill Fox and now from the team of Richard E. Hughes and Ogden Whitney, who created one of the greatest 1960s comic characters, Herbie Popnecker. Herbie has a perfect camouflage for his extraordinary powers: a corpulent body, a blank look through his goggle-eyed lenses, an obsessive-compulsive need for lollipops. No one should mistake his appearance for who he really is. Herbie is much more than what meets the eye. Among things like the power of levitation and ability to talk to animals, Herbie knows famous people. In this story he encounters Ava Gardner and Gregory Peck. He even demonstrates to Gregory how to properly kiss a woman. It's just all in a day's doings for our “fat little nothing,” (as his cruel and verbally abusive father, Pincus Popnecker, calls him). Herbie is very attractive to the opposite sex, as we see here and as we have seen in the past when he's had dalliances with none other than Elizabeth Taylor and Jackie Kennedy. In “A Caveman Named Herbie” he not only makes a starlet swoon, but he catches the eye of a prehistoric dreamgirl, Ticklepuss. Oh, that I should have Herbie’s charms! No woman would be safe! 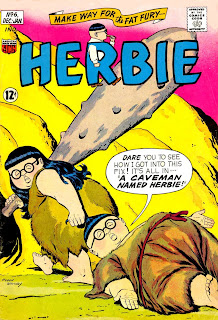 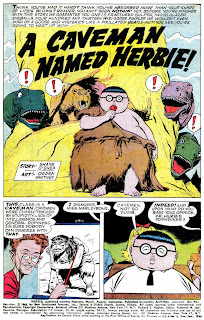 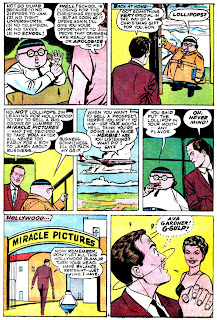 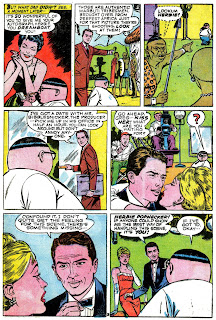 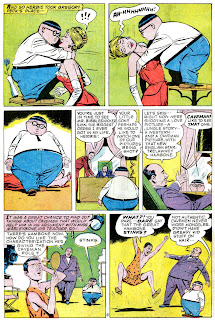 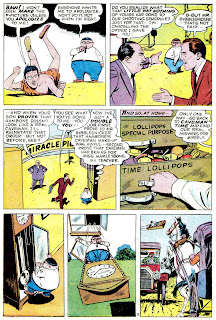 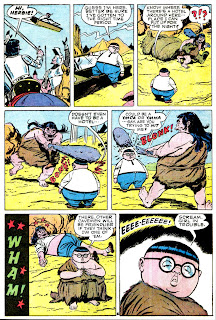 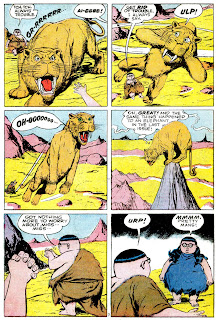 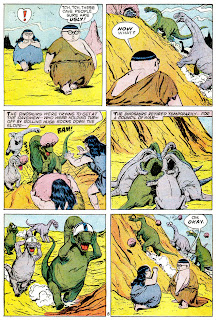 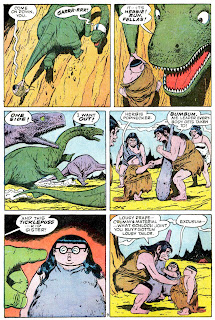 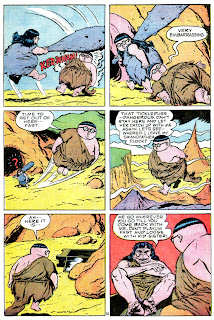 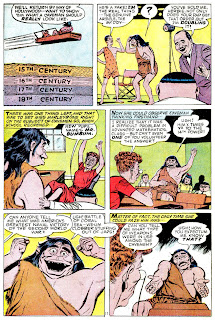 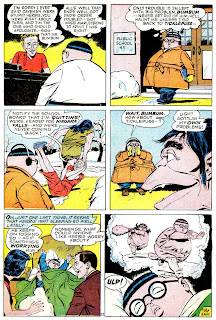 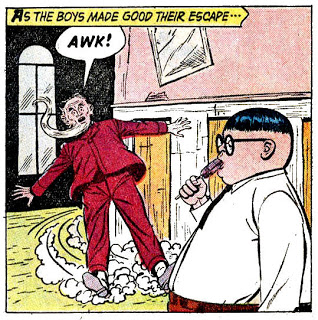 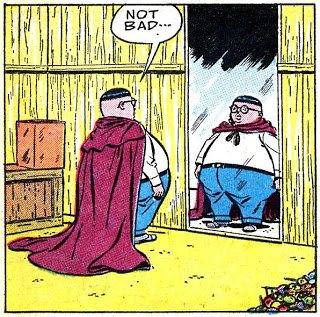 I've never had the same reverence for Herbie as a lot of people have, it's a little two one dimensional and pretty repetitive -- even when the situation is different -- the same general things happen.

That said, the art in this is just beautiful. It effortlessly switches from pretty spot on realistic drawings to funny drawing without looking strange, and the expressions on some of the animals are incredible. The title page's dinosaurs and especially the panicked sabertooth are great!

Aw, that's too bad, Deb. I thought they'd hit it off, but Powerhouse might be shy around pretty girls and wasn't at his best. Happens to all of us guys in the face of such pulchritude.

As for Herbie, his appeal to women is he doesn't have time for them. Hard to get, that's our Herbie.

Brian, I don't disagree with what you say about Herbie being repetitive, but what comedy isn't? Everybody has their schtick.

Herbie became a superhero, the Fat Fury, in issue #8. That I found less interesting than Herbie just going about his day with extraordinary things going on all around him.

I'll be showing some Fat Fury one of these days but as I always say, in my time (I am repetitive, too, just not as funny as Herbie.)

I SHOULD complain that dinosaurs and cavemen didn't exist at the same time...

...but I'm afraid Herbie might show up and prove me wrong.