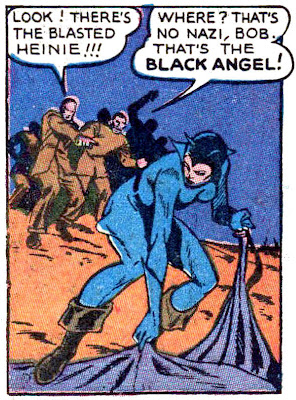 Black Angel (“really Sylvia Manners, American niece of Lady Lawton,” as an early caption explains) looks to have stepped out of a fetish artist's dream. John Cassone is credited as artist, and he was very skilled at Black Angel’s anatomy, as well as action poses and haughty expressions.

Black Angel is paired up with an enemy, Baroness Blood, a Nazi agent, who may have gone to the same costumer as Sylvia. 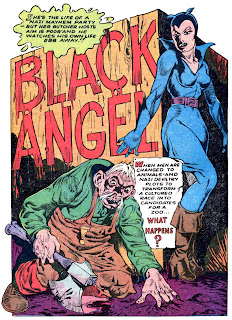 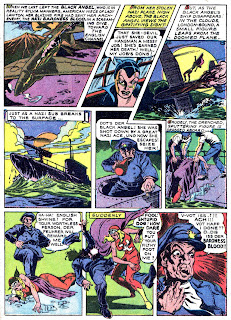 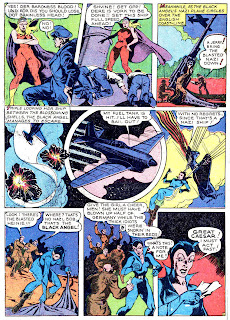 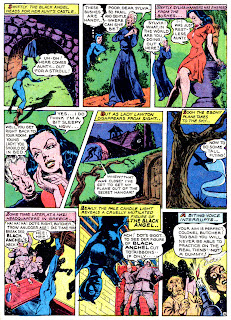 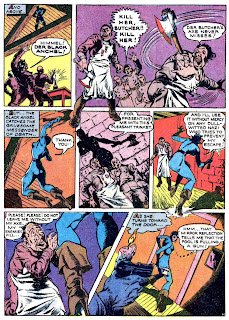 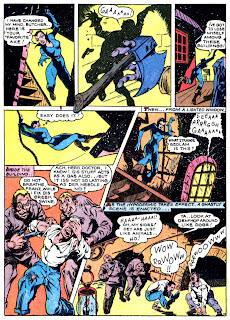 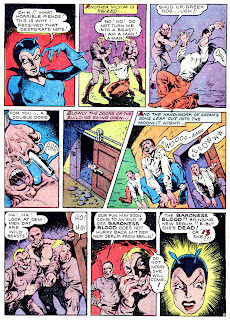 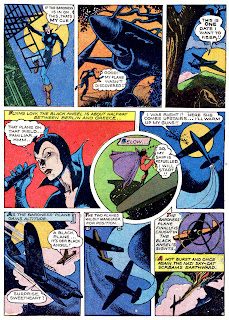 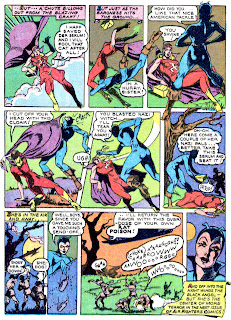 Wonderfully gruesome story (the "animal" serum & axing off the Butcher's hand). Plus, great artwork. Thanks!!

I like the art, it has sort of a prototype Ghastly feel to it, but I swear your either (1) missing a page or (2) more likely terrible writing or editing.

Sure sign you are reading a 1940s comic? Story elements with little impact on the story, i.e., the animal gas. Of course, we've got the required cat fight, and it's well staged.