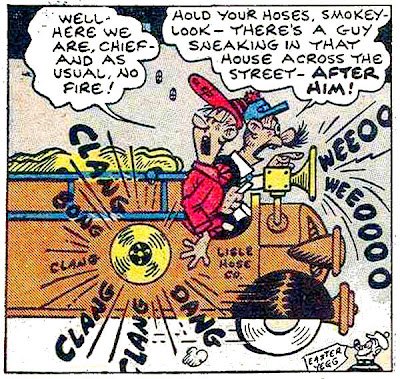 This is the third in our Funky Funnies week, featuring one of the most famous screwball comic characters of all time.

Smokey Stover was a long-running comic strip, around long enough to create a sort of cult readership who understood terms like “1506 nix nix” or “Notary Sojac.” Unfortunately, they came later in the strip, and aren't in any of the pun-filled silliness of the panels in these 1941 and 1942 Sunday strip reprints, found in Dell Four Color #64 (1945). We do have “foo,” which according to popular lore, led to the term “foo fighters,”coined by U.S. airmen during World War II when encountering UFOs in the sky during night raids. In turn that led to the name of a popular rock band, much removed in time and culture from those events of decades ago, including the Smokey Stover strips that were the ultimate inspiration. (That is, if you ignore the speculation that “foo” from Smokey Stover came from the French word “feu,” meaning fire.)

Whatever! It doesn’t matter except to an addled comic book blogger who likes things, including screwball comic strips, kept in context. But what is really important is that Bill Holman was a funny guy who kept the funny stuff coming, panel after panel, page after page, year after year. 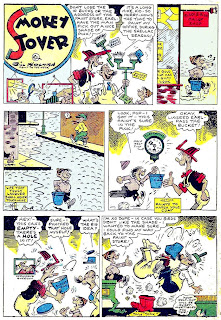 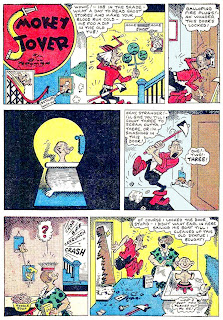 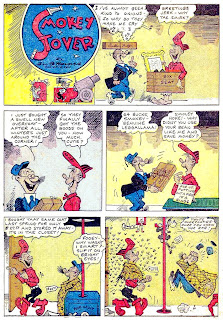 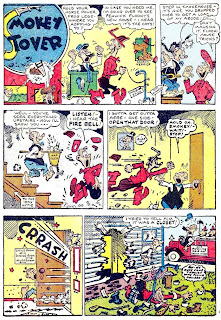 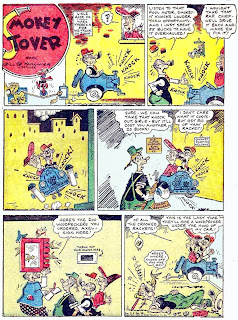 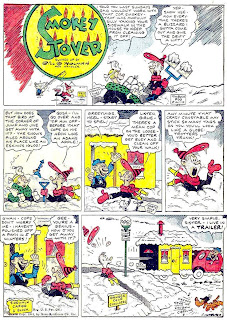 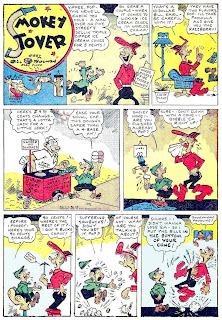 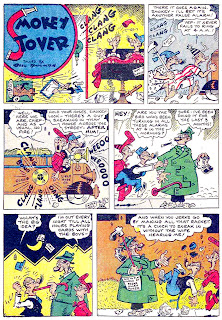 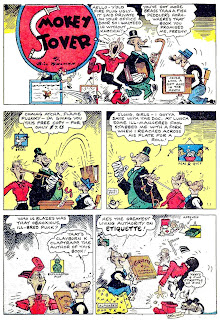 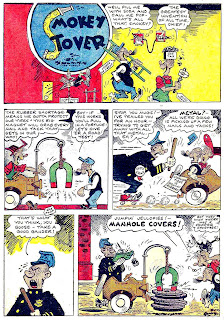 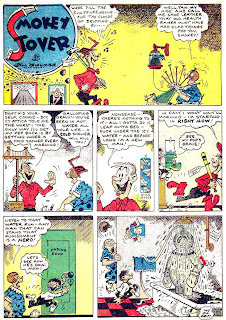 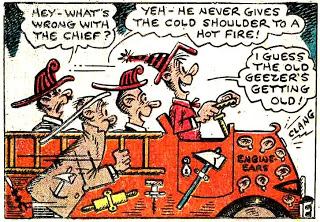 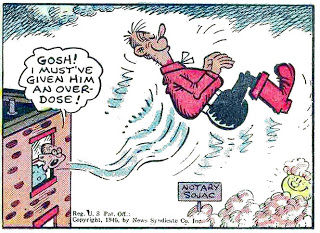 Alicia, thank Deb for the plug and shout out for Pappy's blog!

Also, tell us how that date with Powerhouse went. He may not look like much, but he's a man's man.

After a week's visit, and rebuilding the shower in Pappy Central, my son has left for his home 2000 miles away and I am missing him. (Sniff. Sniff.) As I write this he is crashing for the night with his cousin, Jack, in Kentucky, before driving the final leg of his trip to Pennsylvania. Jack is leader of Rumble Club, a roots/rockabilly band. Jack sounds like Johnny Cash on steroids, and plays some speedy licks on a smokin' hot guitar. You can hear some songs by Jack and his band here: http://www.rumbleclub.com/songs.htm

Thanks again to both you and Deb!