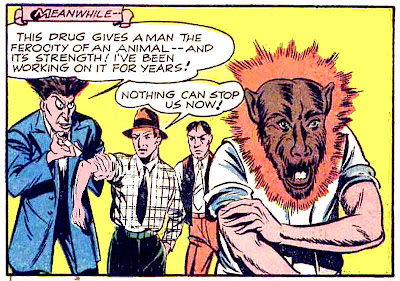 I give Black Terror some credit for having an unusual secret identity for a costumed hero. He was Bob Benton, a pharmacist. We don’t think of those guys as crime fighters as such. But I knew a pharmacist who wasn't afraid of crooks. He was my former pharmacist, Mark, who was 5'3" and slight of build, and who took off across a parking lot after a man who had just stuck him up for Oxycontin. Mark didn't need a mask or cape; he had a golf club, a flapping white pharmacist's jacket, and righteous anger. He was able to subdue the robber, whose drug habit had apparently left him unable to get far by running. The story made the local news and when I asked Mark about it he said, “When he gave up he asked me, ‘do you think you could give me a half dozen Oxys before I go to jail?’” I’m not sure even Black Terror could have handled the situation better than Mark.

Black Terror, and his young buddy, Tim, get on the bad side of ex-con, drug inventor Sinistro, who has created a drug to bring out the animal in man. My feeling about people with such talents using them for crime has been mentioned in the past. Anyone who could come up with such a drug could make a fortune peddling it to a drug company. It’s better than stealing. It just doesn’t make for good comic books. 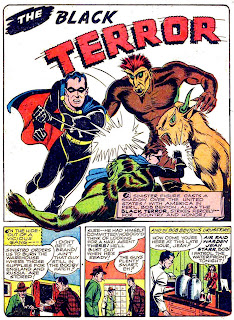 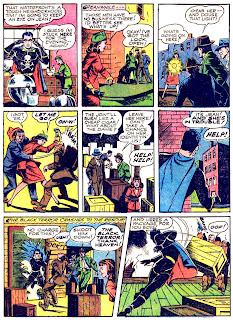 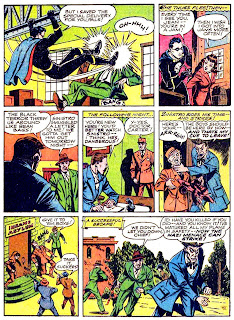 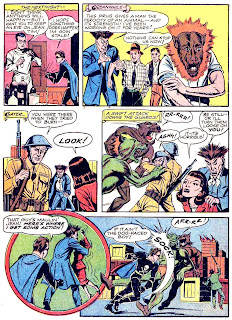 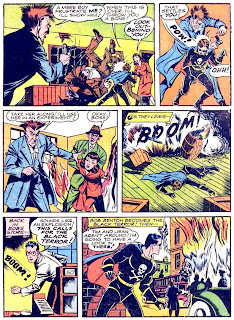 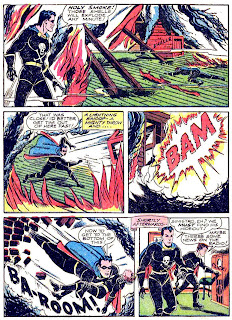 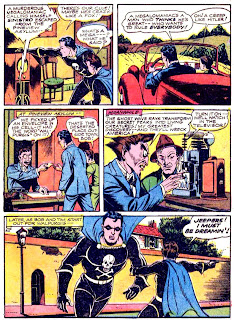 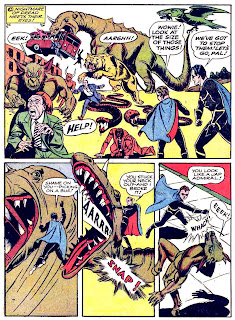 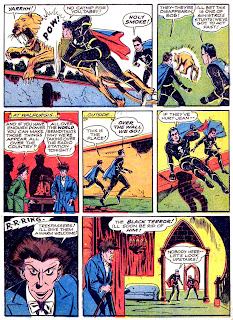 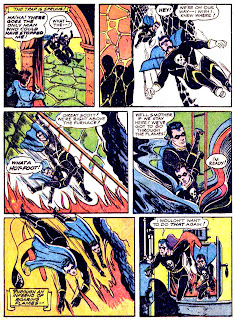 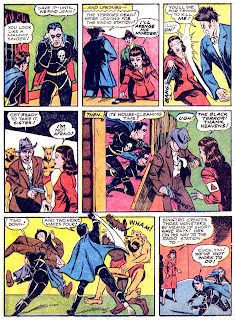 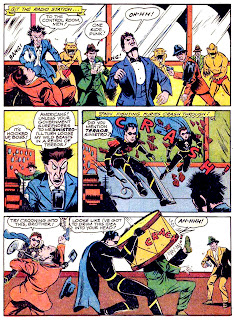 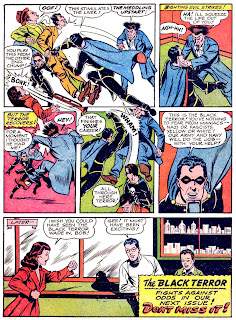 Another 1940s hero that absolutely awful at his job. I don't think I'd buy a single pharmaceutical from him, seeing how terrible a hero he is.

He doesn't even discover the hide-out, the bad guy basically just leaves him a note!

By the way, Sinistro, what good is your animal formula if they can basically just be punched out like any normal thug?

I wonder how much these comics feed into the fear of Nazi sabotage in this county, versus the fact that it basically never happened in any real amount.

Ah, Brian, once again you have caught he essence! Thanks for your comments.

Whether enemy saboteurs were successful or not within the U.S. I'm sure there was a lot of fear about sabotage, not unlike the terror threats we've had since 9/11. So it was good stuff for comic books and other popular media.