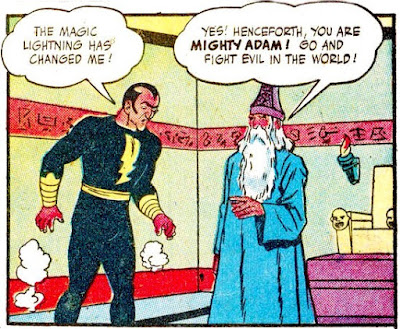 Old Shazam blew it when he gave powers to Black Adam (Shazam called him Mighty Adam originally), who was created as an evil version of Captain Marvel. In looking at the Grand Comics Database for the issue this story appeared in, Marvel Family #1 (1945), I see this origin story has been reprinted several times since DC Comics acquired the rights to Captain Marvel in 1973. The character is an interesting bad guy, but it appears no one at Fawcett had any plans to keep him on as a resident menace.

A Wikipedia page gives information about Black Adam’s appearances after the character was revived, but I keep it simple here at Pappy’s. In keeping with my simple mind, I stick with the Golden Age versions only.

Otto Binder wrote it, and C.C. Beck and Pete Costanza are given credit for the artwork. 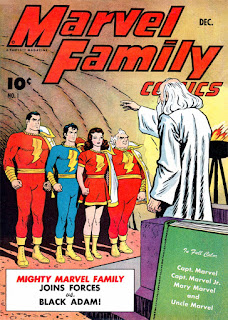 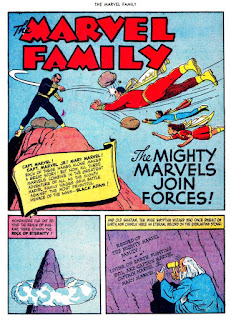 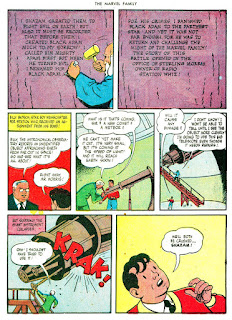 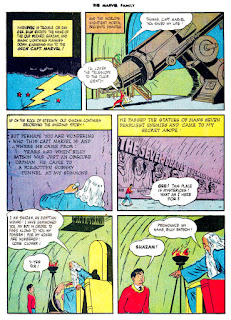 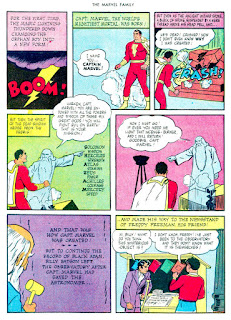 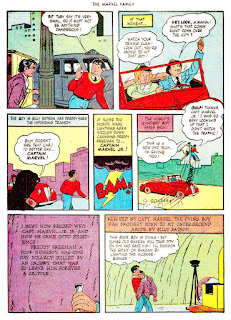 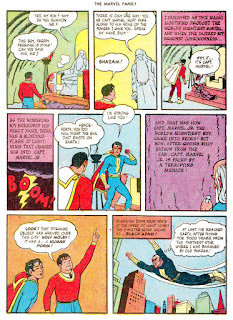 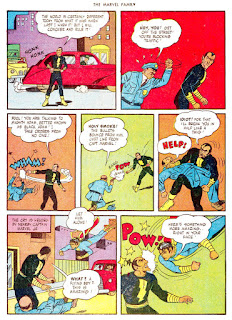 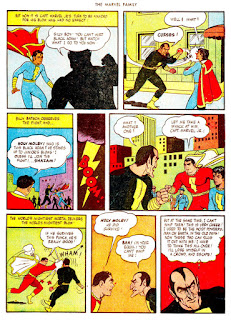 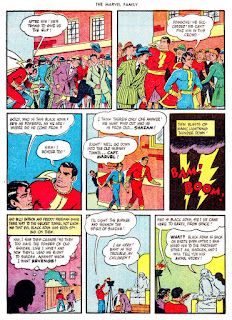 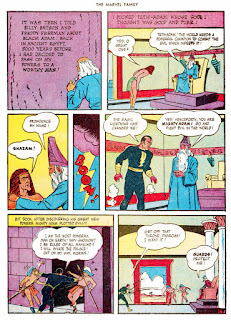 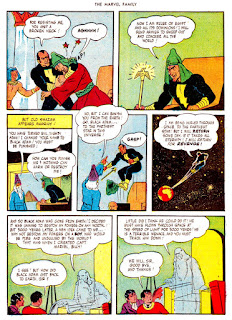 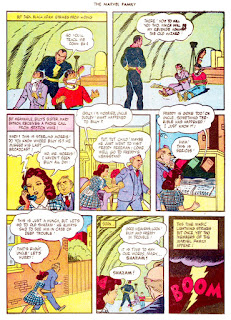 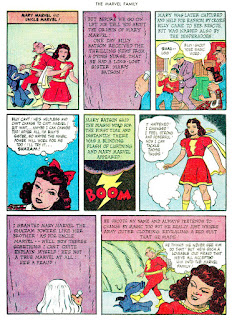 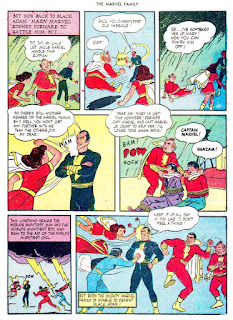 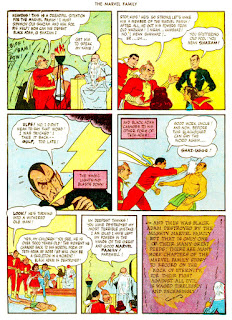 In the early 20th Century, there was an astonishing strongman, Joseph L. Greenstein, who went by the name “the Mighty Atom”. The DC Golden-Age Atom was probably somewhat modelled on Greenstein, and was certainly sometimes called “the Mighty Atom” in imitation of him. And Shazam's original name for Black Adam is surely a punning reference to Greenstein either directly or by way of Al Pratt.

In this story, Binder seems not simply to have been ignoring science, but actually to have made a point of violating scientific principles and understanding.

Something approaching at the speed of light could not be seen in advance! After all, the light from it would be travelling no faster than the thing itself.

Binder implicitly treated the farthest star as 5000 light-years away. Though the size of the universe is a matter of continuing controversy, our own galaxy is about 100,000 light-years in diameter.

In 9:4, Marvels once again revert to their non-super states for no good reason!

The end of Black Adam is of course yet another riff on the what happened to Ayesha, when the effect of the Flame of Life was removed from her at the climax of Haggard's She.

I think that the best way to explain the return of Black Adam would involve a rival wizard, named “Shaz-Uggg”.

I had a viewmaster of this as a kid and I found it disturbing and intense that Black Adam died at the end.

This story is also the basic spring board for Alan Moore's Marvelman stories. Of course, of course.

...Wait, a ViewMaster?? I have to find out more about this! Was it the actual comic panels, or the figurine* process that was used for ViewMaster's versions of Warners and Peanuts cartoons?

*I presume they were figurines. It looked for all the world like CGI but of course this was long before basic home computers with green text on CRT screens.