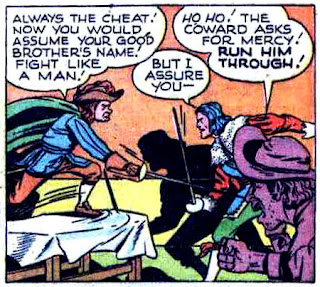 New masthead today. I want to thank Jim Engel for providing the former masthead, which I have had at the top of the page since December, 2014. It is great, and I still love it, but I feel it is time for a change.

Go to the bottom of today’s post for an explanation of the photo. Now, back to our regularly scheduled blog post...

When in need of a plot, go to the literary classics and steal one. In this case Man in the Iron Mask by Alexandre Dumas, the last of the saga of the Three Musketeers. It wasn’t even original with Dumas, but based on a historical incident. The Boy Commandos, or at least the adult, Rip Carter (as “Rippon de Cartier”) and boy, Brooklyn (“Brookline”) are playing with museum artifacts (foolishly left out for fools to play with), when they go into a dream that they are the characters in the drama.

The Boy Commandos were created by Joe Simon and Jack Kirby for DC Comics in 1942, and were popular with readers. After the war they became adventurers, and occasionally slipped in tales like this. I like stories that depart from the usual, and place the characters in fantastic settings. In looking at the history of the Boy Commandos as a feature in comic books, they had 36 issues of their own title, and they appeared as a backup feature in Detective Comics #64 through #150, and World’s Finest Comics #8 through #41. That would probably spell success, but they ended in 1949. By that time several DC series were meeting their fate, cancellation.

This story is from Boy Commandos #25 (1948). The artwork is credited by the Grand Comics Database to Curt Swan, pencils, and Steve Brodie, inks. 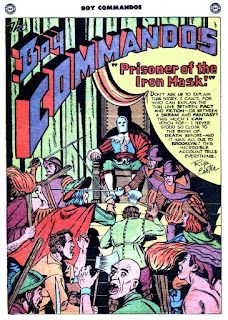 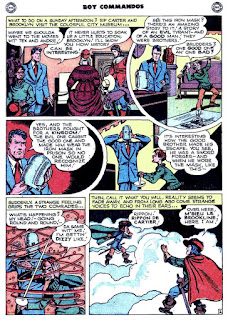 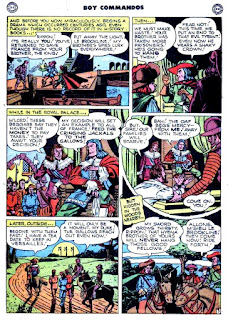 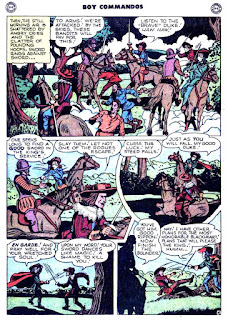 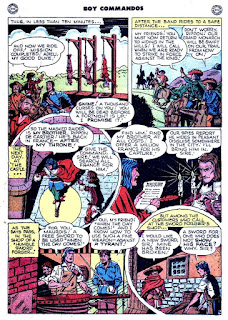 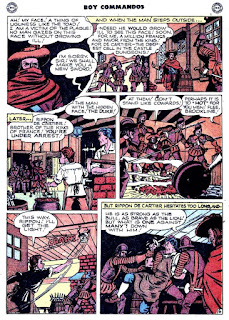 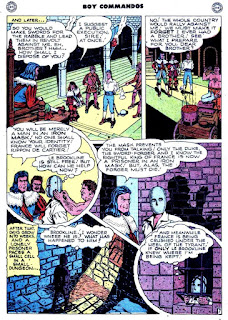 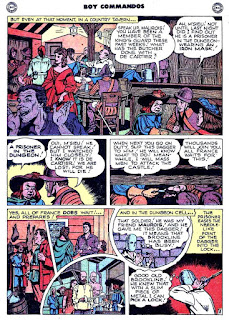 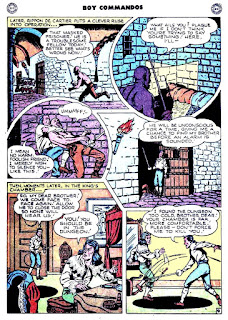 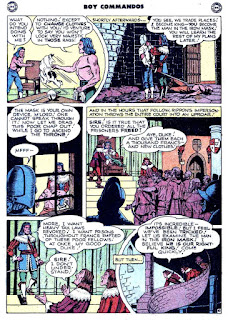 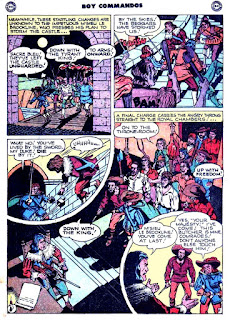 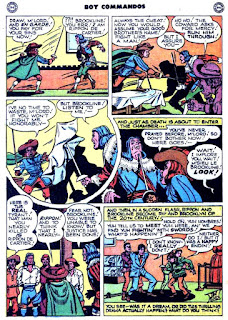 The picture on the masthead

In the summer of 1970 my wife, Sally, and I made a trip to Rutland, Vermont, and stayed for a week with Tom Fagan, his wife, Mary, and daughter Deana. Tom was one of the first of the old-time comic fans I met via the U.S. Mail when I joined comic book fandom, circa 1961.  In 1970 I was in my early twenties. Tom was of the age group ahead of me, the guys who were kids when comic books were still brand new. Tom became a lifelong fan from those first days of Batman. 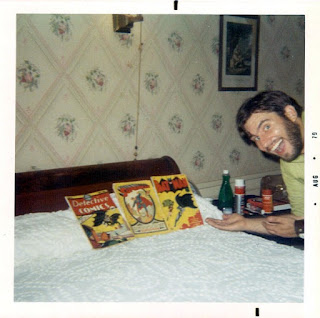 In the snapshot, taken by Sally, I am gleefully showing off three of the most desirable comics from Tom’s collection. Yet they were only a small part of the boxes of gold that made up the Fagan collection. Until that time I don’t remember ever seeing so many Golden Age comic books in one place.

Tom and Mary are now deceased. I heard from their daughter, Deana, some years ago. I didn’t keep up a friendship with Tom. For a few years we exchanged letters, but over time we wrote less and less, and our friendship faded away. It is one of the many regrets in my life. Tom was certainly one of the most unforgettable people I have met.

Pappy! You've given away part of Mrs Pappy's secret identity! How could you?!?

Daniel, I trust you won't tell.

Kirk, it's a cheesy way of showing my mug with nearly 50 years of decrepitude removed.

Those are some pretty old looking comics in that new masthead photo. I wonder if they've been recycled? I understand that some people collect these things. Are those worth anything?

Great story about the photo.
As for the post: Swan's start was ghosting Kirby yet he either learned nothing or rejected the lessons. Note that Swan's Superman is still my Superman (Boring's a close second) but I'd never use the word dynamic for his work.

Tom certainly is unforgettable. He's the nexus of Marvel and DC, whose heroes met a couple of times in halloween stories set in Rutland, Vermont in the 1970s.