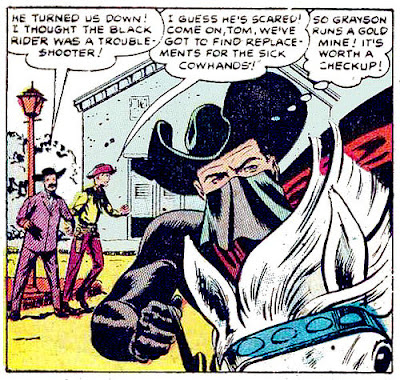 The opening of this Black Rider story reminds me of macabre conversations my buddies and I had when we were very young. What would be the absolute worst way to die? My personal fear was being buried up to my chin, having honey poured on me, then eaten by ants. (I was a morbid kid.) Nowadays I can think of a couple of dozen usual ways I don’t want to die, and despite all of the things that can kill me within the range of possibility, eaten by ants, no matter how rarely that would happen, makes me shudder.

Black Rider, who is secretly Doc Masters, goes up against a gang making counterfeit gold coins from lead and “good Mexican gold.”

The art is done by one of Atlas Comics’ top artists of the fifties, Jay Scott Pike. It is written by Robert Bernstein, another long-time comic book scripter. 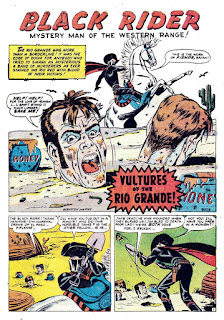 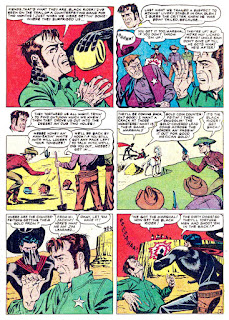 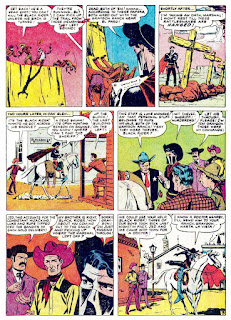 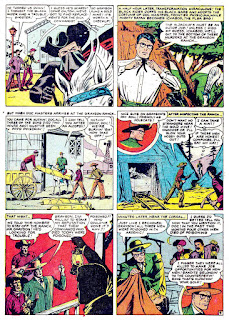 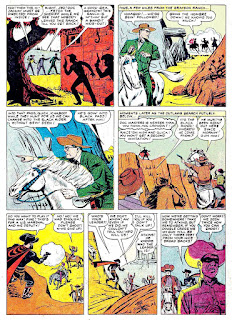 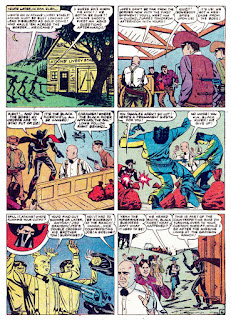 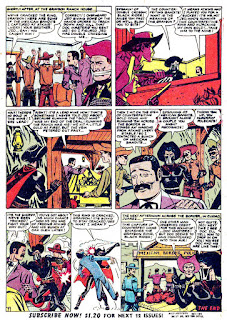 It's a nice twist seeing the uncostumed alter ego get credit in the presence of the costumed hero.

More generally, this story has more structure to it than most. Unfortunately, the principal villain is drawn like, well, the Principal Villain.

As a child, I would have been very unhappy with the deaths of Jim and Marshal Drews at the outset. I can't say that I'm happy about them now, for that matter.