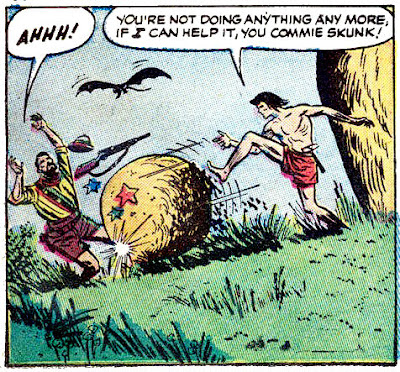 Jungle Boy appeared only in Atlas Comics’ Jungle Action, which lasted just six issues. Jungle Action featured two white male jungle guys, an ape called Man-oo, and one female, Leopard Girl, drawn by one of the top girl artists of the comics, Al Hartley. Jungle Boy lived in the jungle with his dad, who is Jack Spears, a white hunter. I haven’t read all the Jungle Boy stories, so I don’t know what his actual name is. His dad just calls him “son” in the example I am showing today. The jungle folk call Jungle Boy “son of the hunter.”

Jungle Boy, like all Atlas heroes of the era, butts heads with a communist. The wild-eyed commie spouts his goofy plans to Jungle Boy. For one thing, he is going to kill all the natives, “one by one!” He is going to inject all of the animals with a “certain serum,” that will make them turn on the American soldiers “when the call comes for the communist revolution!” This Red is full of silly notions and screwball schemes.

Oh , and there is a giant bat, and a caveman, also. All in six pages. 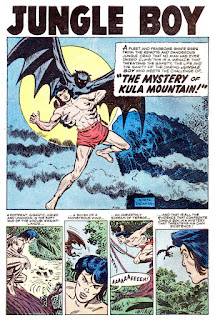 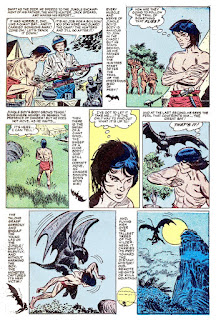 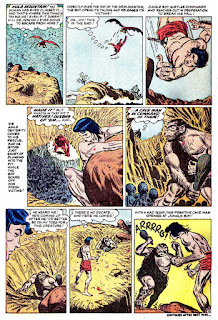 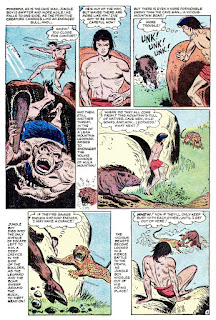 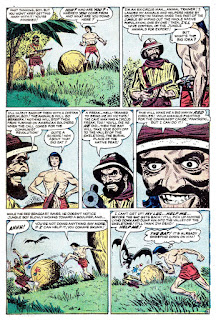 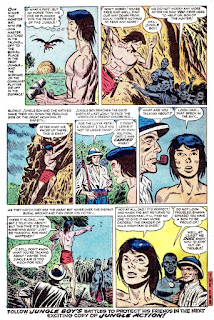 Dan'l...so I have been told since infancy: stay away from commies...AND bats.