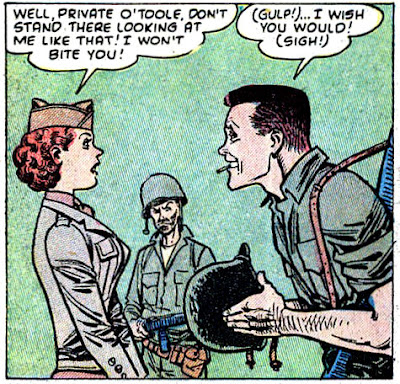 In Battle #4 (1951) from Atlas Comics, artist Joe Maneely is represented with a cover and two stories. The stories are different in tone. One is a light story about a horny soldier vying for a young woman, but outranked by a superior. The other story is about a tough major on the battlefield of Korea, and a young man he constantly rides. It has a surprise ending, yet I am sure I have read a version of the story long before reading this one. That wouldn't be surprising, because comic book stories are often swiped. “Battleground of Hate!” is an old tragedy.

The second tragedy is not a story, but real life. Joe Maneely, one of Atlas’s top artists, died young. Dying of natural causes, in war, or by accident like Maneely, at age 32, leaving a wife and young family, is always a tragedy.

In the same Wikipedia entry on Maneely, there is this: Marvel editor-in-chief Stan Lee opined in the early 2000s that had Maneely lived, "he would have been another Jack Kirby. He would have been the best you could imagine." 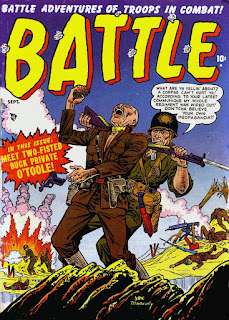 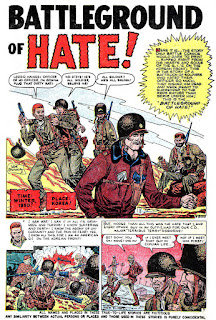 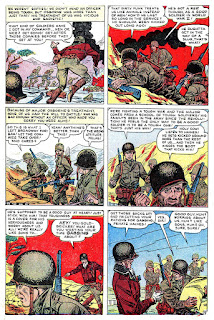 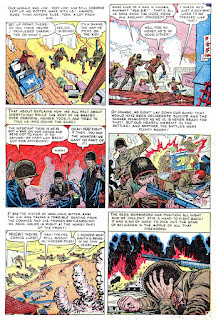 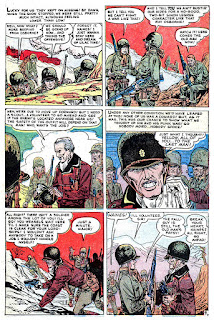 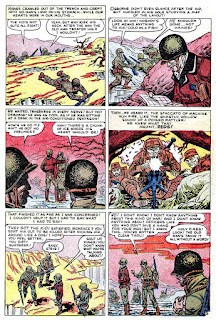 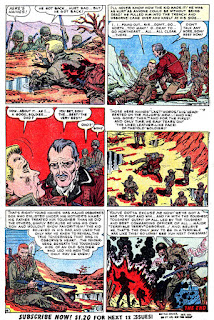 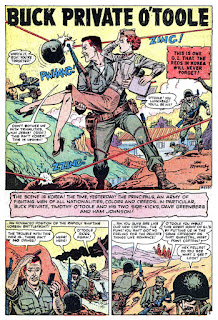 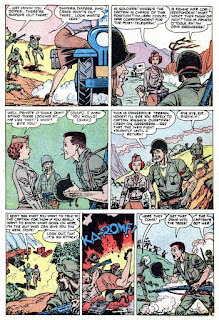 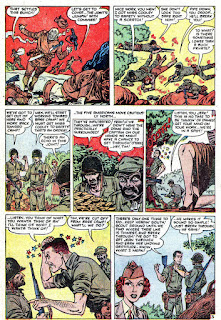 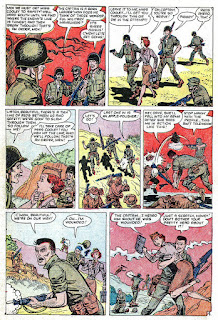 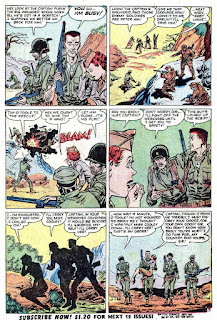 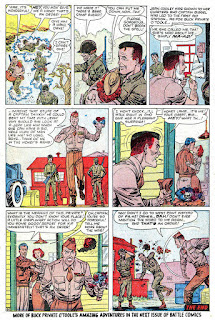 Stan is absolutely right about Maneely, everything he did for Atlas was wonderful, and he was pretty fast. He would have been right there with Kirby and Ditko.

The first war tell is pretty predictable and yeah, I swear I've seen this one told a hundred times. I like the second one better, as unrealistic as it is (war is more like a video game in this one.) It's a silly tongue-in-cheek story.

Yeah, somewhere I've seen a story with many of the same elements as “Battleground of Hate”, including the son's enlisting under the family name of his mother. And, more generally, Atlas seemed to have rather a lot of stories of men proving themselves through actions that destroyed their sons.

When did the first comic-book story appear in which the principal characters were soldiers in combat, with no superheroes and with no misshapen children in funny hats? I've not seen any from before the early '50s.