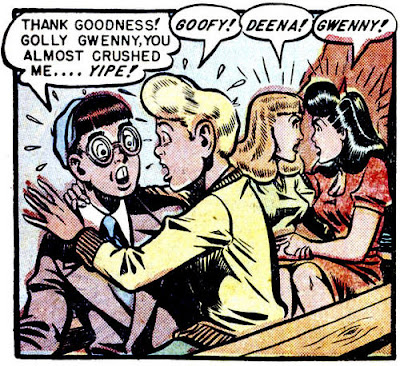 Before Al Feldstein worked for Bill Gaines at EC Comics, he did his time in the trenches with Victor Fox. Many things have been said about Victor “I’m the king of the comics!” Fox, but if I have ever read anything good about him, I have forgotten it. Fox was a publisher who got in financial trouble and tried to cut corners by not paying his artists.

For awhile Feldstein worked for the Iger Studio, but later went out on his own, and that is where we find him with Junior. In looking over some of the Junior stories, I think it is probably as close a rip-off of Archie as you are likely to find, even in a trend-driven industry like comic books. When Archie became a hit most every publisher jumped in with their own version of the Riverdale gang. In Junior’s case we have Goofy for Jughead, and of course there are a blonde and a brunette, Gwenny and Deena standing in for Betty and Veronica. (Feldstein also did Sunny and Meet Corliss Archer for Fox. I suppose one day I’ll have to look at them.)

As we have seen before in this blog, Archie Comics could be pretty sexy, and the audience for Junior is the same. There were eight issues, and all the covers have a nubile young female showing legs. Fox was open about sexy girls in his comics. He probably learned that from the example set by Fiction House (another Iger Studio client).

The Junior stories were attributed to “Bill Brown,” but Feldstein usually also signed his initials. In this story look in the lower right corner of the splash panel for “ABF.” 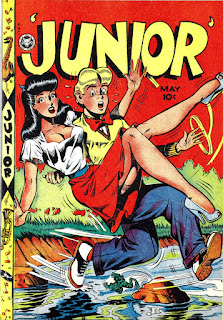 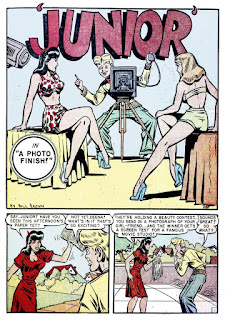 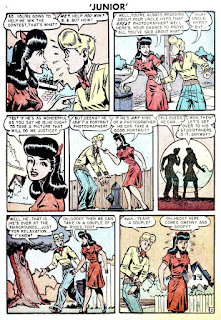 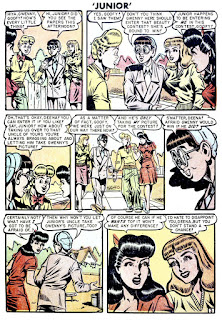 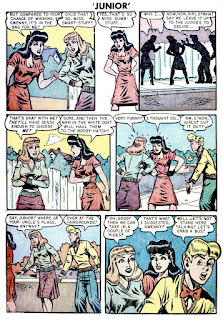 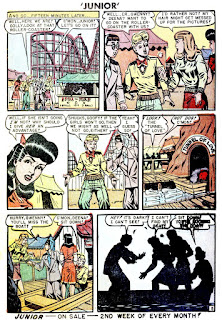 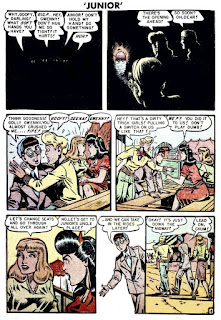 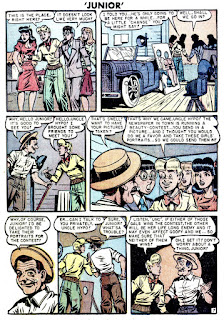 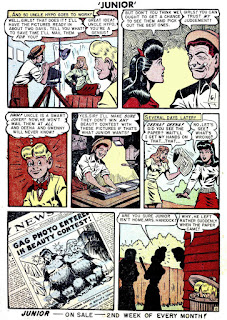 So the girls and the boys were making out with each other in the dark? That's pretty damn risque for the times!

Smurfswacker...I agree. I think Feldstein slipped a bit extra into that scene, at least by implication.