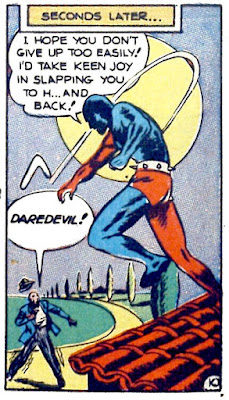 Daredevil is after a murderer in “The Case of the Killer Who Hated Death.” The law arrests Tonia as the murderer. Tonia is Bart “Daredevil” Hill’s friend, so he goes all out to find the real murderer. Like most costumed vigilantes in comic books he has no qualms about illegally breaking into prison and punching a prison guard with his fists, or hitting someone with his deadly boomerang...if it will help Tonia.

The story and art are signed by Charles Biro, who was also the editor. 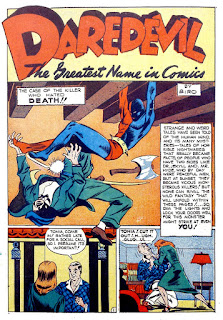 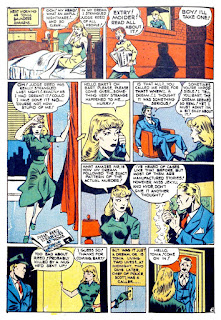 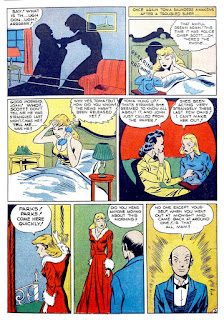 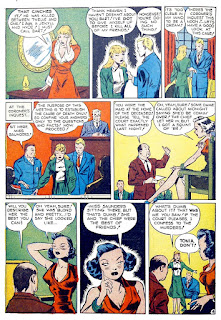 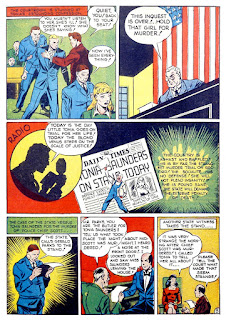 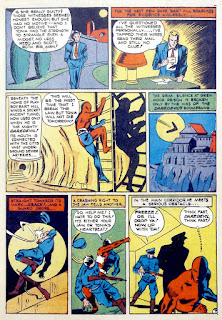 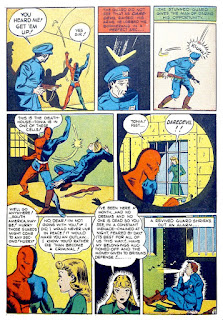 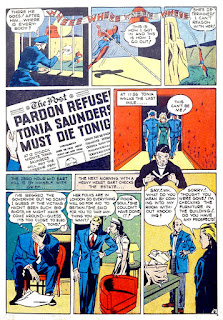 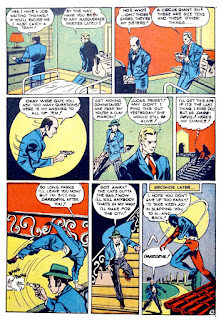 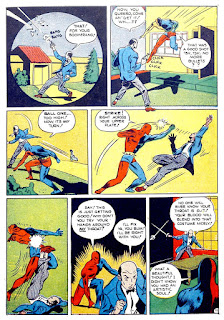 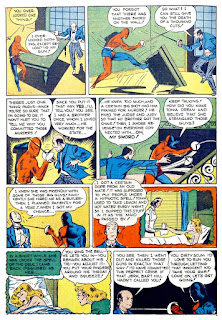 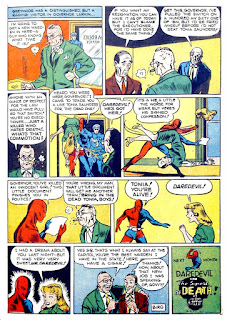 I wonder if Tonia and Daredevil don't embrace at the end of the story because of some moral objection on Biro's part, or because that spiked belt would kill her.

<span class="sarcasm">Yeah, that was perfectly plausible … including the business of a jury determining the guilt of someone who had pled guilty, and the general absence of news about Tonia not having been executed.</span>

As for me, most of my qualms about socking state officials are practical, rather than ethical. And I'd try to bust lots of people out of prison if I thought that I could succeed.