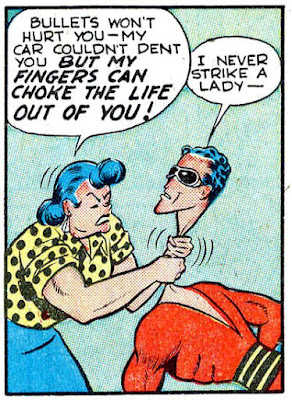 In the past couple of months we have looked at early Plastic Man from the first few issues of Police Comics. Plas’s costume changed slightly each issue until he achieved his final look in Police #4. I am showing the two-parter from issues #4 and 5 (1941). Plas alone faces Madam Brawn and her Crime School for Delinquent Girls. (Woozy Winks has not yet made his appearance)

The first part has my favorite panel to snicker over. The line of Madam Brawn’s, “I’ve got the toughest molls on spike heels!! Any one of ‘em can lick two men at the same time!! makes me laugh every time I read it. It triggers my still close-to-the-surface adolescent mind. Did Cole sneak that past the editor and get away with something? I dunno. But I bet it got a few laughs from readers in 1941, also. 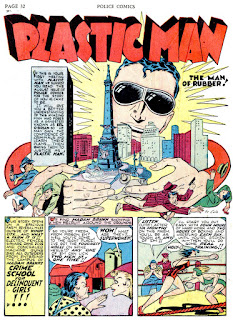 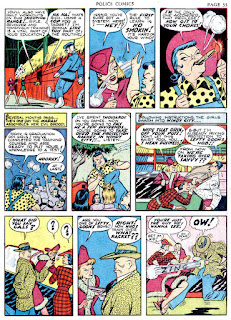 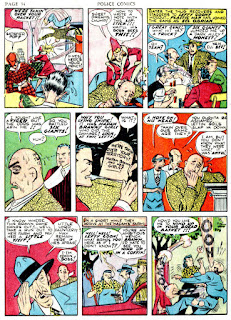 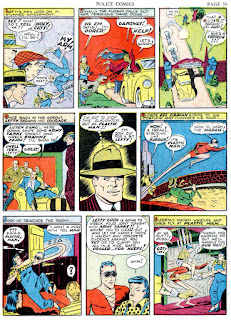 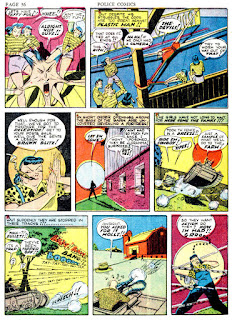 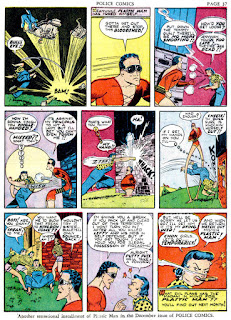 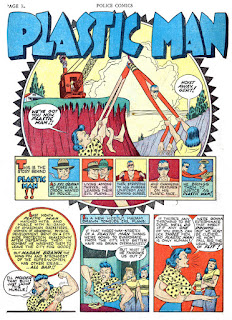 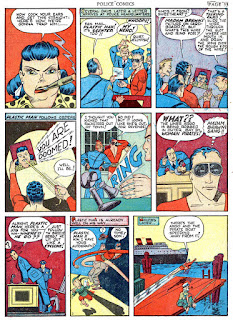 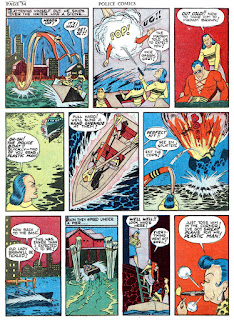 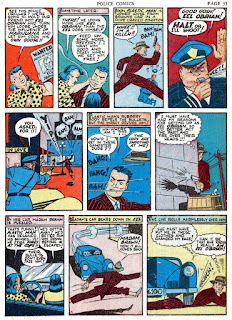 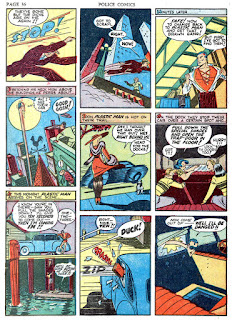 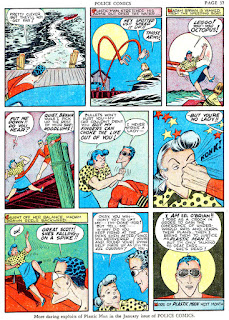 This was brought to my attention recently. Marty Murphy's Plastic Man cartoon appeared in the April 1999 issue of Playboy. Murphy drew Plas in his original costume. Copyright © 1999 by Playboy. 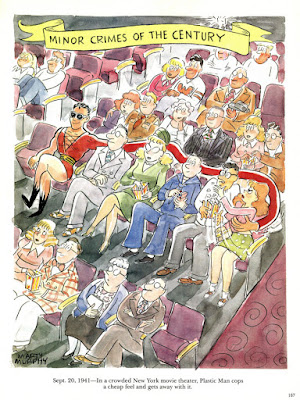 Cole seems a bit rushed on this one, but it's still a fun story, though the mysterious spike out of nowhere is all shades of goofy. I like how the cigar is supposed to make Madam Brawn more "manly" but the only time you see women smoking cigars now-a-days is fetish ads to make them seem more feminine. Sometimes this country is weird!

I do enjoy how out of nowhere this thing goes all refeer madness on us!

I'm very fond of FBB's (female bodybuilders), so even if Madam Brawn is the only character exactly BUILT like one, these two stories are very enjoyable all around. But for "FBB" reasons, there's especially Page 1 of the first story, with the bicep pose followed by her dramatic profile (which is partly a euphemism, of course). I just wish they'd given her more of an exotic comic book villainess type FACE, but it's almost too much of a comical story for that.

Very inventive panel arrangements. The little I know of Cole, I feel that this his crazed layouts were as much of a signature as his sonic speed brushwork.