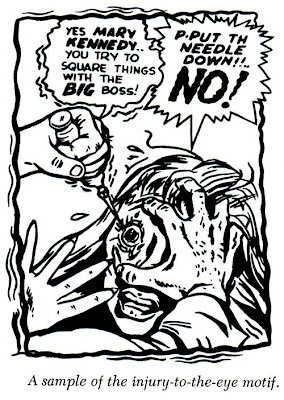 “Murder, Morphine and Me” is a story that other blogs have already posted, but I can’t resist showing this incredible melodrama by Jack Cole. It’s from True Crime Comics #2 (1947). There’s a lot of plot and much shoot-em-up action for the mere 14 pages it takes to tell the story.

It’s also, as knowledgeable fans know, infamous for being included in Seduction of the Innocent by Fredric Wertham, M.D. with the above “injury-to-the-eye motif” panel. I repeat my assertion that in 1954 when SOTI was published many comic panels that Wertham showed were in comics long unavailable to the average reader, but it didn’t make any difference. The shock value was what he was going for, and the panel certainly had that.

In 1954 Jack Cole was making his transition from comic book artist to gag cartoonist (and a new found fame working for Hugh Hefner at Playboy). “Murder, Morphine and Me” probably wasn’t in his portfolio to be shown to art directors for the more sophisticated cartooning Cole became known for. But it is an indelible example of Jack Cole pulling out all the stops on a masterpiece of late forties comic book storytelling and excesses. 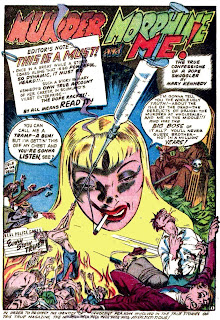 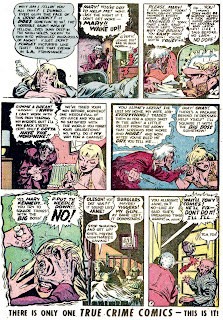 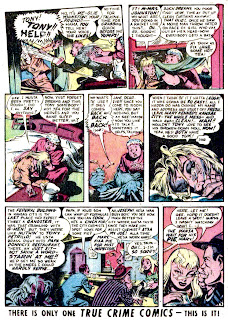 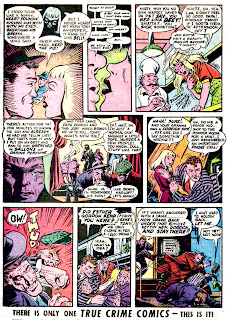 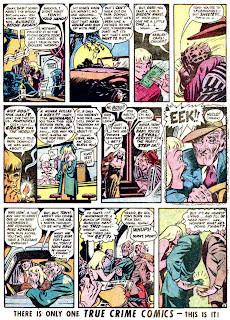 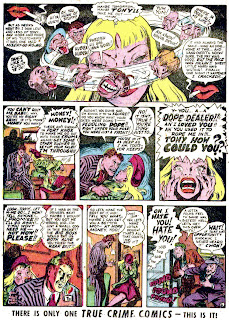 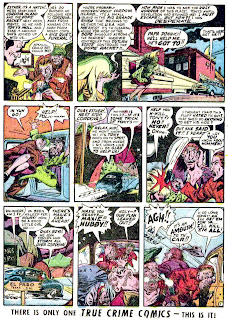 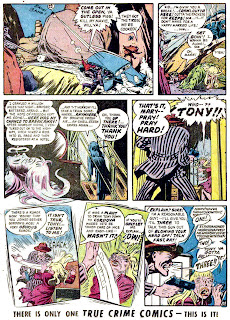 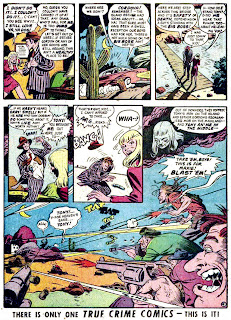 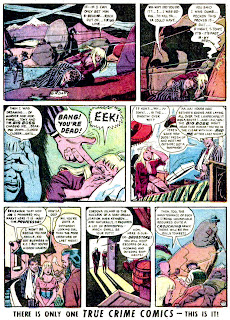 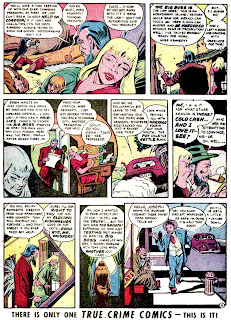 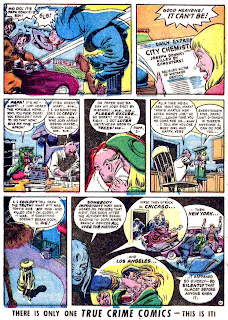 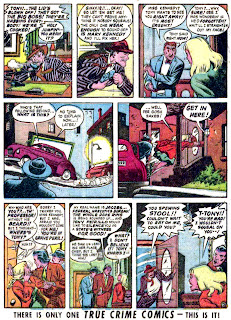 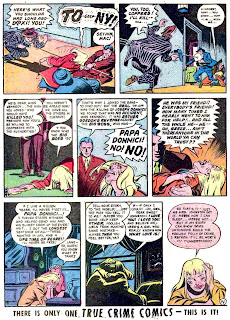 As the original review for Gulliver's Travels went, I don't believe half of it!
True story my leg...

Wow! That whole story has a hallucionatory feel to it. The art is a lot more abstract then anything Jack Kirby was doing at the time. More abstract even than Cole's own Plastic Man, yet without the farce (unless the sheer excess is supposed to make you laugh.) Again I say, Wow!

By the way, whether this was in Jack Cole's portfolio or not, future boss Hugh Hefner may have indeed seen it. I believe the Playoby editor (and one-time aspiring cartoonist) was already a fan of Cole's comic book work and recognized the name when the first submissions landed on his desk.