Number 1504: Jack Frost in the Land of the Lost 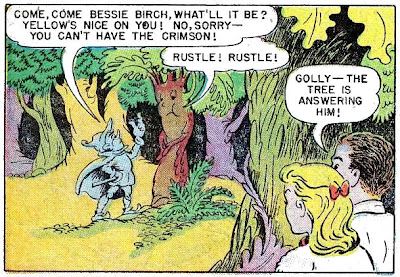 Brrrr. Much of North America and the United States is gripped right now is what is called a polar vortex, with record-breaking cold temperatures. Jack Frost is definitely nipping at our noses and any other exposed parts.

Speaking of Jack Frost, I’ll bet you wouldn’t place Jack Frost under the ocean (nor would I), but here he is in The Land of the Lost #3 (1946). The story is written by Isabel Manning Hewson, the creator and writer of the then-popular radio series, and illustrated by Olive Bailey.

I have shown other episodes of this charming series, published by EC Comics when EC stood for “Educational Comics,” under the ownership of Maxwell Charles Gaines, father of William Gaines, who went on to a wholly different style of comics when he took over the company after the elder Gaines’s accidental death in 1947. 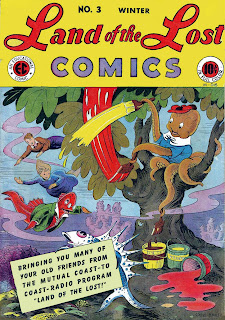 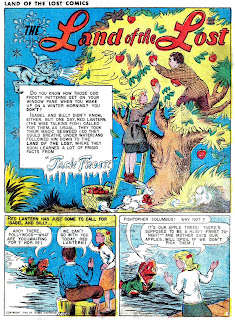 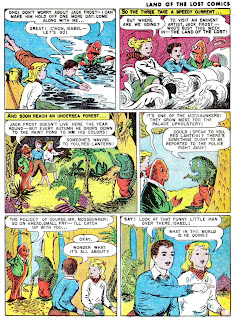 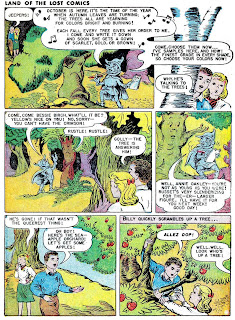 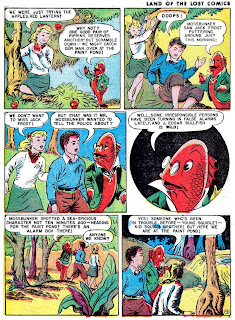 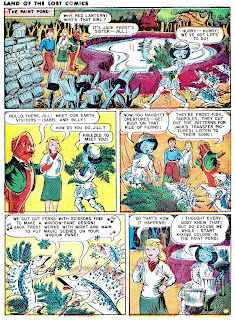 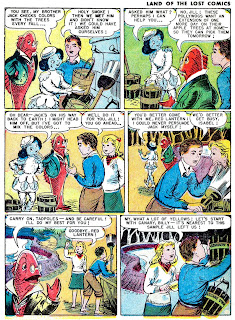 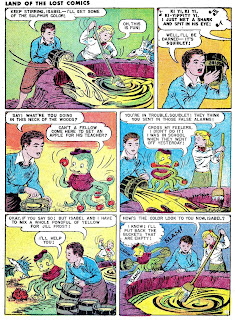 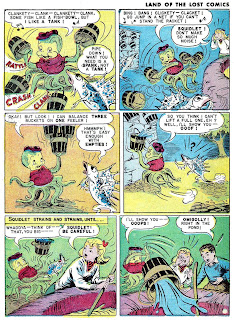 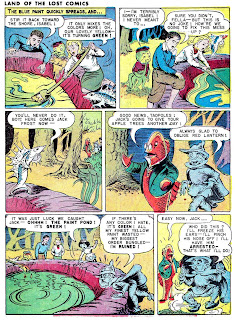 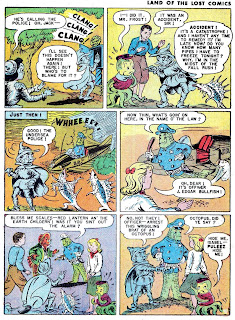 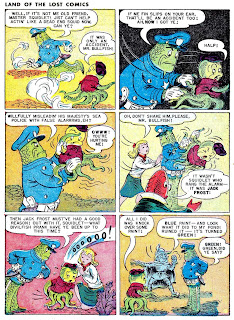 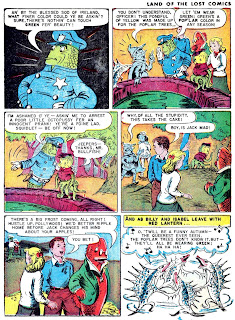 More Land of the Lost. Just click on the thumbnails. 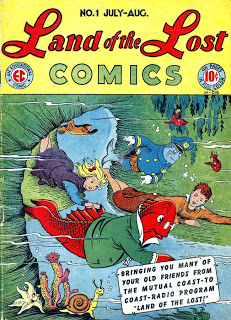 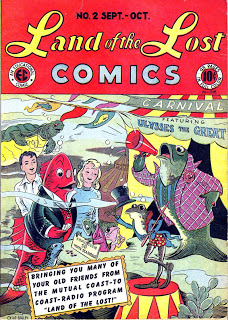