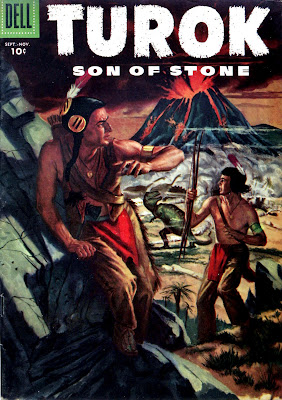 Turok and Andar, our Pre-Columbian Indian heroes, are men of their time period, and have weapons and skills of their time, primitive by our standards. The cavemen of the hidden valley, who might have been living there for centuries, have to be taught that simple technology. How did they survive in a world of giant predators, and how can men share space with dinosaurs, who predated them by many millions of years?

It is fiction so we just accept it. But cavemen and dinosaurs existing in a modern world, a lost world tale, was part of a genre of fantasy fiction. It may have been inspired in part by The Lost World by Arthur Conan Doyle. Doyle's book was very popular, but the idea wasn't new even when Doyle wrote his work. I guess the fantasy goes to a longing on the part of people who want to see the ancient Earth and its wonders.

From Turok, Son of Stone #5 (1956), story by Gaylord DuBois, art attributed to Bob Correa with inks by John Celardo. 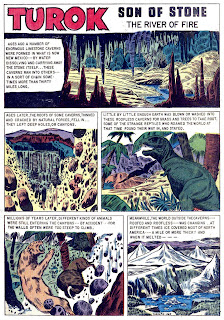 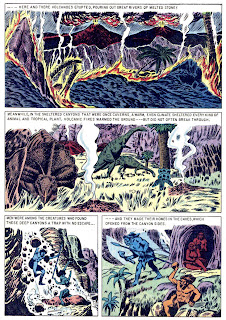 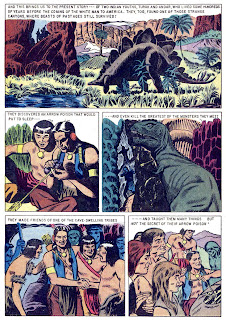 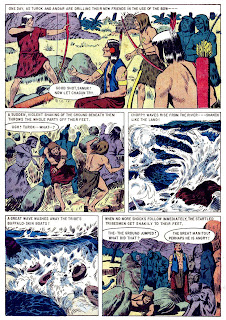 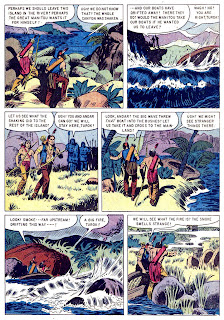 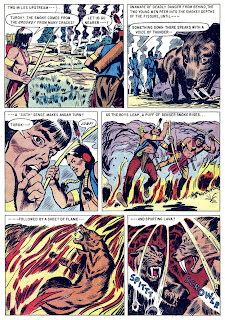 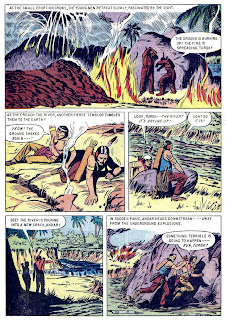 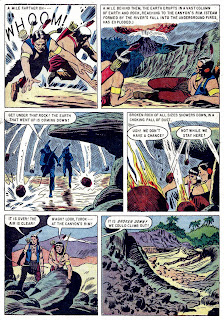 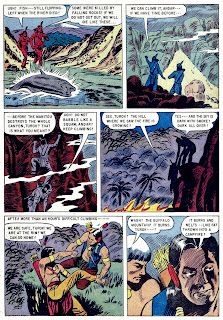 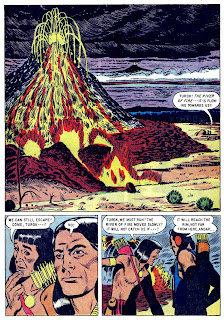 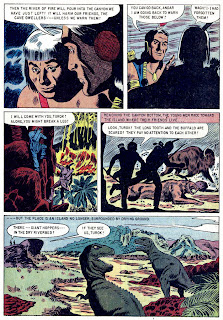 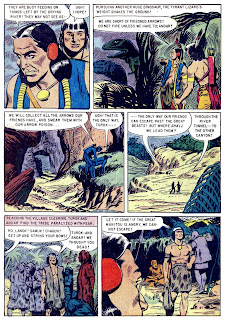 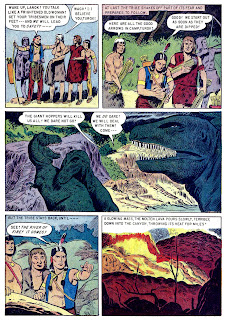 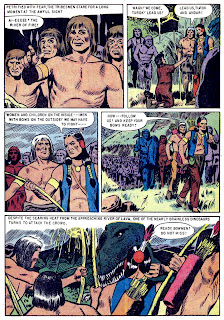 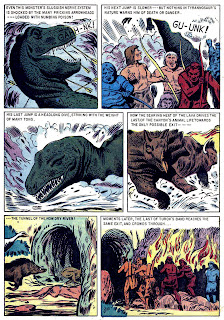 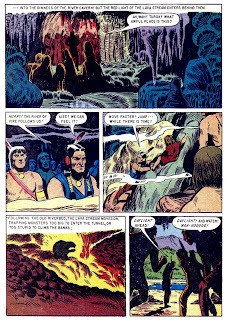 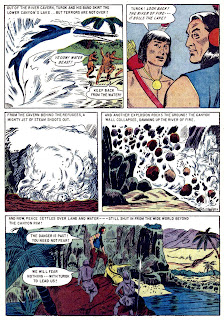 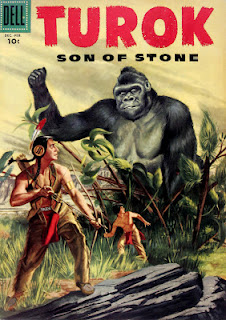 A week after this post appeared I was in a dollar store and picked up a two-pack of comics in a plastic bag labeled Super Hero Comic Book Spectacular. I was interested because I saw one of the titles was Valiant’s Turok Dinosaur Hunter #2 (1993). (Coincidences of all types happen often to me, but I don’t usually mention them because it seems self-serving, but they do happen.)

When these comics came out originally in the early '90s I ignored them. I saw they were an attempt to take a good character and turn it into a modern equivalent with hyper-violence and other mayhem. What I see here is not the lithe pre-Columbian Indian hero of the Dell Comics title, but some sort of Rambo-type with long hair and a machine gun. 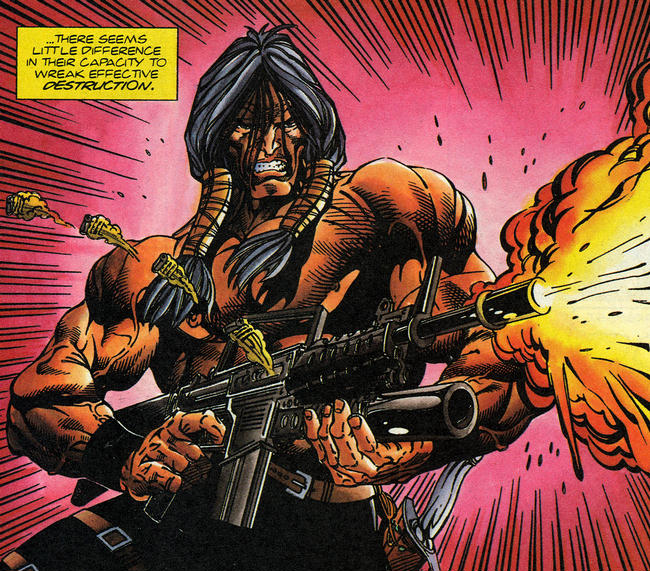 I’m not dismissing the talent behind the comic, because the illustrations are well done, and the writing is along the lines of what was popular at the time. Despite that when this came out is just about the time I abandoned superheroes I had grown up with, as they became comics that looked like this.

(This sort of cliché, the talking-through-clenched-teeth panel, makes me think of superhero as rage-filled psychotic doing damage to dentition.)

According to the Overstreet Comic Book Price Guide (the latest edition I have is #39), the new version of Turok had a fairly decent run until the late '90s, at which time it was gone again. I hope if someone else picks up the character they won’t do what Valiant did to the original concept, and that is to take the Turok who was a wise and strong hero in a strange world of prehistoric monsters, and turn him into a steroidal freak, looking like another type of monster.

By the way, a while ago I posted a profile of Bob Correa on my blog. Check it out!

Thanks, Alberto. I have linked to your fine website.