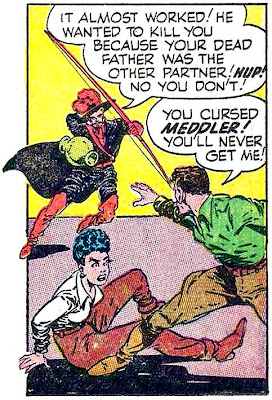 If this Scarlet Arrow origin story was a 1947 movie instead of a comic strip it would be a programmer, a B-movie. It would be a made on a low budget without “A-list” actors. I'd give it credit for good costume design for the hero, but the unimaginative script would doom it to the bottom of a double bill at a neighborhood theater. Since it’s a comic strip and not a movie, I’ll give it credit for being drawn well by artist Bob Powell and his studio assistants.

The Scarlet Arrow didn’t make the comic book world “quiver” (ho-ho); he lasted for a couple of issues of Black Cat. This story is from Black Cat Comics #5 (1947): 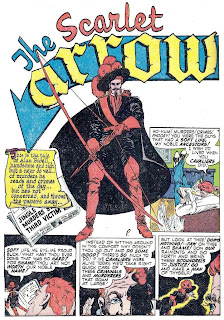 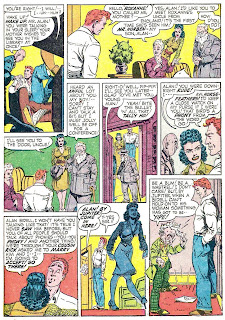 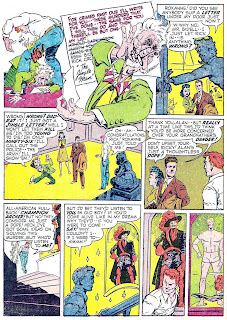 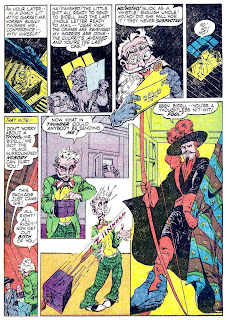 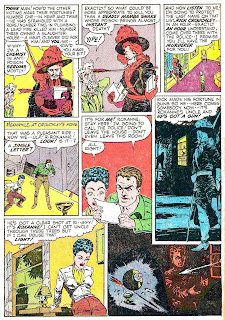 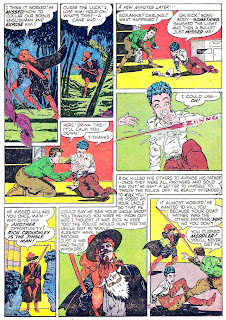 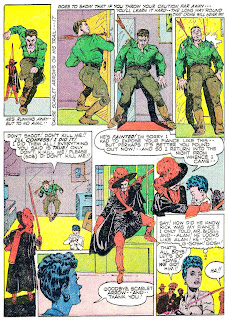 Okay, not a great story; not an awful story. I do like the idea of the female lead tumbling to tbe hero's identity quickly.

I thought and think that it would be a good idea to have a series in which, without the hero being in any way a fool, the romantic interest had discerned the hero's secret identity, but kept that knowledge to his- or herself.

I'm not sure that this short-lived series would fit that. Alan seems a bit of a dolt, and I don't know what Roxanne did in the remaining episode.

The general feel I get from comics in the post-War years was that many of the superheroes started going for more mundane adventures as the comics began to shift away from superheroes for private eyes, crime, science fiction, and jungle comics. There were a few exceptions, but the superheroes seemed mostly at loose ends without colorful Nazi foes to face.