Number 1502: “So Captain Marvel zapped him right between the eyes...” — John Lennon 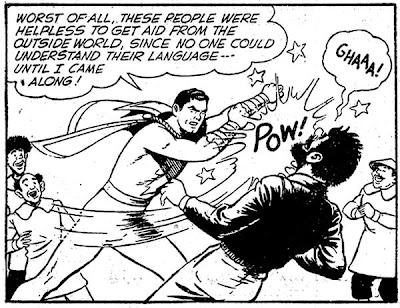 In reading and cleaning up the scans of this UK version of Captain Marvel Adventures #69 (US issue #124), John Lennon crossed my mind. In “The Continuing Story of Bungalow Bill”* on the 1968 album, The Beatles, there is this lyric:


“Deep in the jungle where the mighty tiger lies
Bill and his elephants were taken by surprise
So Captain Marvel zapped him right between the eyes...” 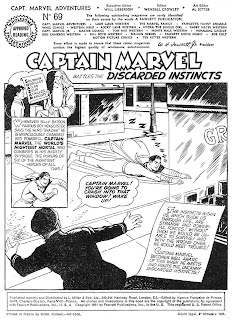 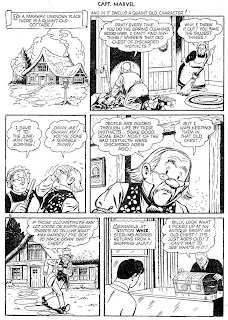 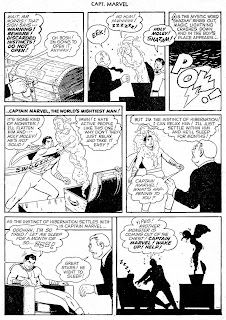 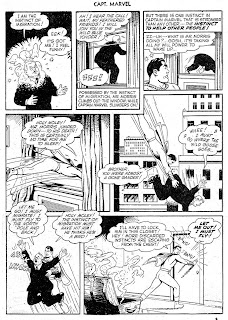 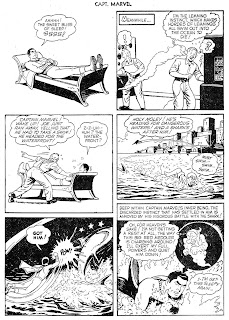 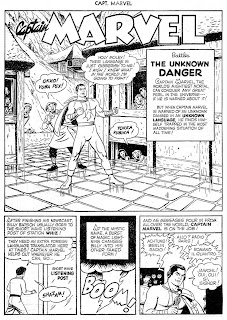 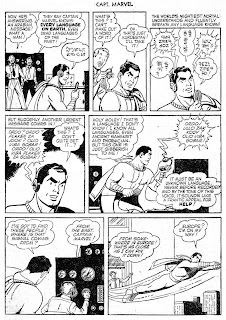 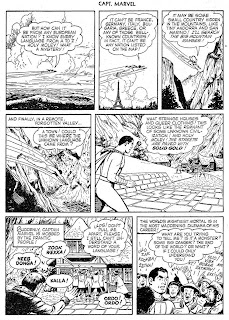 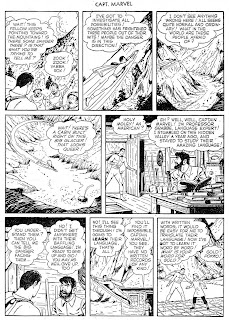 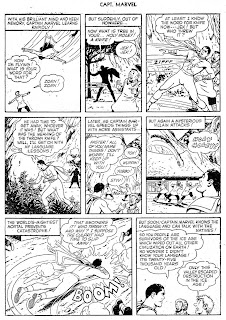 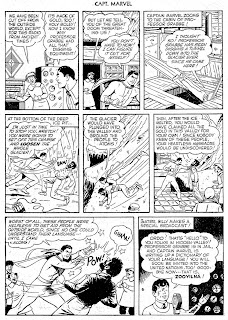 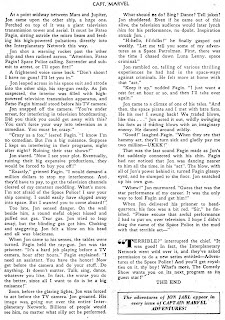 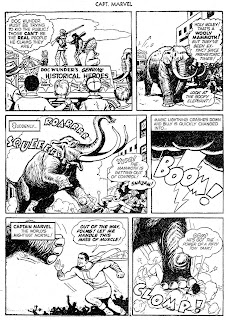 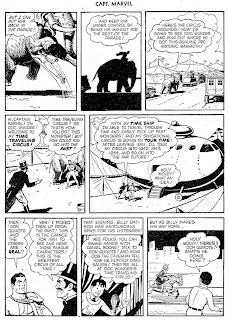 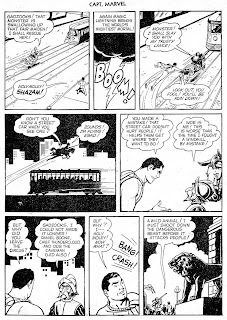 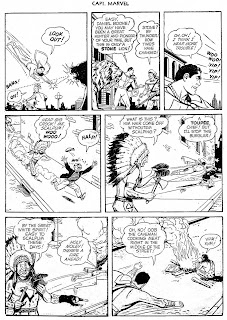 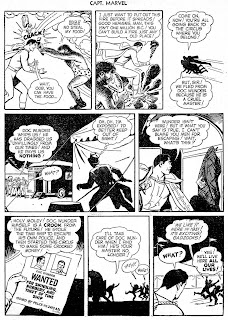 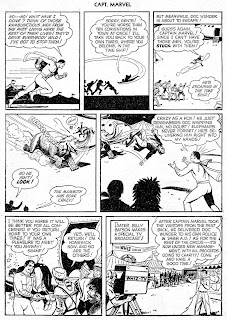 **********
*You can read the story of the song’s origin in this Wikipedia page on “The Continuing Story of Bungalow Bill”.

At the end of 2012 I scanned and posted the UK version of Fawcett's adaptation of the science fiction movie, The Man From Planet X, and last July I posted a UK edition of The Marvel Family Go to them by clicking on the thumbnails: 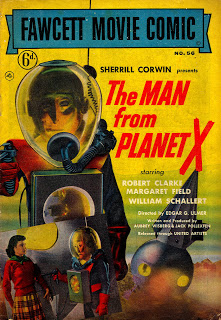 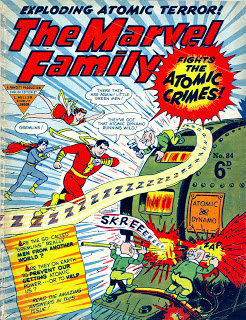 Is this drawn primarily by the C.C Beck Studio? Pete Costanza? Or?

It looks like the Beck Studio, and wasn't Pete Costanza part of that group?