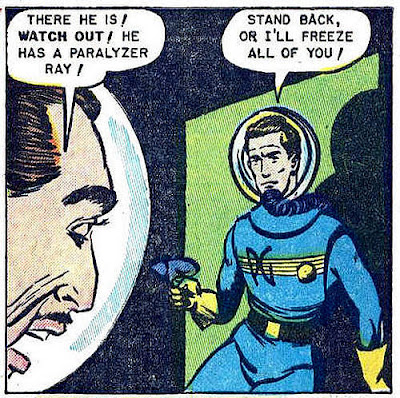 These two stories with time travel themes are drawn by Lou Cameron, a favorite fifties comic book artist. The first story, “Mission Into Time” (which begins with a date of 2014) is from Ace Comics’ Space Action #3 (1952, last issue), and the second, “I Was the First Future Man” is from DC’s My Greatest Adventure #24 (1958). You can see how Cameron developed as an artist in six years. (The stories are not very good, a problem with science fiction stories packed into six or seven pages.)

Cameron didn’t stay much longer in the comic book field. According to the Wikipedia entry on Lou Cameron, he wrote an estimated 300 novels, mostly in the Western genre, many of them under pen names. He created the popular Longarm series as well as the Renegade and Stringer series. Cameron died in November, 2010. 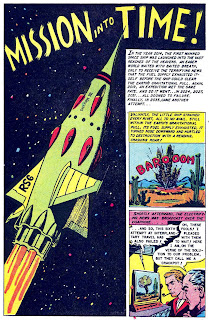 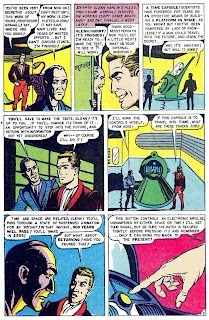 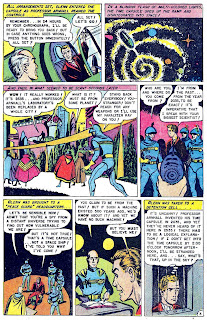 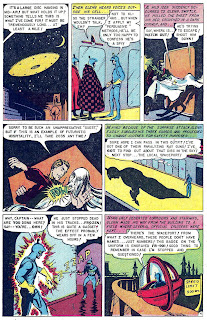 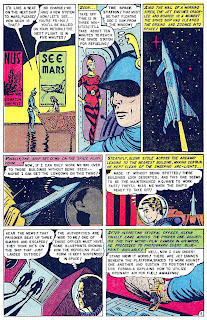 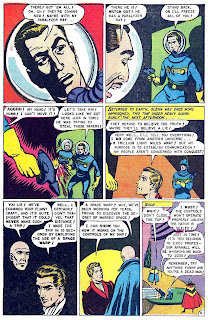 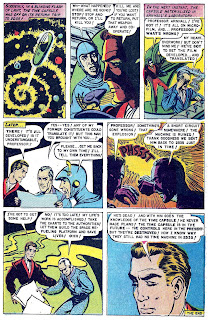 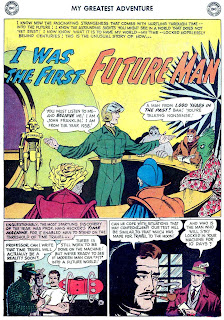 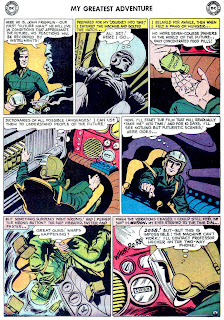 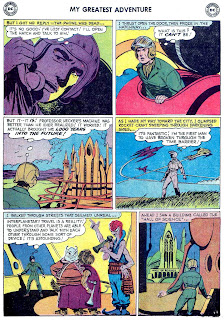 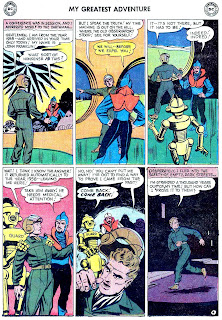 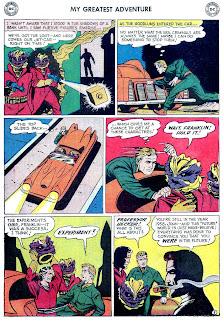 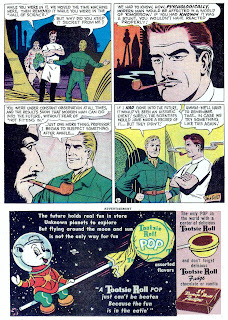 A well chosen pairing and an enviably clever title!

I laughed aloud at the shoddy writing of first story! But the poor quality of each not-withstanding, it was interesting to the see the first story echoed in the second.

Daniel, I wonder if Cameron wrote any of his own comic scripts? Your comment "the first story echoed in the second" made me wonder. With 300 paperback book credits in his post-comics career I think he would have been more than qualified even before he left comics and took on writing novels.

Jim Amash, who interviewed Lou Cameron for Alter Ego and knew him well, could add his insight to this, but it's my understanding that Cameron did not write his own comic scripts. In his interview, he says that he wasn't inclined to encroach on the writers' job.