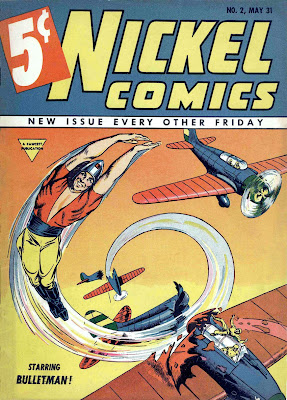 This is the third entry of our “What pours out of a Fawcett” theme week, featuring comics from that publisher.

Nickel Comics was short-lived. It was the idea of the publisher to beat the competition by putting out a cheaper product (it was half the page-length of the usual 64-page comics costing 10¢), and it came out every two weeks, which meant it was the equivalent of a monthly comic with a normal page count. But according to lore the magazine distributors didn't like it because they had to find rack space for it just like the dime books, and yet they got less of a return. If someone in that era had opined, “What this country needs is a good 5¢ comic book,” at least the idea was given a chance.

This Bulletman story, credited to writer Bill Parker and artist Jon Small by the Grand Comics Database, is the second Bulletman story published, and is fairly typical superhero fare for 1940. It is burdened by Parker’s use of captions, describing action we have already seen in the panel. Parker is credited with writing the original Captain Marvel stories, also. The captions stop the action cold. I suggest you do as I do; don’t read them.

I understand that Small was from the UK and worked in the American comics industry from the mid-thirties to the mid-fifties. He was the first artist to do Bulletman. I have also seen his name spelled “Smalle.” 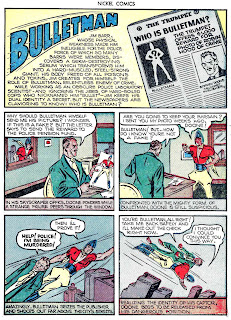 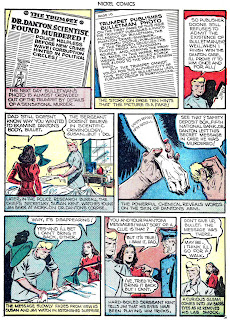 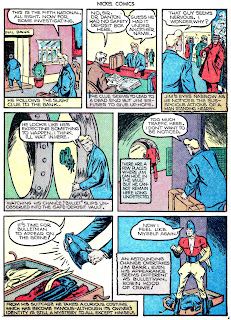 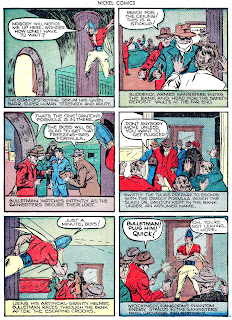 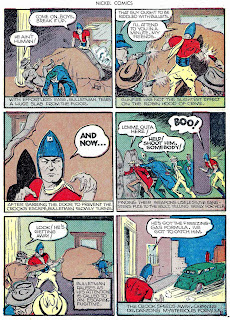 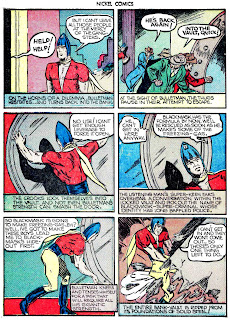 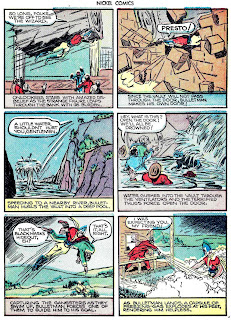 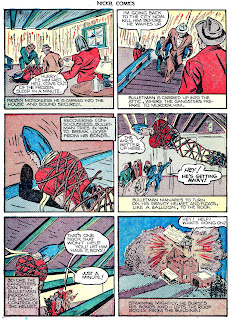 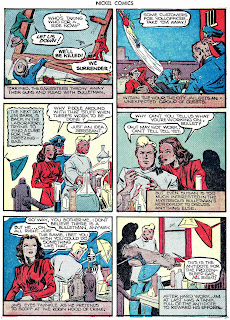 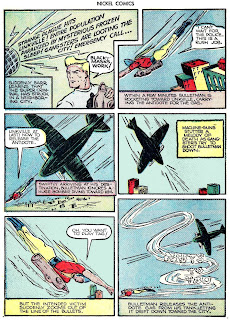 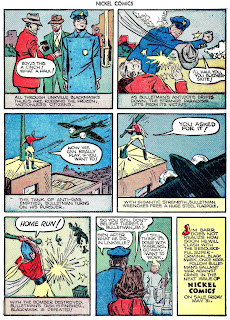 In 2010 I showed this elegantly illustrated story by Small for Fairy Tale Parade. Click on the picture to read it. 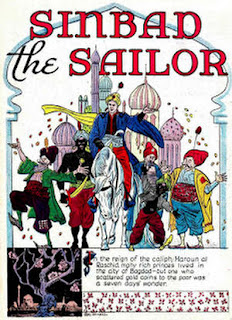 I'd not before seen a Bulletman story quite this early, or nearly so primitive!

(I do read the captions, as I want to develop a better intuition of the old principles of composition, awkward as they were.)

You're not kidding - the running narration is unnecessary and redundant. Parker must have been paid by the word.
Did Mac Raboy draw the cover?

That's a nifty idea. I wonder if it would help smooth out the deadline crunch?

Anyways I love a good Bullet man story. This has to be my favorite week in quite a while.

I have to admit that I chuckled at the puffy "nuts to you" in the smoke at the bottom of page twelve. Sly.