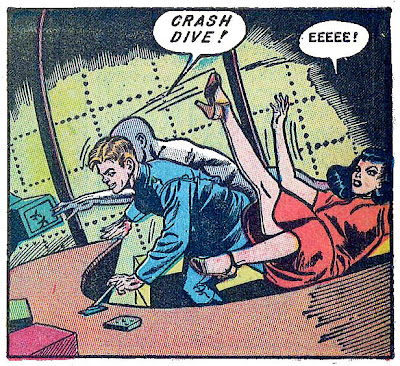 These two stories are from the next to last issue of Modern Comics. The title had changed from Military Comics, and it was in issue #1 that Blackhawk was born of World War II. The character and his gang survived the war, and became international troubleshooters and soldiers of fortune. [SPOILER ALERT: The Blackhawks also came up against plots where some fantastic trickery is involved, including this one where a spaceship and creatures from outer space are faked. Stories like these ignore the costs of such deception, which include creating and building, and in this one, the technology involved in making functioning robots with built-in microfilm cameras. Even if such a plot were to work the end result could not be worth what has been put into it. We accept the ridiculous flim-flam because it's a comic book. Just sayin'. END OF SPOILER] The artists are unknown to the Grand Comics Database, but William Woolfolk gets the nod for the script.

I’m also including the Torchy story from the issue. It’s drawn by Gill Fox. Torchy is fooled by an antique word and comedy results. The word, “gaiters,” I didn’t know, and I spend a lot of time with my nose in old books. See, comics can be educational as well as entertaining. 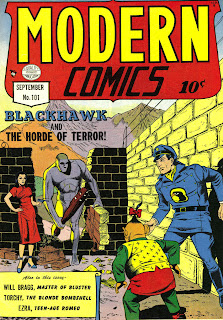 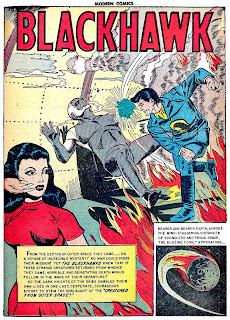 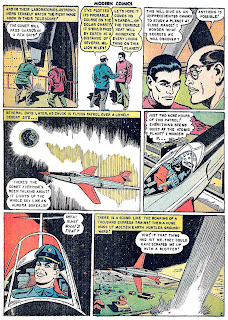 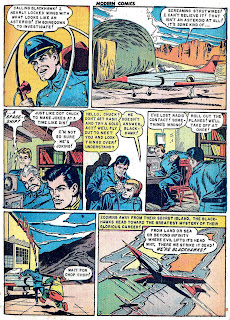 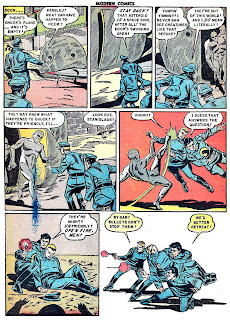 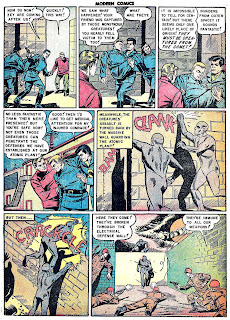 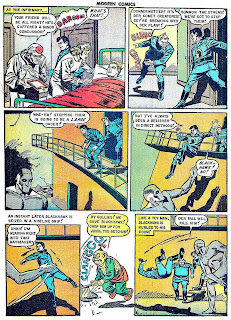 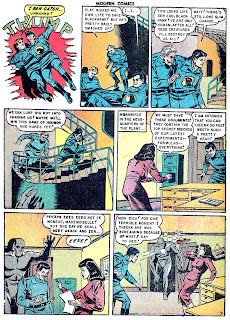 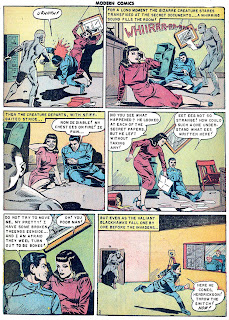 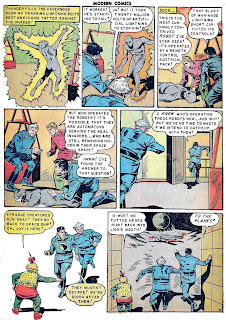 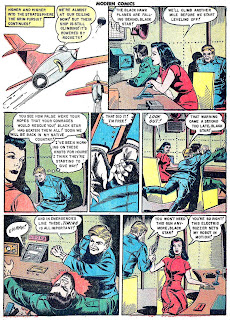 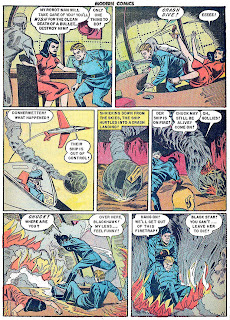 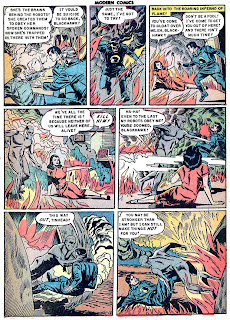 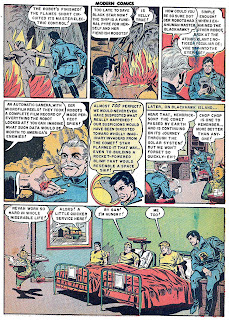 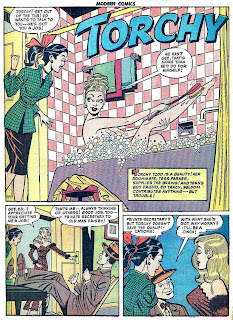 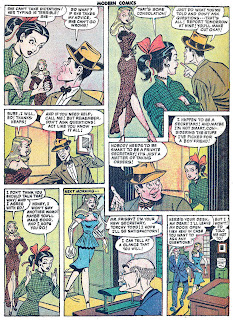 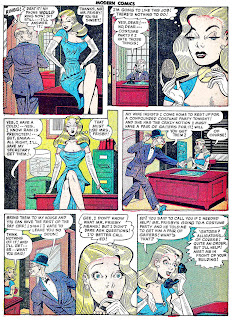 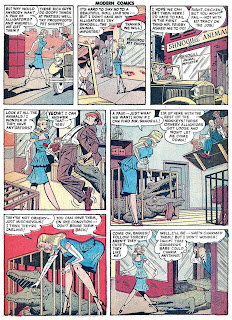 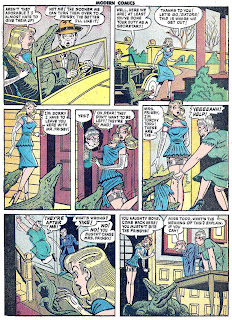 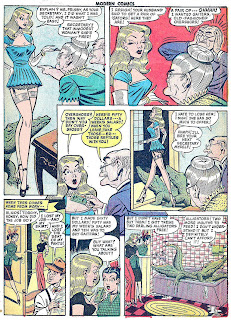 Darkmark, from the online Merriam-Webster Dictionary:

Definition of GAITER
1: a cloth or leather leg covering reaching from the instep to above the ankle or to mid-calf or knee
2a : an overshoe with fabric upper
b : an ankle-high shoe with elastic gores in the sides

Yeah. When I was a kid, gaiters were the rubber boots you could wear over your shoes when it rained. I always thought these newfangled "Crocks" were making a play on the word--although they are hardly waterproof or overshoes. They are, at least, made out of rubber.

The other word for suspenders was "bracers".