Number 1404: The terror at the castle 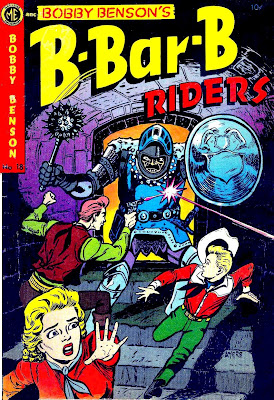 Bobby Benson was a popular radio character from the series Bobby Benson’s B-Bar-B Riders. The show originated in 1934. It went off the air after a time, and was resurrected in 1949, where it was broadcast until 1955. ME Comics picked up the licensing for a comic book which lasted 20 issues. Some of the stories had horror elements, not unlike the Ghost Rider series appearing simultaneously for ME, and drawn, as is this story, by comic book journeyman Dick Ayers. 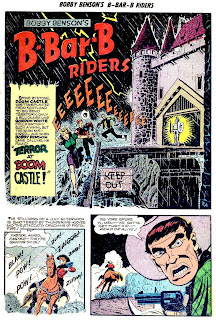 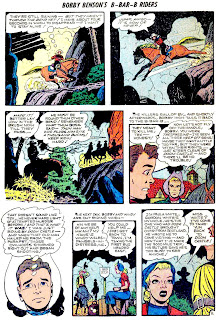 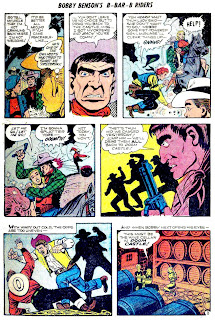 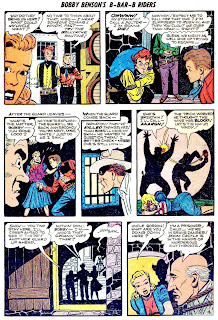 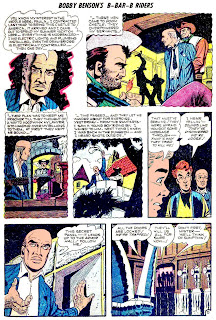 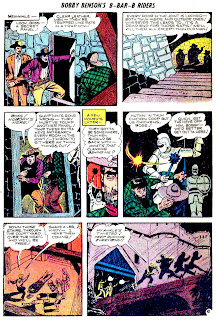 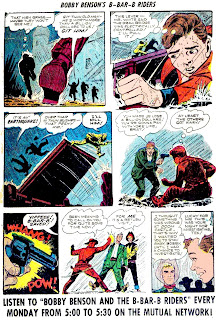