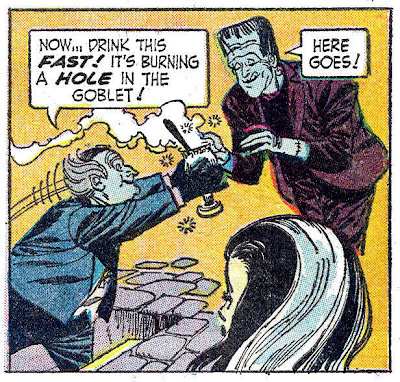 Yesterday I featured a Mandrake comic drawn by Fred Fredericks; today even more by Fredericks.

Harold “Fred” Fredericks Jr was born in 1929 and became a cartoonist after the war. His work on The Munsters is some really fine work. Our knowledgeable friend, Alberto Becattini, who provides much information on Dell/Gold Key comics to the Grand Comics Database, credits Fredericks with not only the artwork, but the script and the lettering. About the only things not credited to Fred are the coloring and running the printing press. Fredericks is a man with several dimensions to his talent. Alberto also gives credit to him for the strip, “Liddle Wolfgang,” which is drawn in the style of Jay Ward’s Fractured Fairy Tales TV cartoons. I’m showing that three-page story, also. Fredericks had the gift for comic exaggeration, and it shows in both examples. 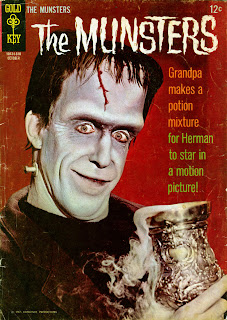 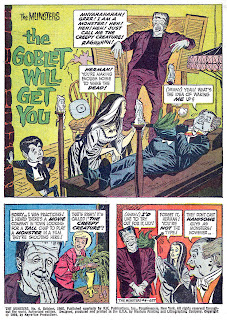 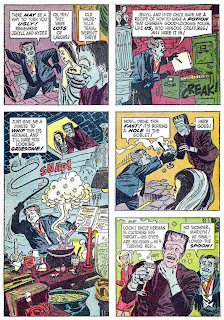 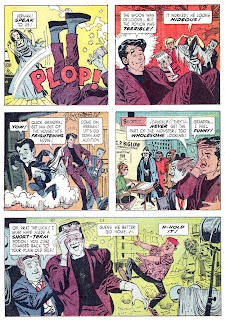 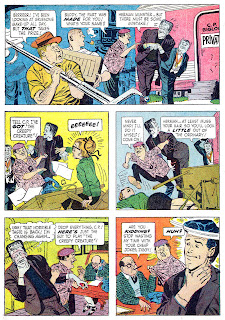 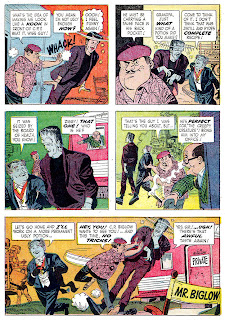 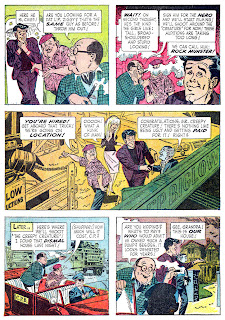 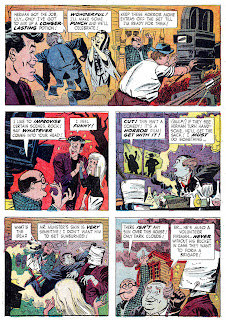 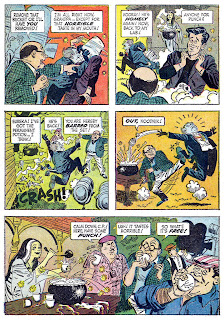 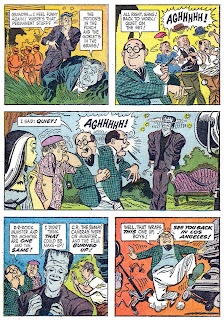 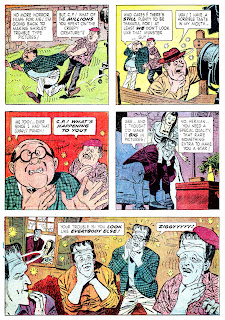 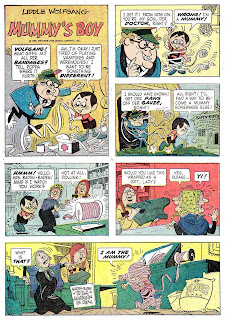 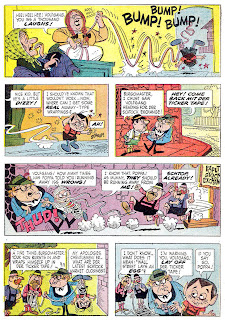 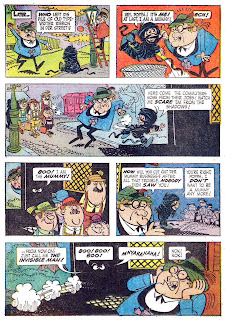 Somewhere around here I have a cartoon book from Scholastic entitled REBEL, drawn and written by Fred Fredricks. It's the adventures of a high-schooler, Rebel, and his bunch, presented in comic-strip format, and it's fun. Maybe one day I'll get around to scanning it.

OMG Pappy thanx 4 this comic cuz I was lookin 4 sumthing SPOOKERY but like not 2 spookery 4 our new spookery blog on spookery.us Hooray! OMG We luv u Pappy!! XOXOXO

Deb, thanks for the plug, and good luck with your spookery blog on spookery you.