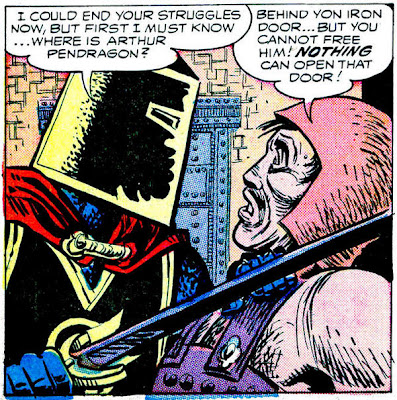 Stan Lee portrayed the Black Knight’s alter ego, Sir Percy, in much the same way the alter ego of Zorro, Don Diego, was played by Tyrone Power in the 1940 movie, The Mark of Zorro. Foppish. Effeminate. The attitudes toward Sir Percy by the characters in the story are insulting, even physical. Modred whacks him with a glove (to which Sir Percy later says to Merlin, the one guy who knows he’s role-playing, “I’ll feel the sting of Modred’s glove till the day I avenge that insult.”) To Lady Rosamund Sir Percy is a “churl,” (I looked it up, it means a rude, boorish person, which Sir Percy is not, and I wonder if Stan threw it in because it looked good, no matter its meaning.) Earlier, in the Black Knight’s origin story (available by a link below this story), Lady Rosamund on first meeting Percy, is positively hostile: “How can you stay around here, like an old man or a woman . . .” (Emphasis mine.) I think you get my point. It was another era when it was okay to disrespect someone who was thought gay. Stan Lee may not have been aware that was what he was doing, or if he was he had no way of knowing it would be brought up by a churlish blogger nearly 60 years hence, forsooth (meaning “in truth.”)

Monday we featured an artist, Fred Fredericks, who could draw a variety of styles and genres, and at Atlas in the fifties that described Joe Maneely, a wonderful cartoonist who could draw anything, and was called upon by editor Lee to do so. Westerns to science fiction to humor, medieval knights to horror. All in a day’s work for Joe. One of the greatest tragedies of the golden age of comics is that Maneely died young, in an accident. 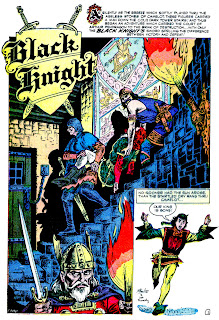 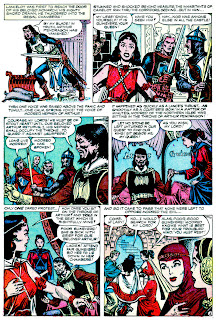 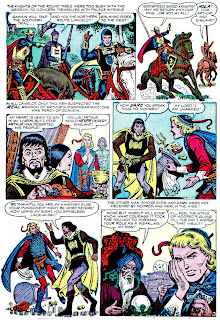 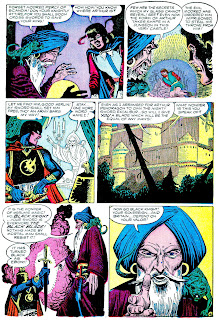 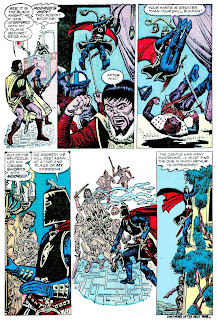 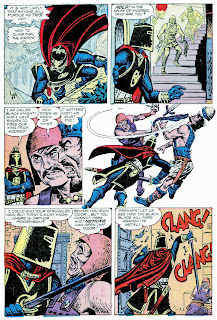 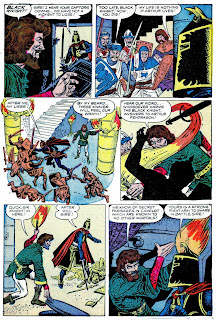 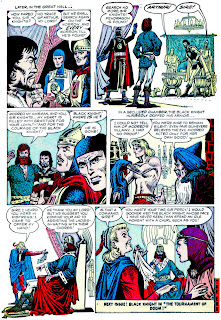 Here’s the other story from the comic, mentioned above. Click on the picture. 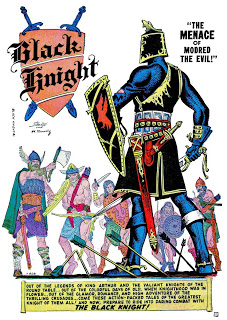 Well, the term “white” has gone through an interesting evolution; within living memory, Poles (such as Blackhawk) and the Irish would not have been considered white.

Anyway, I stopped here to note that Percy's treatment reflects attitudes about gender more than about homosexuality. I know both heterosexuals and open homosexuals who are uncomfortable about violations of social norms for the relationships between sex and gender.

Of course, there are some who now use “gay” to distinguish a particular combination of sexual orientation, gender, and culture amongst men. But we also have the notion of queered straights, who are heterosexuals categorized by mainstream culture as “queer” because of their violations of gender norms.

Another Percy, Blakeney (the Scarlet Pimpernel), represents a hero effectively posing as gay. He isn't simply acting as a fop as a way of diverting suspicion, but is hurtfully rejecting his wife.

Percy of Scandia adopts more the rôle of queered straight, as he makes his interest in Rosamund obvious.

Daniel, perhaps it was the Scarlet Pimpernel novel and movie that forever associated the name "Percy" with someone foppish or effeminate. In my experience, this perfectly good name became a joke for someone thought less than masculine. Stan Lee was using it as code for the readers.

Thanks for your fascinating note.