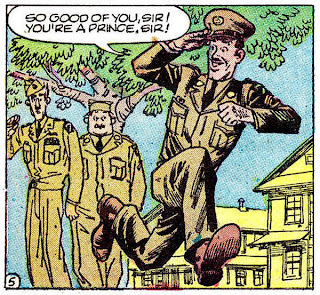 Sergeant Barney Barker, a character from Atlas Comics in the fifties, was cashing in on the popularity of The Phil Silvers Show (originally You’ll Never Get Rich), a CBS comedy starring Silvers as conniving Sergeant Ernie Bilko. I was a Bilko fan, and watched the show in its original run and in syndication.

The sponsor was Camel cigarettes. Here’s an ad from a 1956 campaign tieing in with the show, using a fumetti-style comic strip featuring Silvers and Maurice Gosfield as Pvt. Duane Doberman. 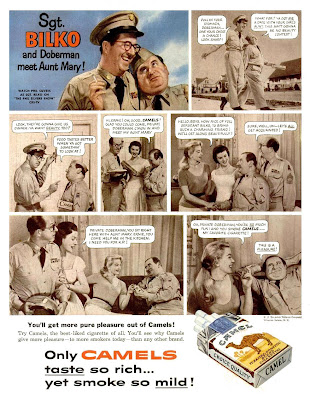 DC Comics licensed the characters for a Sergeant Bilko comic, and even a spin-off title, Sgt. Bilko’s Pvt Doberman, both drawn by Bob Oksner. The derivative Barker strip wasn’t long-lived. According to the Atlas Tales website there was the issue these two short-stories came from, G.I. Tales #4 (1956), and three issues of Sergeant Barney Barker (with a cover tagline, “Even with Barker we won the war!”) Nowadays I can appreciate Barney Barker because it was drawn by John Severin. In the fifties I would have turned up my nose at it for being “fake Bilko.” Yes, I was that kind of person; I didn’t like imitation, and yet now I see it as being an interesting sidelight to the popularity of the television show. 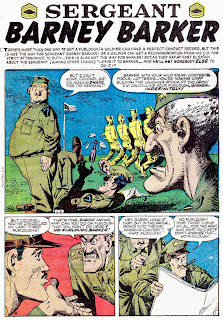 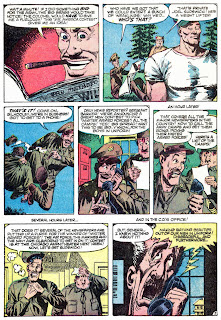 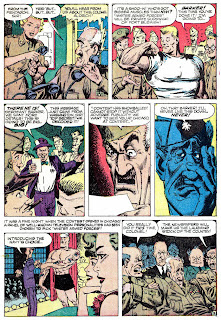 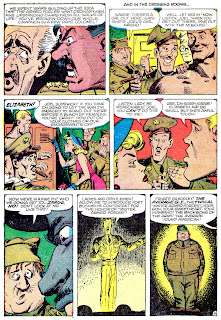 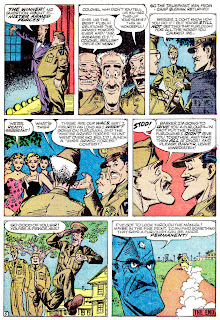 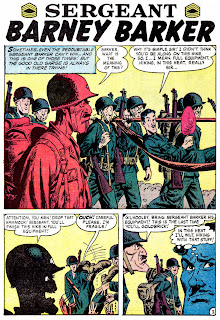 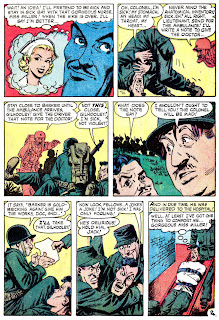 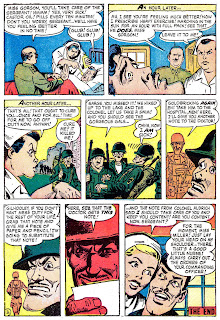 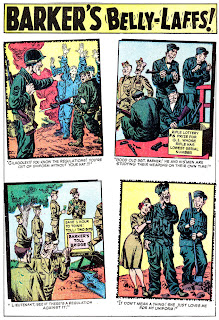 Here's yet another Barney Barker story from Four-Color Shadows.
Posted by Pappy at 12:01 AM

Marvelous! I have also always been a the Phil Silvers Show fan, and these light (headed) knockoffs are kind of a gold mine. Cute, with amazing art. Thanks Pappy! I hope you have many, many more of these.

Cavin, in 1962, in the aftermath of a close call, near-accident on Hollywood Blvd., Silvers called my father a "goddamned idiot." Big Pappy didn't even mind; he was just thrilled to have seen Phil Silvers!

Of course the ultimate Phil Silvers Show ripoff was "Top Cat" - it even used Maurice Gosfield (as Benny)!

rnigma, thanks for the info. I don't think I was aware of it...I didn't watch Top Cat.

I have never been a John Severin fan as his major work always seems stiff, one dimensional, and over-fussed to me. Yet I think his "cartoony" stuff is great. His work always looks liberated by the less-serious topics and stories. Maybe he stopped over-trying for an "artistic" result.

In other words, this stuff is great!

Reading those nice Severin pages, I can't help seeing Stan Lee as the model for Sergeant Barney Barker. After all, Lee served in the military during WWII. I think he stayed in the USA and didn't see any combat, unlike Jack Kirby who fought in France under Patton's outfit.
Anyway Barker reminds me a lot of a Young Stan Lee, lean and tall, thin moustache, cigar smoking...

Four-Color Kid; now that you mention it, Barker looks more like a young Stan Lee than he does Phil Silvers.

Mykal, I think all of Severin's art is great...serious or funny. Right now, though, my real preference is for that amazing work he did for Cracked magazine for decades. Barney Barker seems like a warm-up for his later work in humor magazines (besides his earlier work for Harvey Kurtzman's Mad comics, that is).

Stan is definitely the model for Sgt. Barney Barker. No two ways about it. He probably intended it that way!