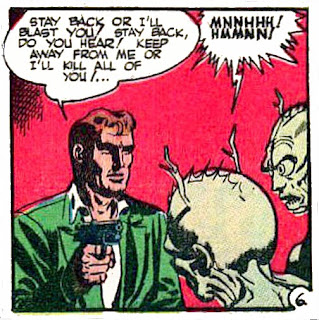 I haven’t seen the book, Wally Wood Strange Worlds of Science Fiction, but I understand it reprints this 1952 Avon one-shot, Flying Saucers. It's a tale that I’ve seen reprinted elsewhere, also. You may have seen it. I don’t know about you, but when it comes to Wood, even if I’ve seen it before, I want to look at it again.

The story takes me back to the early fifties and speculation about the phenomenon of UFOs, then called flying saucers. The stories took flight (ho-ho) in 1947, when Kenneth Arnold, a salesman who piloted his own small airplane, spotted flying objects over the Cascade Mountains in Washington. The truth of what people are seeing has been up in the air (ho-ho-ho) ever since. It’s one of those fascinating enigmas that human beings lock onto, and has been the stuff of speculation and fiction ever since. The Avon comic reminds me of some of the things I read when I was a kid, and anxious to know what all the hubbub was about. There were many books and articles, and many of them gave their version of the “truth” about flying saucers. A few of the many “truths” I read:

The craft were piloted by beings from another world for the purposes of invasion, stealing our water or natural resources, protecting us from ourselves and our nuclear weaponry, or they were one of the lost tribes of Israel. Or flying saucers were not interplanetary: they were developed by the Nazis during World War II, or by the Russians, or secret weapons developed by our own country...

You could just about pick any theory and if it fit into your mindset you could claim it was the real secret of the flying saucers. All of the conflicting theories had their effect on me and the result was I quit reading them. If a UFO lands in the park close to my house and something alien steps out I'll believe. Until then I’ll just let fun stories like this entertain me without straining my brain.

The cover is credited to Gene Fawcette. 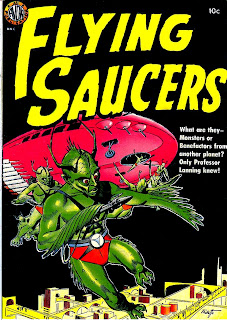 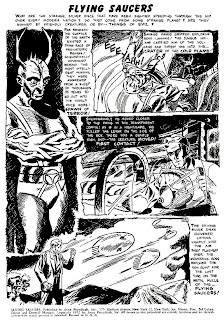 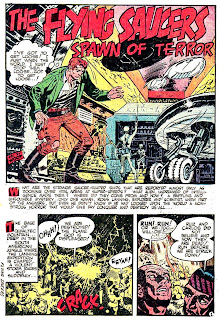 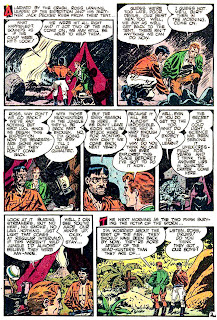 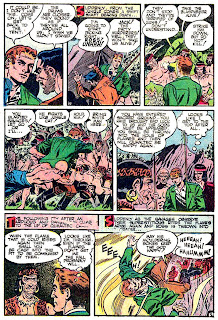 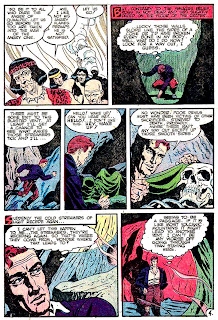 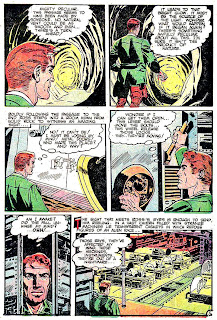 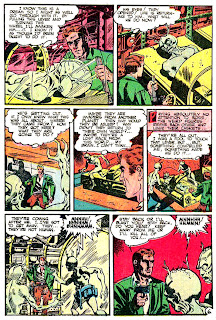 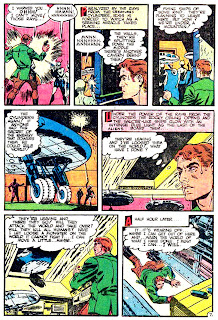 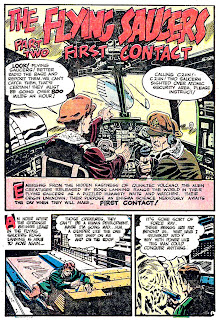 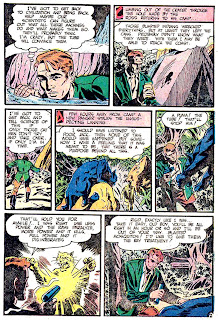 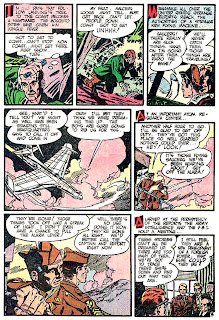 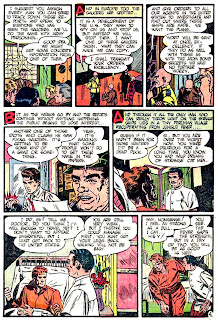 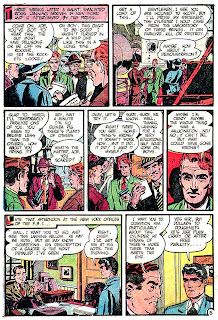 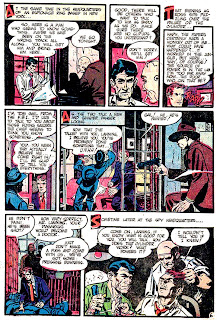 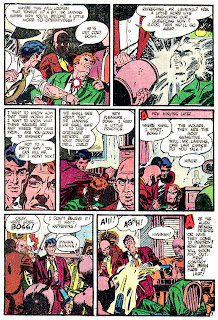 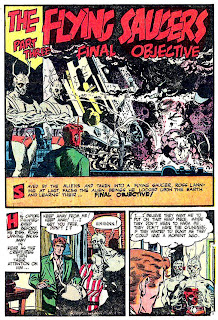 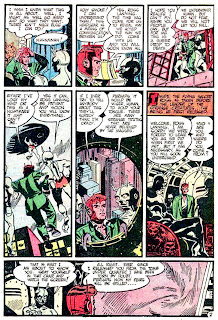 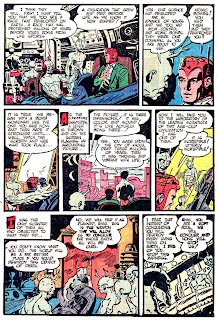 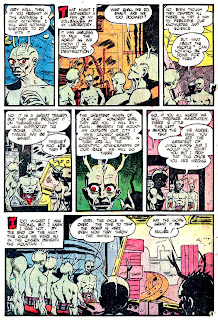 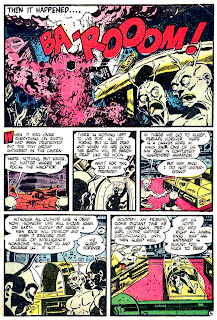 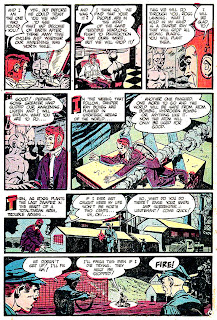 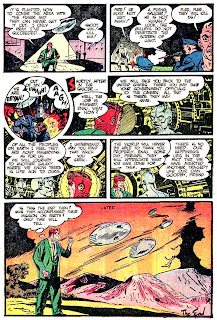 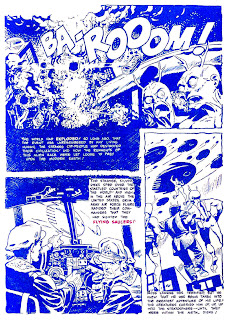 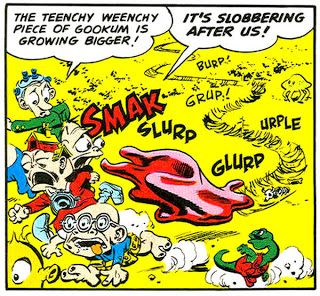 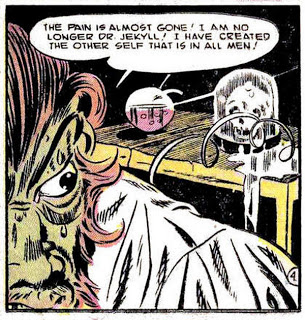 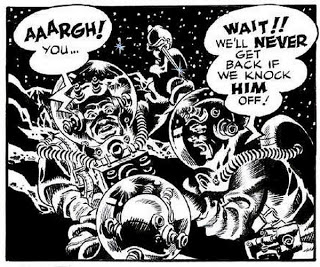 I've never seen this, new Wally Wood (to me) is always a great thing. That said, this isn't the best story for his immense talent, a lot of talking heads and no women in skin-tight laytex suits. :)

It's strange because last night I just re-read Daredevil #7, which is not only one of the best single-issue superhero stories ever (and the prototype for all "against great odds" stories), but it's probably my favorite thing from Wood. Every panel is just incredible.

Wood can draw one mean alien.

Sgt Saucer had this http://saucerblast.blogspot.com/2010/07/flying-saucers.html OMG he worx 4 my sistar Lee now LOL omg we luv u Pappy! <3