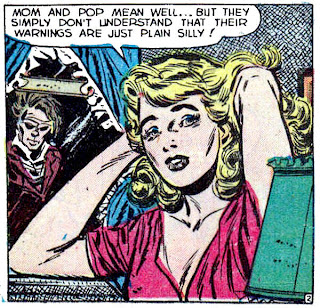 This story from the Standard Comics 1953 issue of Who Is Next #5 (actually #1 — and only issue) is inspired by a real-life case. In 1946 Chicago a message was left behind at a crime scene: 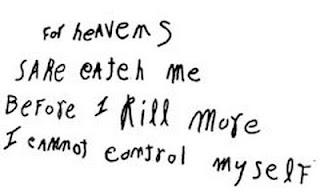 Click on the picture for a short article on Heirens, which includes a two-page Life magazine article from 1946 about the case.


The so-called Lipstick Killer was caught and identified as William Heirens. Heirens died in prison at age 83, after serving the longest term of any inmate in the U.S.

In this story, drawn by Mike Sekowsky and an unknown inker, ugliness is the motive. A poor homely schmuck from a dysfunctional home kills beautiful girls because they are repelled by his looks. I’ve always found plots like that kind of cheap. If that was a motive for murder there wouldn’t be anyone left. 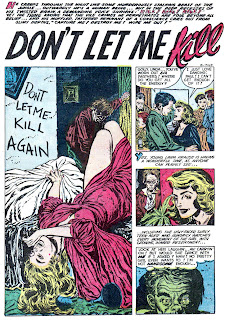 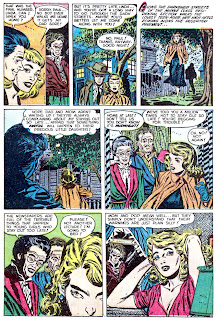 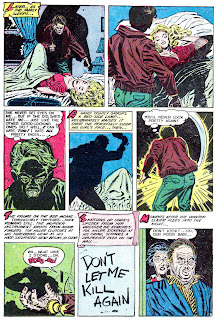 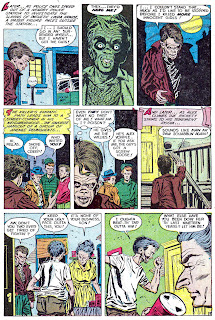 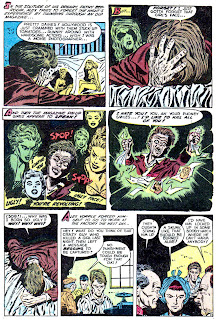 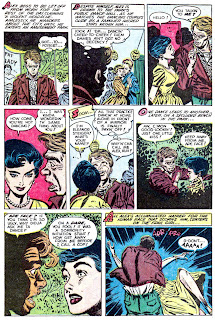 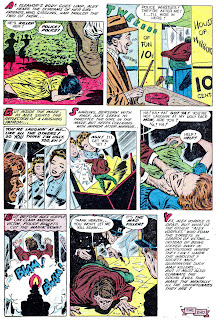 Email ThisBlogThis!Share to TwitterShare to FacebookShare to Pinterest
Labels: Mike Sekowsky, Standard Comics, Who Is Next, William Heirens

Another fine job from Sekowsky, especially the in-shadows face of the killers.

Everybody should take a couple moments out and either look at the true crime library for Heirens or the Wikipedia article. It's fascinating, and it's hard to not think the guy could have been railroaded.

It's not like the cops in those days were above beating the crap out of a suspect to get him to confess, whether he did it or not.