In casting about for ideas for a new comic book character someone at Harvey Comics decided a man wrongfully convicted of murder would be a good candidate to join the costumed hero ranks. In 1941 his origin was presented in Pocket Comics #1, and I’m showing it to you thanks to the folks at Heritage Auctions who scanned it. You can see the Zebra was a prisoner framed for murder who escaped two days short of his execution date, and set about to clear his name.

Huh. Well, if we accept that then we can accept that his costume, derived from his prison garb, gave him his name.

My usual source for credits, the Grand Comics Database, has no information on the artist for this story. Later the Zebra was put in the hands of artist Bob Fujitani. The costume was modified (stripes on shirt only), as shown in an April posting, Pappy's #1354. 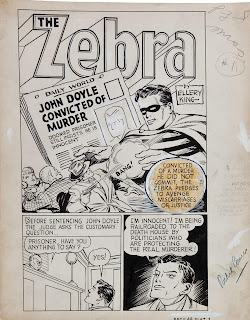 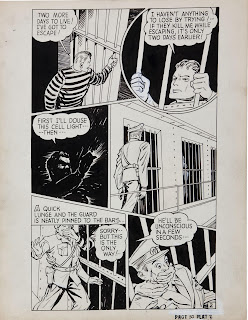 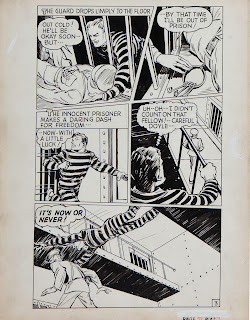 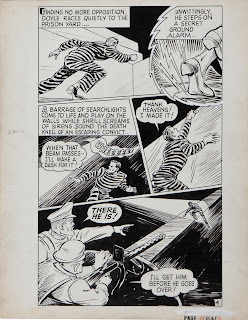 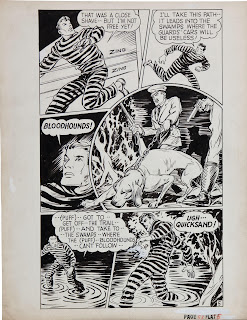 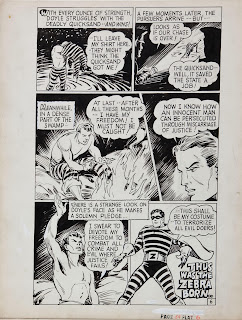 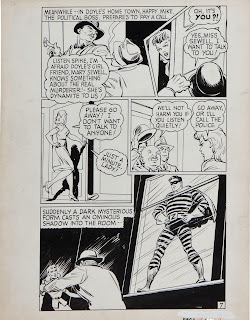 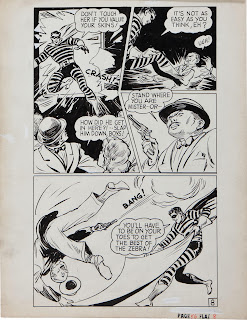 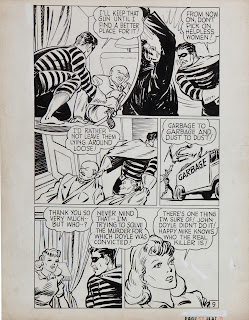 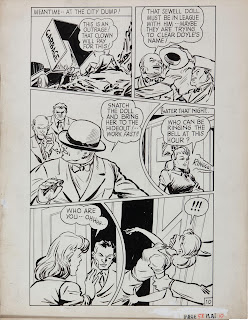 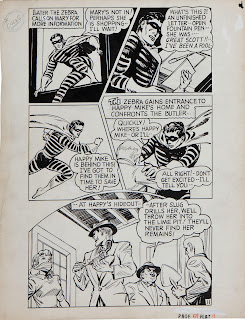 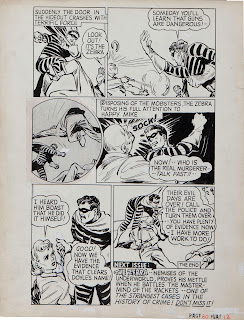 Well, Zeeb's less ridiculous than poor ol' "#711," who also popped up in 1941 over in Quality's Police Comics alongside Plastic Man.

#711 had a similar but far more elaborate (and preposterous) origin and situation than The Zebra, in which he remained in prison but escaped constantly to carry out his crusade against crime, only to hustle back to his cell before roll call.

He never thought about wearing a mask, and was I.D.'d by bad guys every time he stepped into the light; fortunately, after learning his identity their survival rates fell below that of people who have unmasked Batman. I suppose that's why everyone pretended that #711's crimefighting pseudonym wasn't his prison number.

As one might imagine, such a clumsy set-up couldn't last, and in Police Comics #16, #711's successor Destiny found himself tracking down the thug who had murdered #711 in the previous issue.

And now, the fun part: The Comet, introduced in 1940 (in Pep Comics #1), ALSO ran afoul of law enforcement, and died in Pep #17, only to be replaced by his brother as The Hangman--who would be far more successful and long-lived under the pen of...Bob Fujitani.