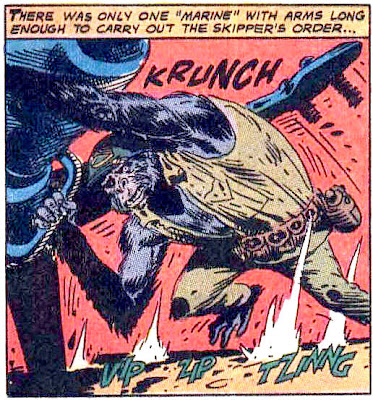 I don't need to introduce Joe Kubert to anyone who has read comics at any time in the past seven decades. But I might need to introduce to new readers of Pappy's the thing I have for gorillas and apes in comic books. As the story goes, told by none other than Irwin Donenfield, DC Comics' business manager for years, when DC published a comic with a simian on the cover sales went up. So that's why so many hairy, tree-swinging types showed up in DC Comics. And like so many other comic book buyers I was drawn to them. Ooook, ook!

“You Can't Pin A Medal On A Gorilla!” was scripted by editor/writer Robert Kanigher, who was no stranger to wild premises for his stories. Looking at this story as I cleaned up the scans once again renewed my sense of awe at Kubert's ability. His storytelling and artwork are both perfect. It's fun to study his technique, which was to outline his pencils with a pen, then go back in with a brush. This story was drawn just five years before Joe took over the greatest “ape comic” of them all, Tarzan of the Apes! 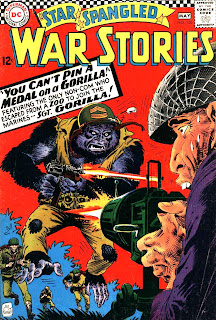 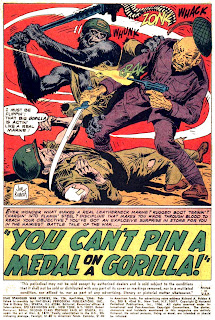 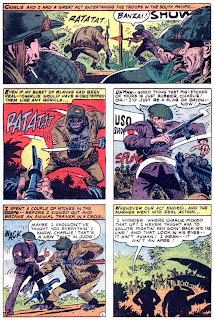 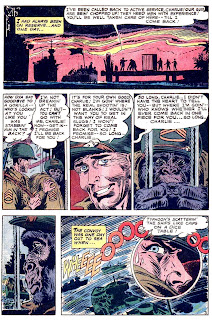 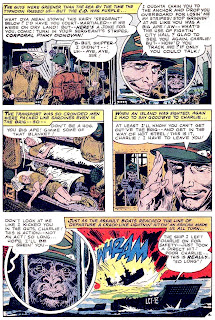 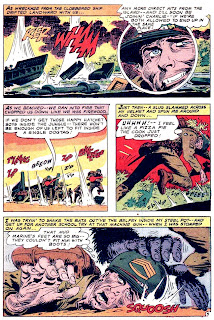 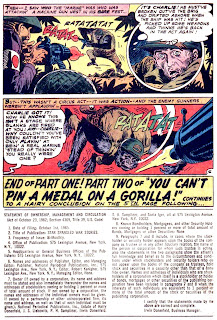 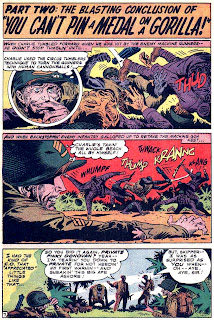 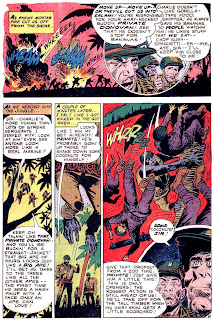 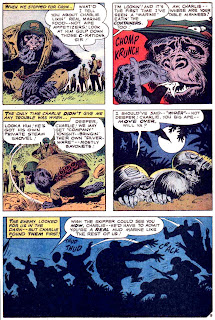 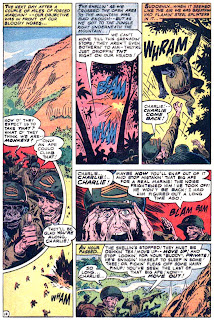 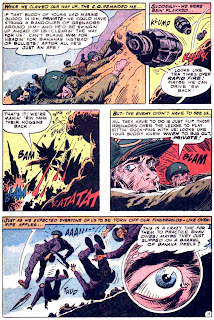 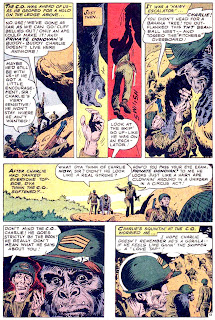 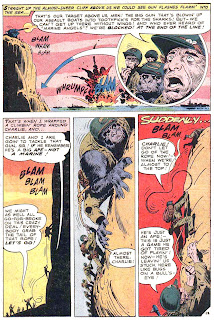 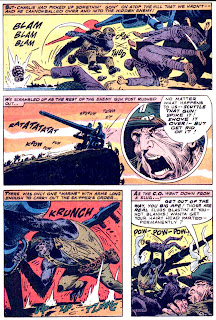 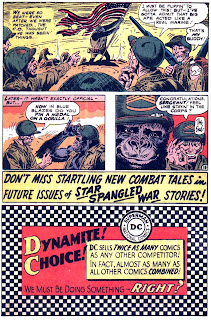 The DC house ad after the end of the story claims DC Comics sold “twice as many comics as any other competitor, and almost as many comics as all other comic book publishers combined.” Whether that's true or an exaggeration I'm not sure (Marvel was doing very well at the time this was published in 1967, and as I recall the Walt Disney titles from Gold Key were perennial best sellers), but there was no doubt that for many years DC, with its excellent distribution, iconic superheroes, and multiple titles covering all comic book genres, was the proverbial 800-pound gorilla of the comic book business.
Posted by Pappy at 12:01 AM

For a war story, it's very sweet, and I was really scared they would go for a sad ending and we'd lose Charlie in some suicide run. That's the sure sign of strong story telling, all in limited pages.

The CO constantly doubting Charlie got a little old, though!

Kubert's gorilla faces -- especially the shy smile Charlie gives -- is really wonderful. He remains ape-like but looks all to human.