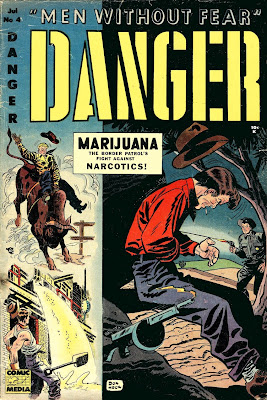 Pete Morisi and Don Heck met when they were both members of the Harvey Comics production department in the late forties. Both began their art careers in the Golden Age, and continued into the Silver Age.  Heck was doing fantasy and science fiction for Stan Lee at Marvel, and Morisi, by then a member of the New York Police Department who used the acronym PAM for his comic book work, had created and was writing and drawing Peter Cannon, Thunderbolt, for Charlton.

These two short stories, from 1953, are for the Comic Media title, Danger. At the time Morisi was also doing the Mike Hammer-style private eye, Johnny Dynamite, for Comic Media, while Heck was doing horror comics for the same publisher. Morisi used a clean, medium ink line, in contrast to Heck, who was then an acolyte of the Milton Caniff school of comic art illustration. 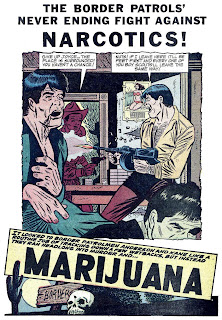 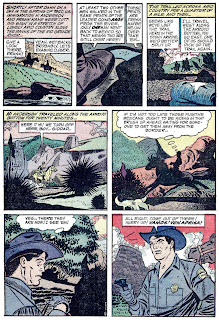 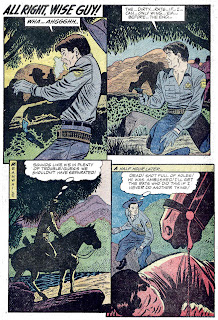 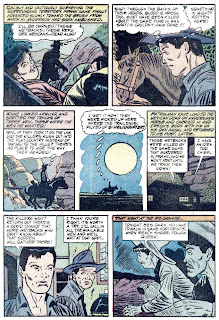 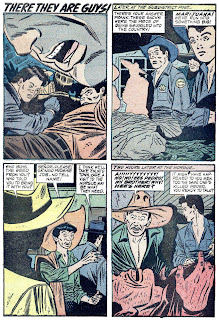 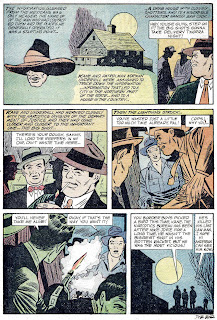 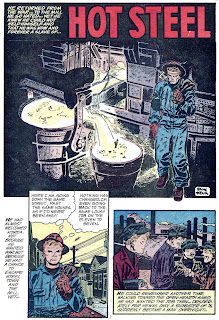 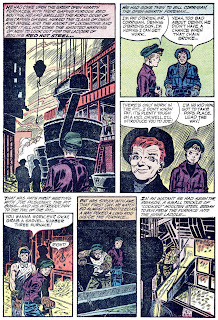 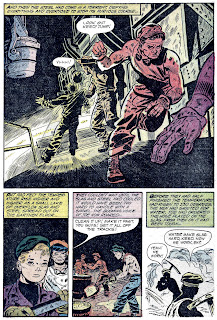 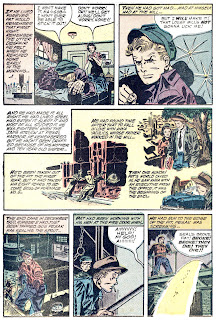 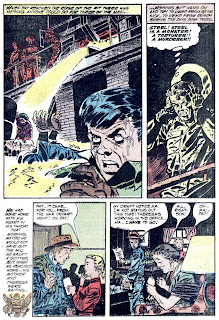 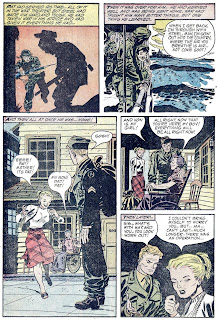 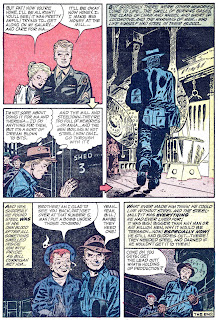 The first story, bad writing and racism aside had a point. A bad point, but it had a point.

The second one, what is that story trying to tell us? To not rise above our stations? That Peter Parker wasn't the only guy needing to raise money from an elderly woman's operation?

Gumba, I'd say your conclusions are right. And people still die from not having money or insurance.